Authors use of a 3D convolutional neural network (CNN) as their model.

The FOD-Net architecture consists of:

The input to the network are the SH expansion coefficients, which can be set to a fixed length regardless of the number of gradient encoding directions. The network outputs the super-resolved version of the central voxel of the input patch.

The coefficients are normalized to avoid high order SH terms to have values close to zero. The data is split into fixed size patches to feed it to the network. 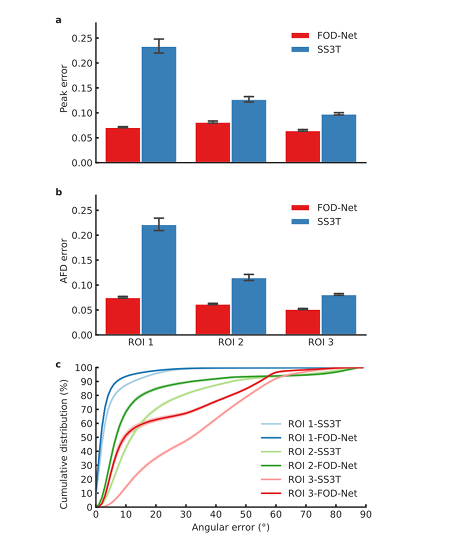 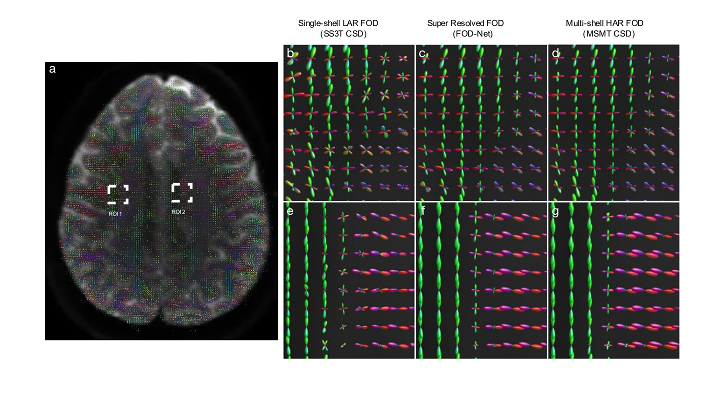 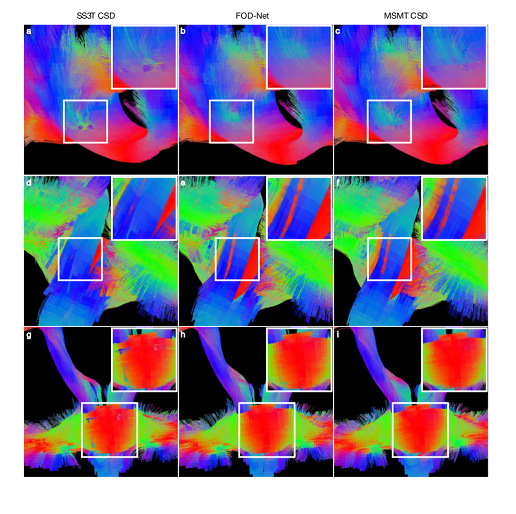 FOD-Net produces FODs of equivalent quality to those produced from more advanced multi-shell HARDI data, but requires only a fraction of the dMRI data.

The use of SH coefficient patches provides the network some spatial context information, and might be thought as compensating the lack of angular contrast.

Peak error computed by the absolute difference between the amplitude of a FOD estimate at the maximum peak and its corresponding ‘ground-truth’.