In this work, the authors are able to use the Wasserstein distance as a distance metric by reformulating \(Z\) to model the quantile function of the return distribution instead of its PMF. 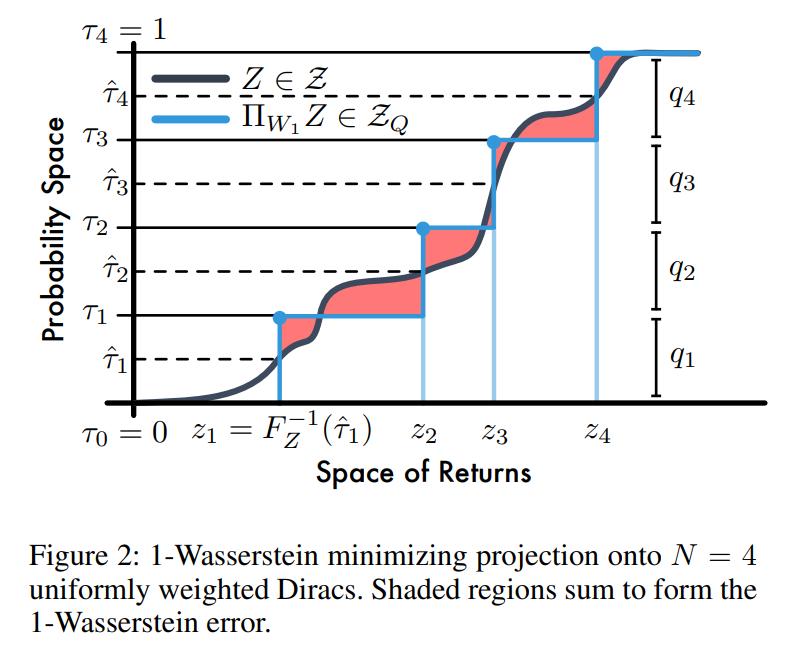 Compared to the original parametrization, the benefits of a parameterized quantile distribution are threefold. First, (1) we are not restricted to prespecified bounds on the support, or a uniform resolution, potentially leading to significantly more accurate predictions when the range of returns vary greatly across states. This also (2) lets us do away with the unwieldy projection step present in C51, as there are no issues of disjoint supports. Together, these obviate the need for domain knowledge about the bounds of the return distribution when applying the algorithm to new tasks. Finally, (3) this reparametrization allows us to minimize the Wasserstein loss, without suffering from biased gradients, specifically, using quantile regression.

In practice, the authors use a Huber loss version of the above loss. The authors still base their algorithm on DQN, and the algorithm for the quantile update is given below:

To compare themselves against DQN and C512, the authors used the Arcade Learning Environment. 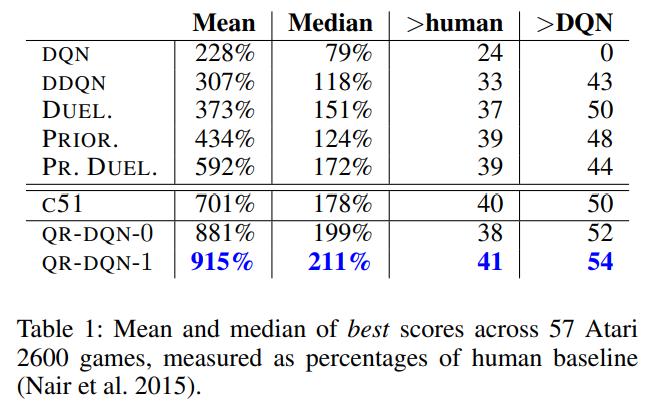 QR-DQN bridges the gap between theory and practice and brings significant performance improvements over C51 and DQN.