The authors state that temporal correlations use in (cardiac) medical imaging has been limited to an additional signal/supervision for segmentation tasks. They propose to use spatiotemporal dynamics to improve disentangled representations.

The SDNet framework is an attempt to decouple anatomical factors from their appearance towards more explainable representations.

The SDNet can be seen as an autoencoder that learns multiple subspaces, namely:

The goal of this architecture is to learn anatomical factors that are both spatially and temporally consistent. To this end, the authors add a UNet to act as a transformer and predict future anatomical components from current ones, conditioned on temporal information. These deformed anatomical factors, together with the fixed modality factors \(z_t\), should be enough to reconstruct the input from a future time point.

Figure 1 illustrates the additions brought by SDTNet (in yellow) to the base SDNet framework.

The overall loss function is a weighted sum (determined empirically) of:

The authors optimized the model using the Exponential Moving Average (EMA), claiming that it detects wider and more generalizable minima.

The experiments were performed on a 3-fold cross-validation split of ACDC’s training set. To obtain consistent temporal transformations, the authors split the sequences in two halves: 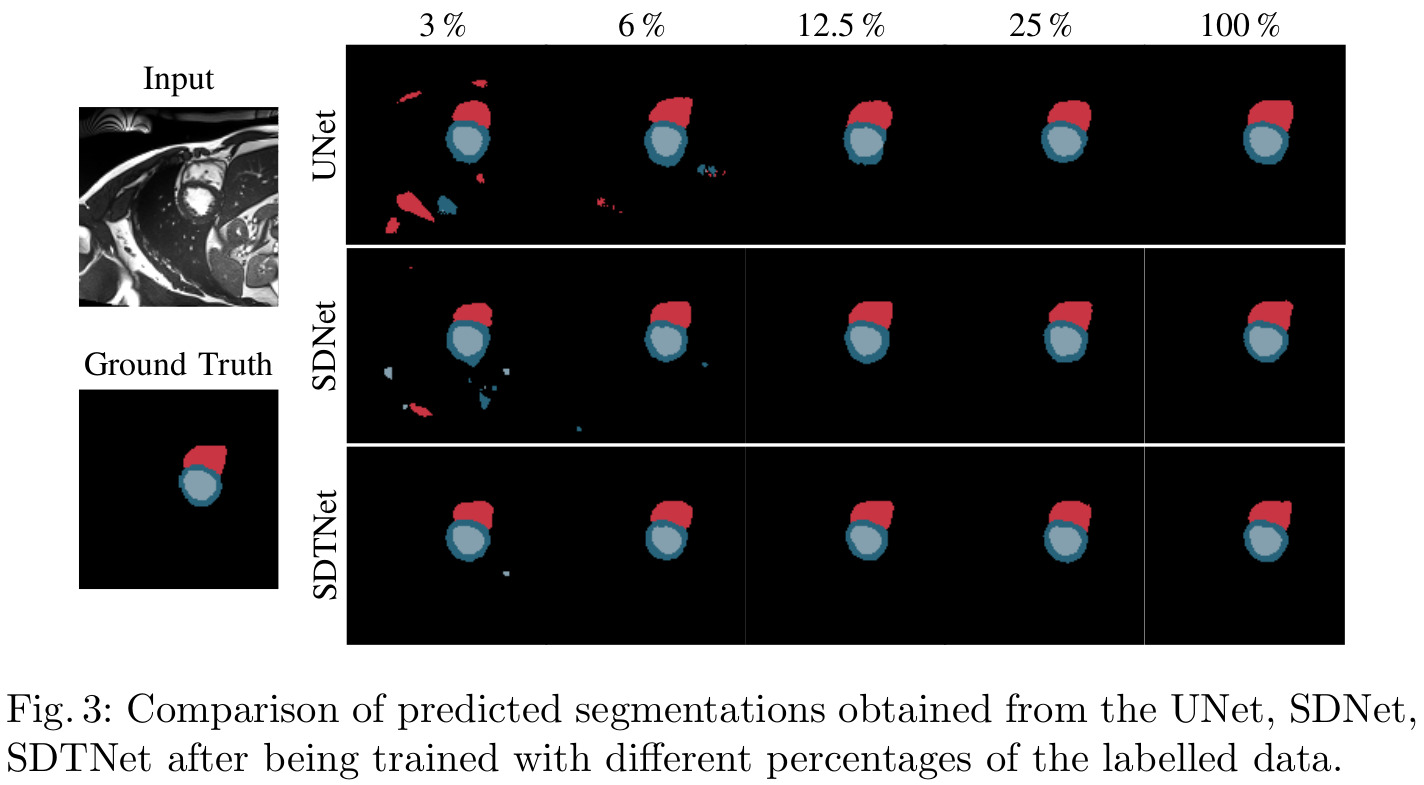