Lottery managers hate him! This DeepMind researcher found one weird trick for rigging the lottery.

In this paper from DeepMind folks, the authors introduce a “dense-sparse-dense”-like method for reducing the number of useless weights in a network. In other words, the goal is to have “winning tickets” for every remaining weight. The Lottery metaphor comes from The Lottery Ticket Hypothesis.

An interesting feature of this approach is that pruned filters can be removed from the graph. The total number of connections (including those currently pruned) can be larger than what the GPU memory allows. In practice this only works for filter-wise sparsity.

Authors claim their method is SotA for sparsity and FLOPs. The improvement is not mind-blowing, but it seems significant. 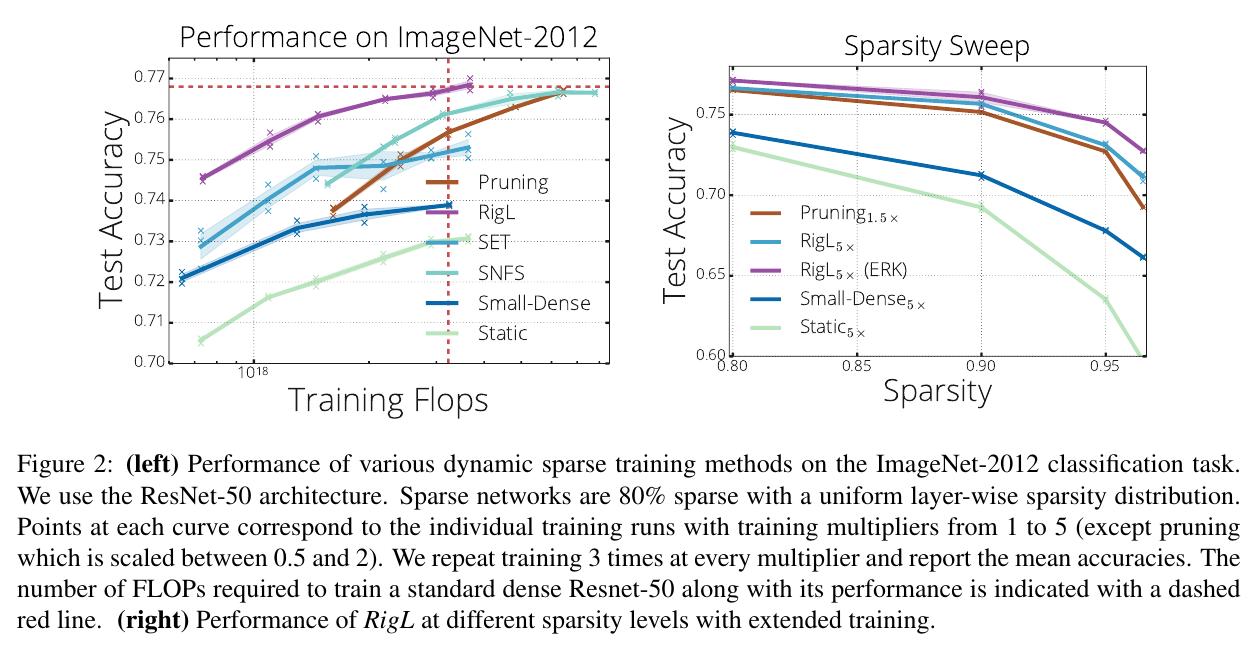 The main novelty of this paper is its “grow criterion”. It is a good idea, that could take off in the “network pruning / architecture search” niche.