DelugeNet is some sort of DenseNet but with a series of blocks and composite layers. The layers operating on the same feature map dimensions can be grouped to form a block. The layers inside the block are fully connected as for DenseNet.

The layers inside a block are bottleneck layers similar to that used in ResNet (c.f Fig.1(a)). The configuration of a block is shown in Fig.1(c). 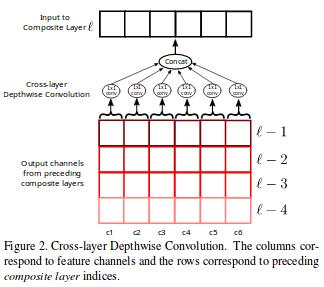 Deluge net is slighly more accurate than Densenet on CIFAR100 (not really on CIFAR10 though) while having fewer parameters. 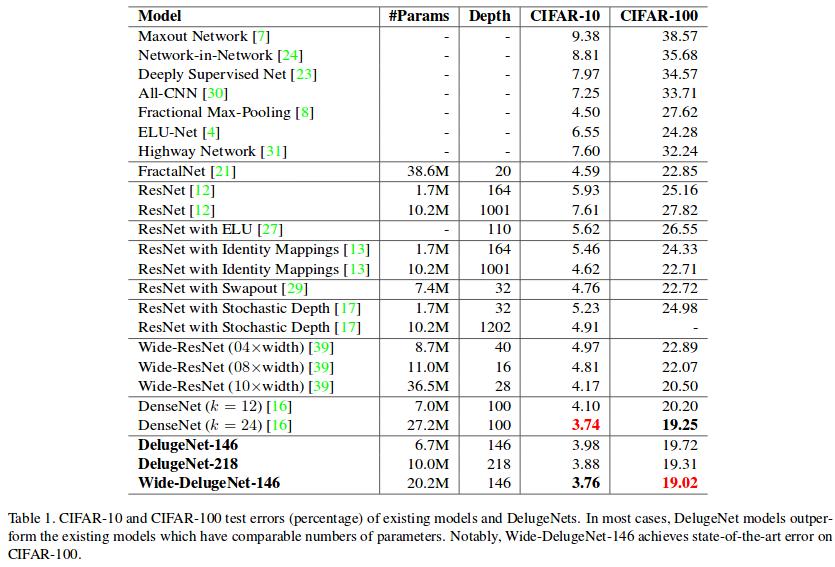