DenseNet is a CNN architecture that includes dense blocks. In a dense block, each layer has access to the feature maps of all preceding layers. Figure 1 shows a dense block.

Dense blocks are chained together using transition layers. The transition layers have the purpose of reducing the spatial extents of their inputs, and can also “compress” the feature maps to a smaller number. Figure 2 shows an example DenseNet architecture.

Different DenseNet architecture have stolen the state of the art from FractalNet and Wide ResNet for CIFAR-10, CIFAR-100 and Street View House Numbers. Moreover, DenseNets are on par with ResNets on the ImageNet classification task, using half the number of parameters (see section 4.4 for details). 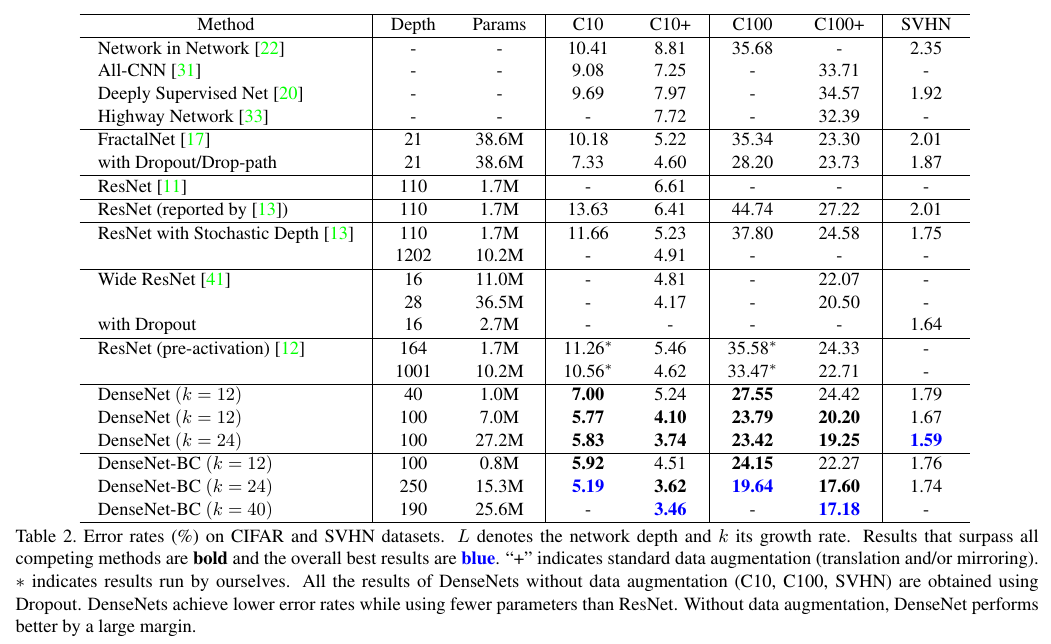 As you can see in the following figure, DenseNets have impressive parameter efficiency and computation efficiency. On the right, see the training and testing curves of a ResNet with 10.2M parameters and a DenseNet with only 0.8M parameters.

As with CIFAR-10, DenseNets are very efficient for the ImageNet classification task.

A very important aspect of DenseNets is feature reuse inside dense blocks. To prove this, the authors made an experiment. The goal was to observe if the connections to early layers in a block are really important. After having trained a DenseNet, they have plotted (see below) the strength of the connections from a layer to all previous layers.