SharpMask was designed as a successor to DeepMask. The main drawbacks from DeepMask are speed and performances. Both can be used as an object detection method when combined with R-CNN. This approach is using the popular U-Net architecture to combine low and high-level features.

SharpMask, using a double pyramid layout, is faster and more accurate than DeepMask. Indeed, SharpMask has an inference time of 0.8s where DeepMask needs more than 1.3 seconds to perform the same task. The authors used DeepMask for the bottom-up pyramid, but they switched the final layers, called “head” to be more efficient. They then add a top-down pyramid and lateral connections to make a prediction in the same way as DeepMask. 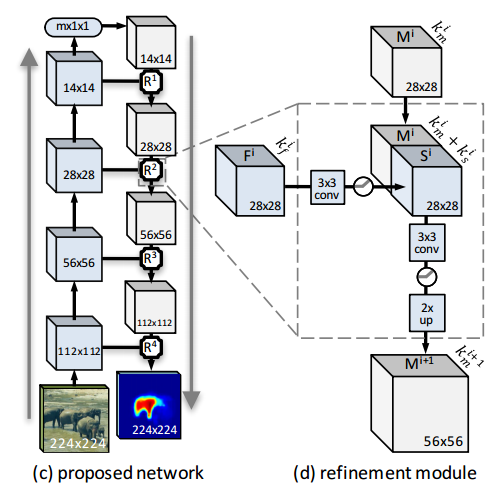 The authors modified the head of DeepMask to be faster. Instead of branching early, they branch just before prediction to have a smaller network. Head C is faster while keeping a good accuracy.