Offline RL is a type of RL where transitions are not gathered by the learning agent, but instead provided by a fixed dataset. Recent advances in offline RL have shown incredibly promising results leveraging often suboptimal data to learn optimal policies.

Offline RL datasets such as D4RL1 are often gathered from the learning process of RL agents. However, some tasks (such as robotic manipulation) are yet to be solved by online RL. Datasets gathered from human demonstrations are therefore an appealing alternative.

In this work, the authors state five challenges of learning from human demonstrations. From the blog post2: 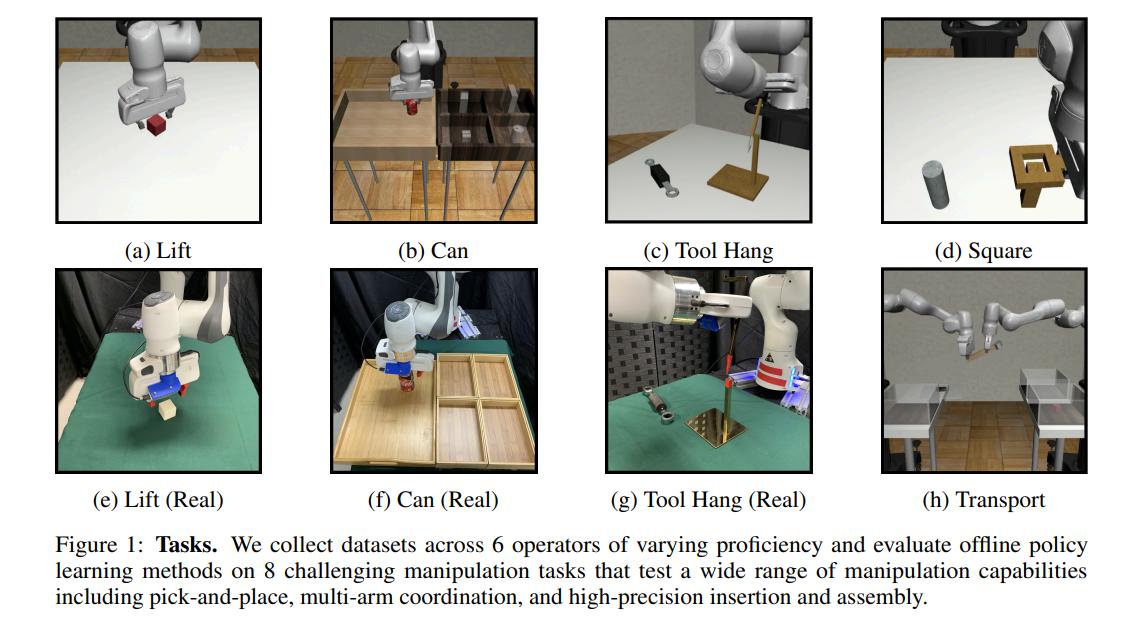 To explore the above challenge, the authors devised 8 robotic manipulation tasks:

From these tasks, the authors gathered (at most) three datasets for each:

Each dataset has both low-dimension observations and images from cameras.

The authors considered six algorithms for the tasks:

The authors devise 7 experiments to test the challenges proposed above:

1.1 BC-RNN performs much better than BC

1.2 Offline RL does not work on human data

Can-Paired is a balanced dataset where a single human operator purposely succeeded and failed 100 times each at the task.

2.1 BC-RNN outperforms other algorithms except IRIS and HBC, which both also have some notion of temporality.

2.2 CQL failed even in the Can-Paired test, where it should have been the best at distinguishing good from bad transitions.

3.2 Adding extra features (like velocities) hurt the performance of agents

3.1 Low-level agents are more tolerant to the LR

3.3 Using a bigger MLP encoder for the RNN reduced performance

3.4 Using a smaller conv encoder instead of the ResNet backbone reduced performance 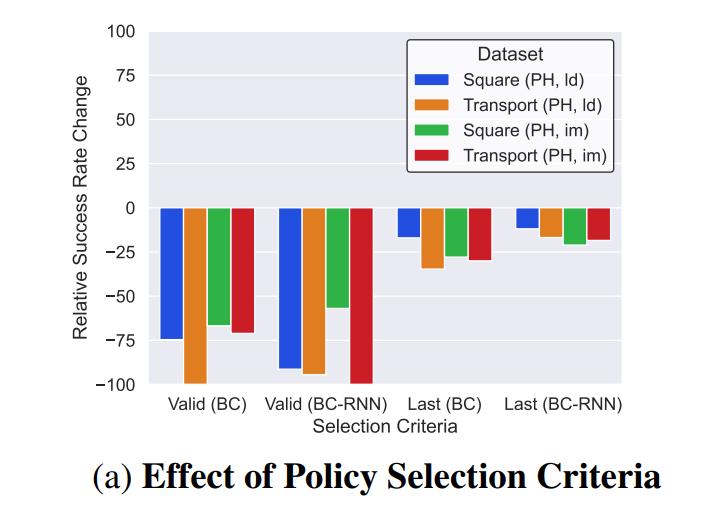 4.1 In both cases, the selected policies were worse than the baseline

The authors provide five lessons to be learned from the experiments.

(L3) Policy selection is a hard problem in the offline setting

(L6) Transferring to the real world from simulation can work.