This paper presents an updated version of the seminal triplet loss. Their proposed loss is called center-oriented margin-free triplet loss (or COM-Triplet). It has the following two main characteristics:

They also show how to use their loss on unlabelled data. They tested their method on skin lesion images. 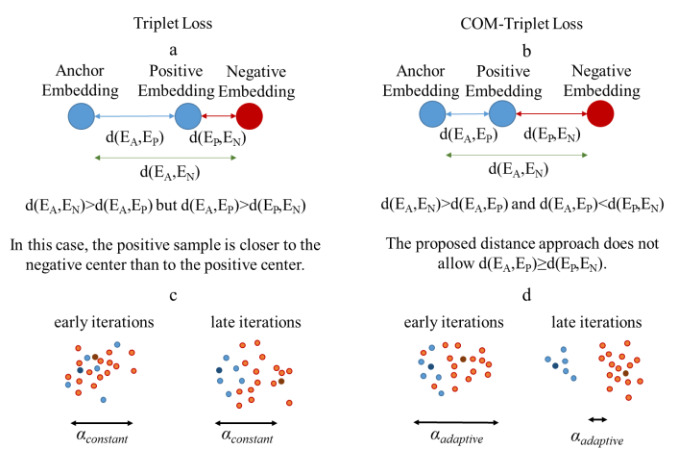 The idea behind the COM-Triplet loss is well illustrated in the previous figure. Instead of only considering the pair-wise distances between an anchor point and a positive and negative point as in the original triplet loss

I also like the idea that the margin has been made adaptive by setting it to be the opposite of the positive-negative distance:

For the triplet loss to work, data has to be labelled as positive and negative. So, in case one has to deal with unsupervised data, the authors propose to use a Gaussian Mixture Model to automatically assign labels. This leads to a “Soft” version of their COM-Triplet. See paper for more details. 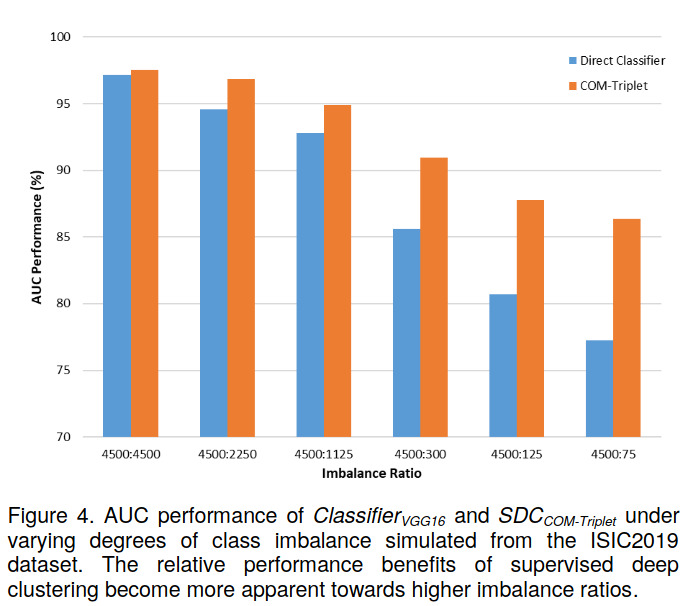