Although Variatonal Autoencoder (VAE) models have become popular in the last few years to model the distribution of 2D data, their application to 3D data remains very limited. This can be explained by limitations in available training data and computational resources. Thus, volumetric VAEs mainly showed results on down-sampled coarse 3D data, for example 3x64x64x32 space-time cuboids, instead of the more usual 256x256x256 resolution.

The authors’ proposed method is quite simple. They train a 2D VAE to generate MRI slices, and use a Gaussian model to represent the distribution of each latent variable across the slices. Latent variables are assumed to be independent. 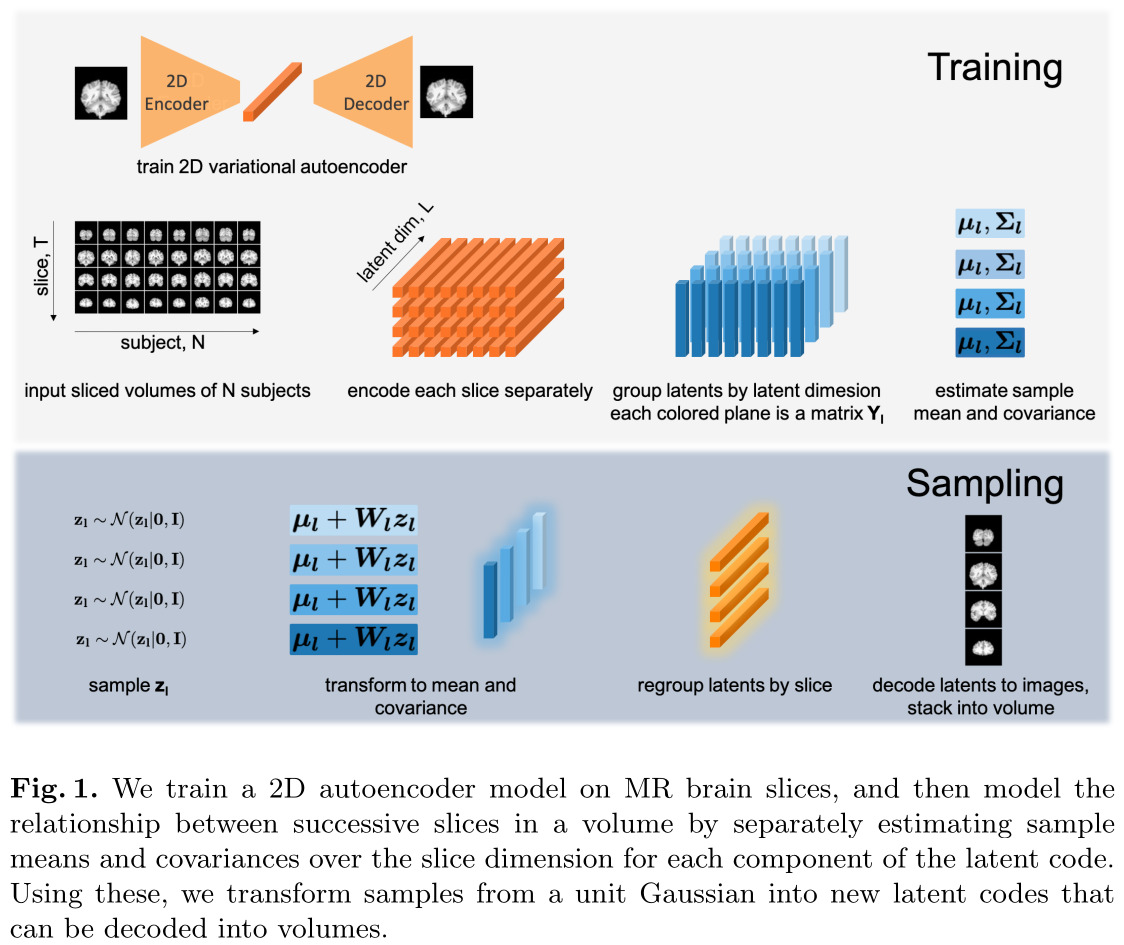 Thus, the Gaussian model for the latent vectors is:

Evaluating quality of the generated samples with RAS

The authors also propose a new metric to evaluate how “real” a generated volume appears to both a segmentation network and a registration algorithm. Their metric can be computed like follows:

The authors apply their method to T1 weighted MRI volumes from the Human Connectome Project (HCP) dataset, with some custom preprocessing. In the end, they use 960 volumes for training and 40 for validation, resampled to ensure a consistent size of 256x256x256 at 0.7x0.7x.07 mm3 resolution. 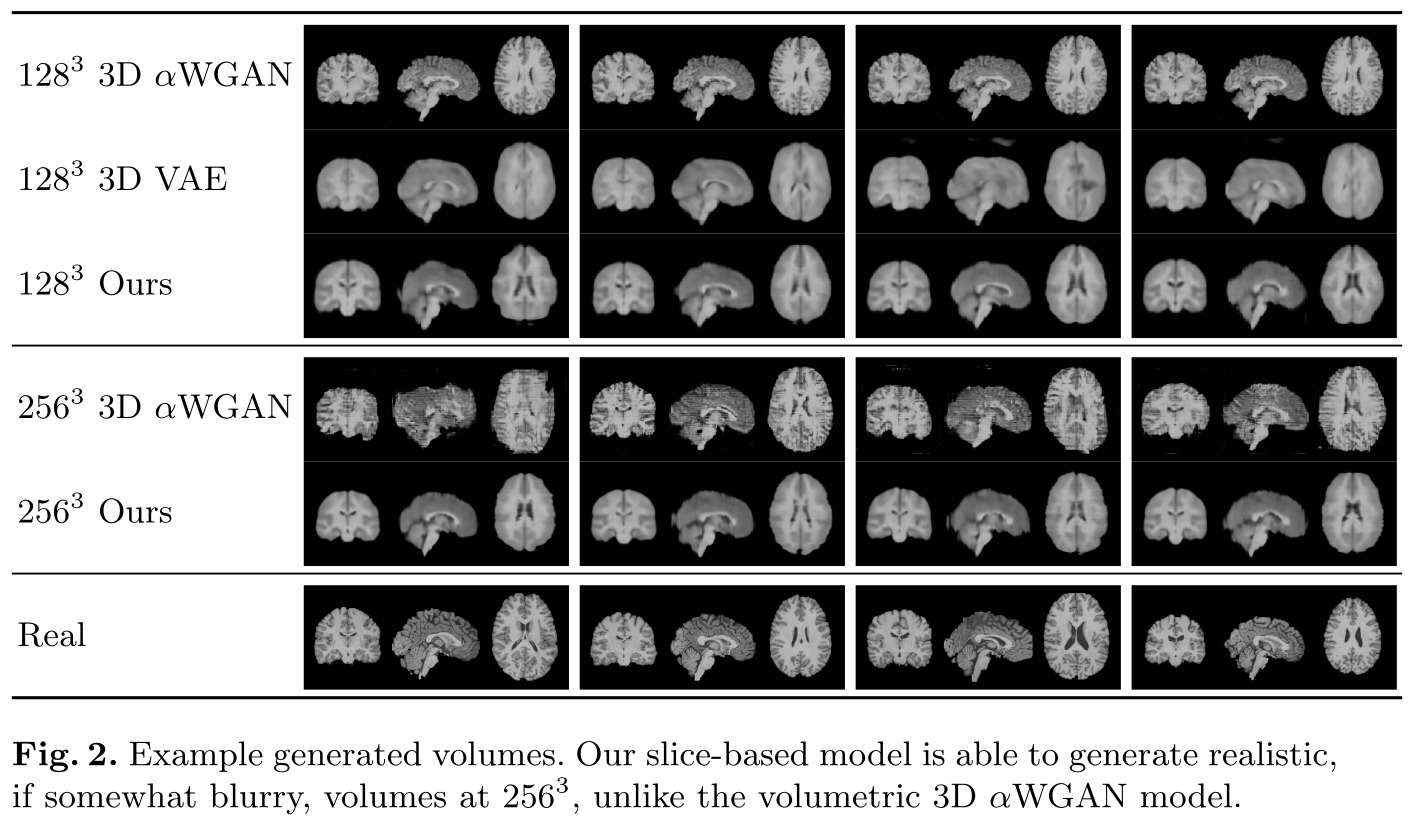 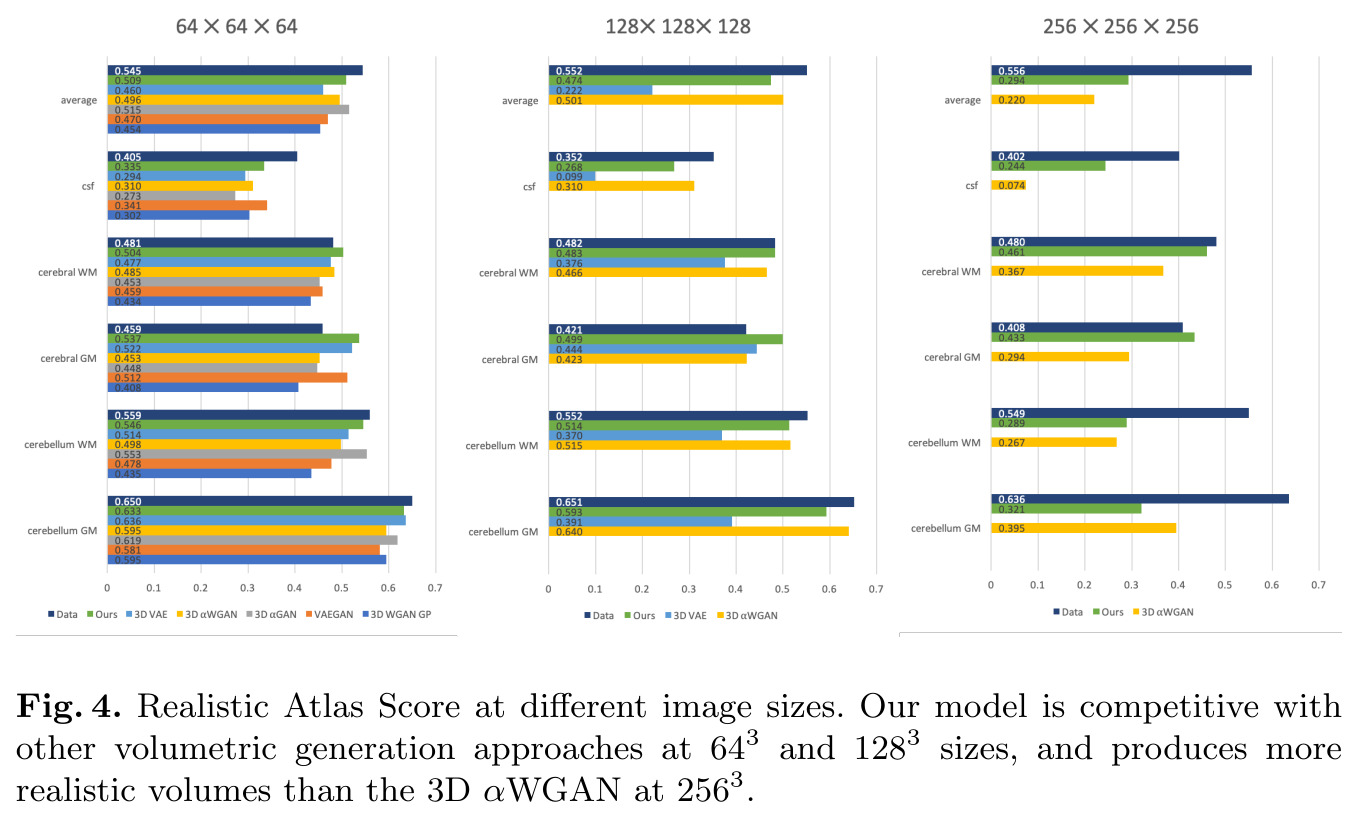