In this paper, the authors assume a setting where the users have access to both the model and the objects they want to detect with the model.

Consider the vision task of detecting a landing pad from a drone, or classifying manufacturing components from a factory robot. In both these tasks, reliable in-distribution performance is a necessity and a number of possible distribution shifts may occur at deployment time.

In these scenarios, the system designer has control over not only the model that is used but also the physical objects that the model operates on.

The authors demonstrate that the designer can use this capability to modify these objects to majorly boost the model’s ability to solve the problem at hand.

Adversarial examples are small, carefully constructed (by optimization) perturbations to natural images that can induce arbitrary (mis) behaviour from machine learning models. They are constructed by maximizing the loss of a model with respect to the input, that is

The goal of the authors is to modify the design of objects so that they are more easily recognizable by computer vision systems. They instead minimize the loss of the system, that is,

But such access to test inputs is unrealistic. Instead, we have limited control over some physical objects; these objects are in turn captured within image inputs, along with many signals that are out of our control, such as camera artifacts, weather effects, or background scenery.

In this paper, the authors construct physically realizable objects optimized to minimize (rather than maximize like for adversarial examples) the loss of a target classifier. 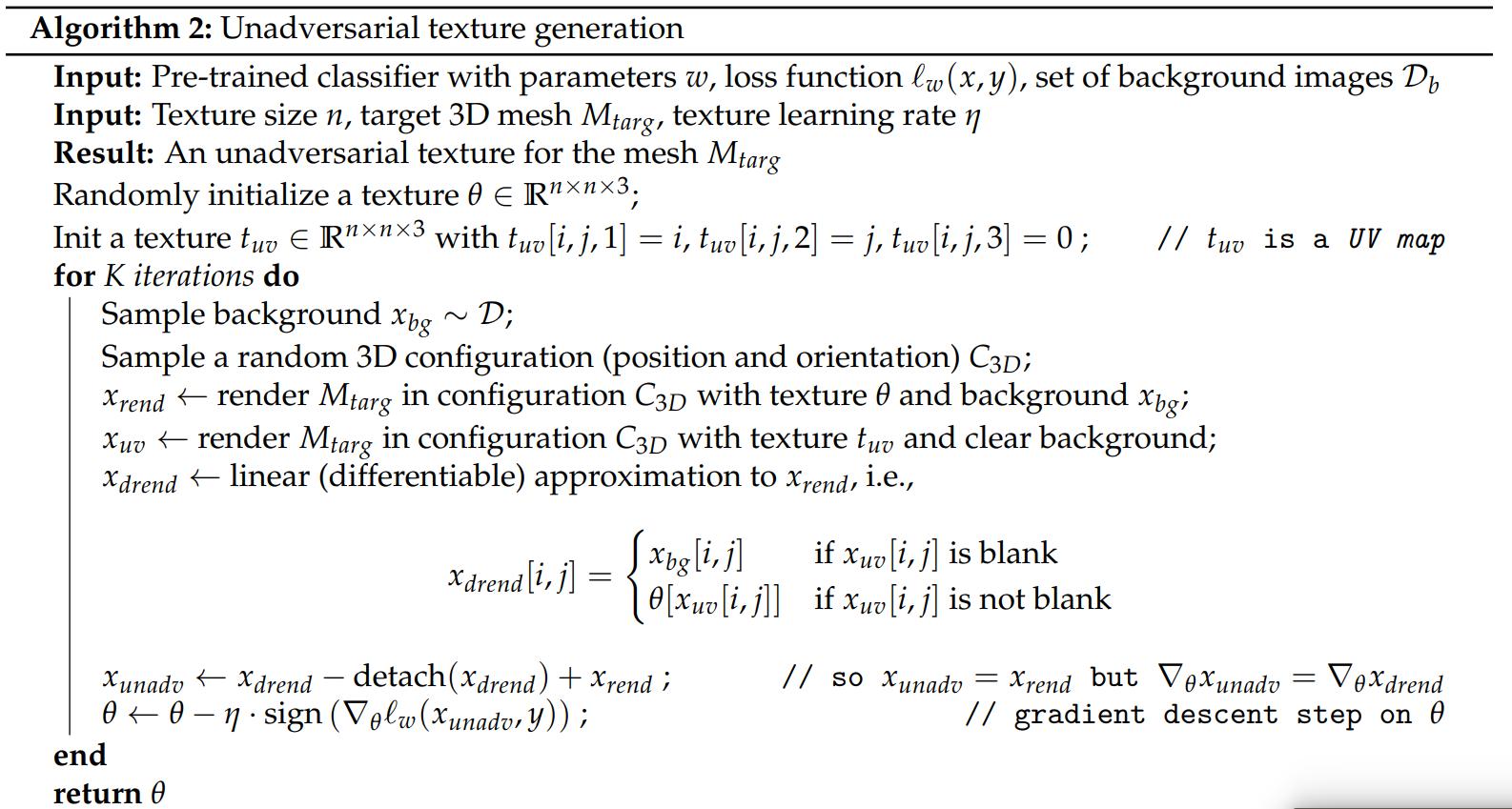 Note that rendering is non-differentiable, so they use a linear approximation of the rendering process in order to compute the gradient of the model’s loss with respect to the utilized texture.

The authors constructed unadversarial patches of different sizes for pre-trained ResNet-50 on CIFAR10 and ImageNet. For evaluation, they add these patches at random positions, scales and orientations to the validation set images.