They propose the following 3 contributions: 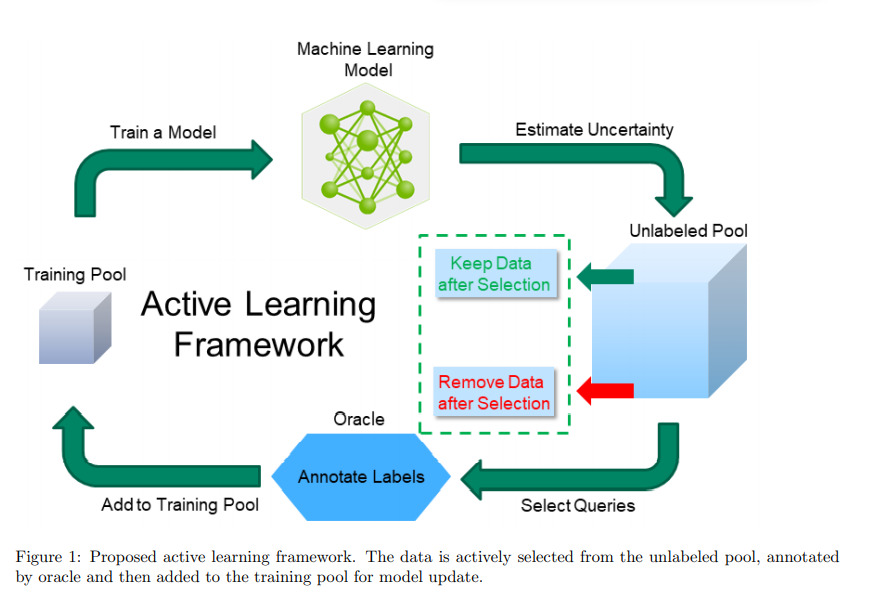 Authors use a query by committee framework which uses multiple models to estimate uncertainty. This requires a committee of models which is implemented with a Stein variational gradient descent (SVGD). SVGD is a joint optimization technique for ensemble models. M copies of model parameters, \(\Theta = \{\theta^q\}^M_{q=1}\), referred to as particles are jointly optimized.

\(r(\theta, \theta')\) is a positive definite radial basis function (RBF). Each particle is trained to reach a unique local minima by repulsive forces between each particle (last term in (1)).

this is computed for every particle \(q\) and every sample \(x_i\) in the unlabeled set.

Authors also add a second term to the score of a sample based on mutual information with samples from the labeled set.

The epistemic uncertainty and mutual information are normalized and the final score is calculated according to:

Contrary to other active learning methods, the authors propose leaving samples in the Unlabeled pool once they are labeled. Therefore, if the model is still uncertain about this sample in subsequent steps, it can be sampled once again but will not require more labeling.

Authors test their method on 2 datasets:

The following table shows the hyper-parameters used for the active learning experiments.

Authors compare different combinations of their methods with standard ensemble methods. All experiments were performed with 5 different random seeds. 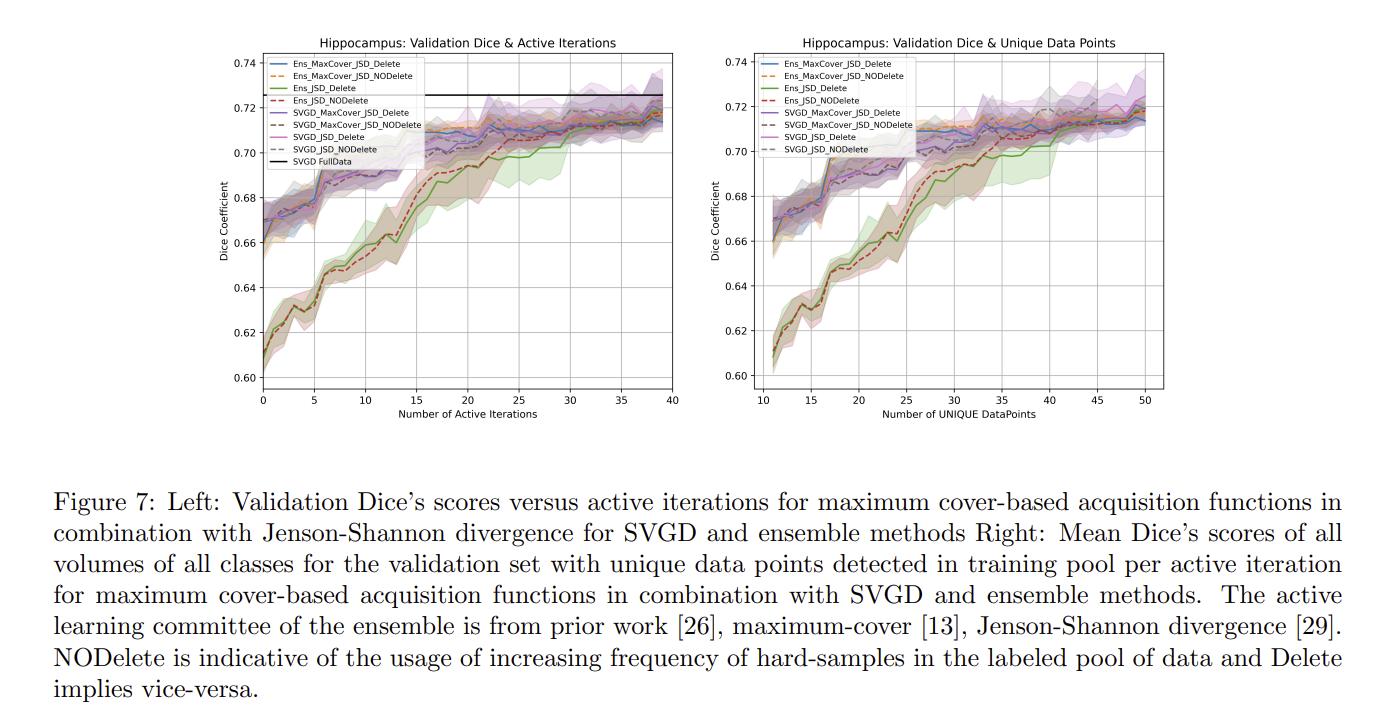 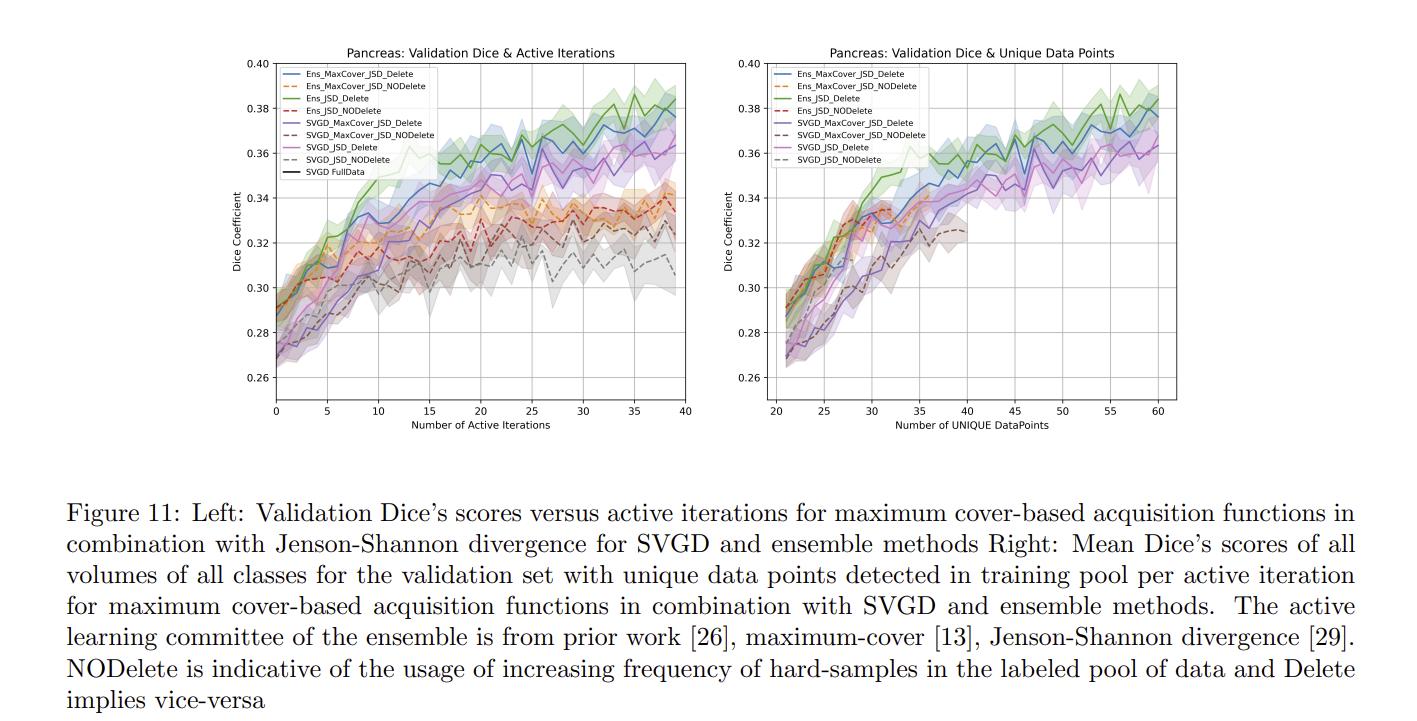 Authors conclude that their methods work well for the hippocampus dataset but not for the pancreas dataset. Authors argue that this shows that active learning methods are very dataset dependent and that the discrepancy between the results of the two datasets could be explained by the fact that hippocampus samples were processed by the entire volume while the pancreas samples were split into patches.

The authors mention that they used a lighter version of UNet for rapid experiment for faster testing and do not use any data augmentation to only evaluate the active learning methods.

Training time was 160 and 60 GPU hours for pancreas and hippocampus datasets respectively.