Invariance of the similarity measure

A similarity index is invariant to invertible linear maps if \(s(X,Y) = s(XA,YB)\) for any full rank \(A\) and \(B\). The authors prove that a similarity index with this invariance gives the same result for any representation of width greater than or equal to the dataset size, i.e., when \(p_2 > n\). 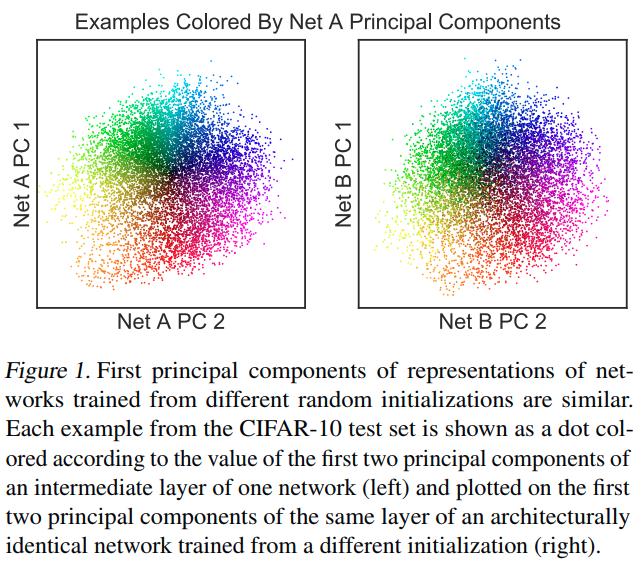 HSIC is not invariant to isotropic scaling. This can be fixed by normalizing:

The authors propose as a similarity measure the CKA with hte RBF kernel \(k(x_i,x_j) = exp(-\| x_i-x_j \|_2^2 /(2 \sigma^2))\). The bandwidth \(\sigma\) controls the extent to which similarity of small distancesis emphasized over large distances. 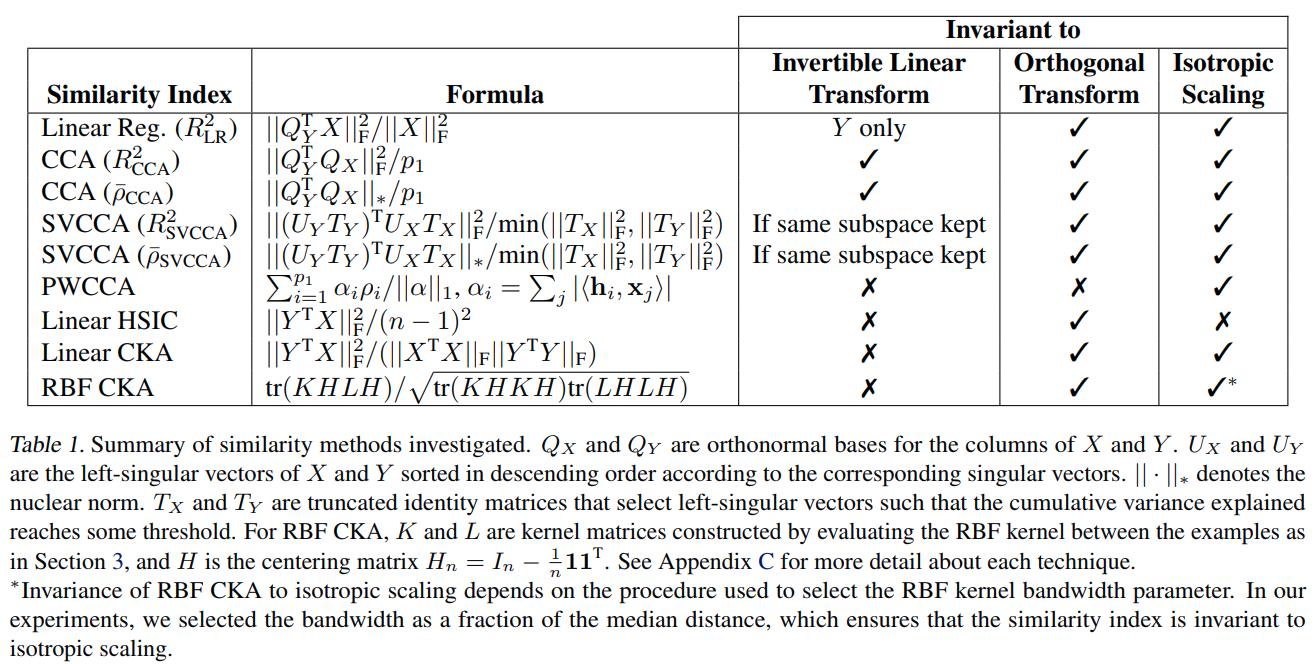 The authors derive a relation of PWCCA to linear regression (Appendix C.3).

Linear CKA versus CCA and Regression

The authors propose a sanity check for similarity indexes: 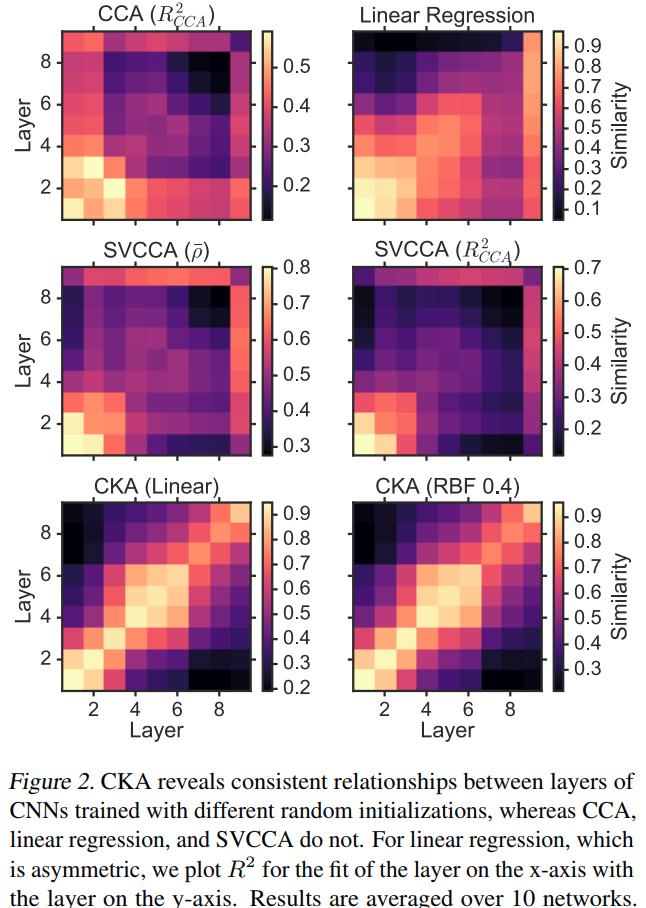 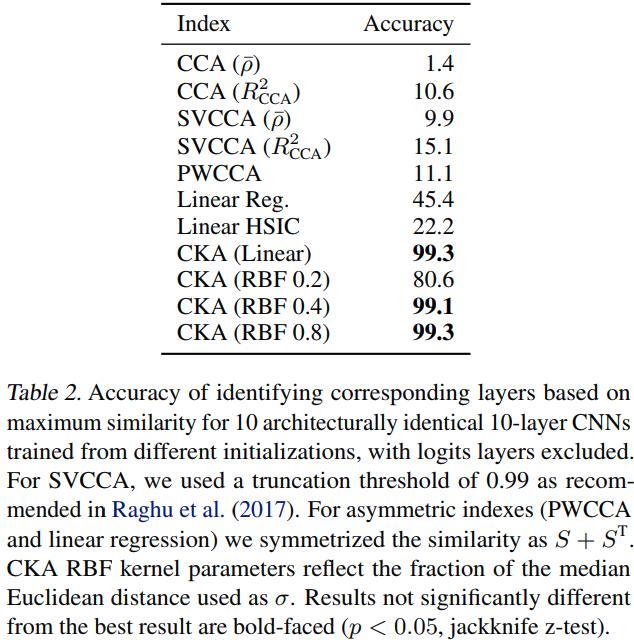 The authors validate that the later layers do not refine the representation by training an \(\ell^2\)-regularized logistic regression classifier on each layer of the network. 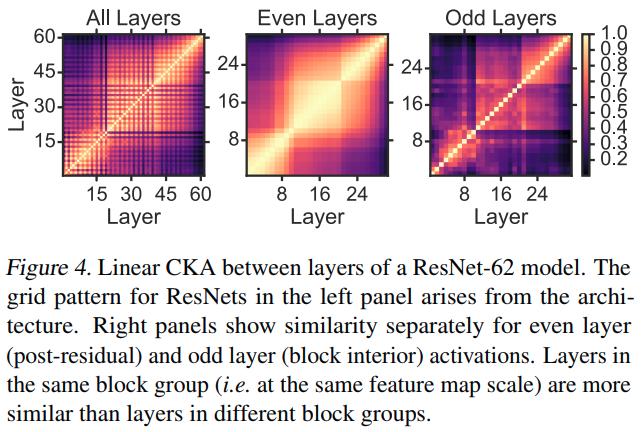 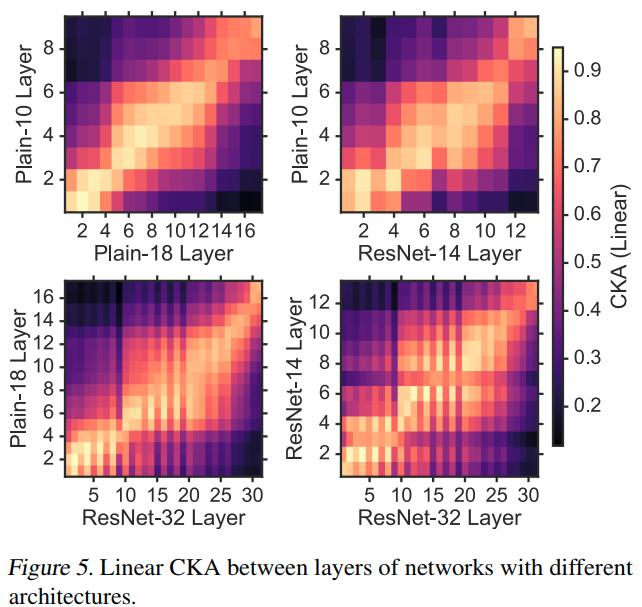 CKA indicates that, as networks are made deeper, the new layers are effectively inserted in between the old layers. The authors show that other similarity indexes fail to reveal meaningful relationships between different architectures in Appendix F.5. 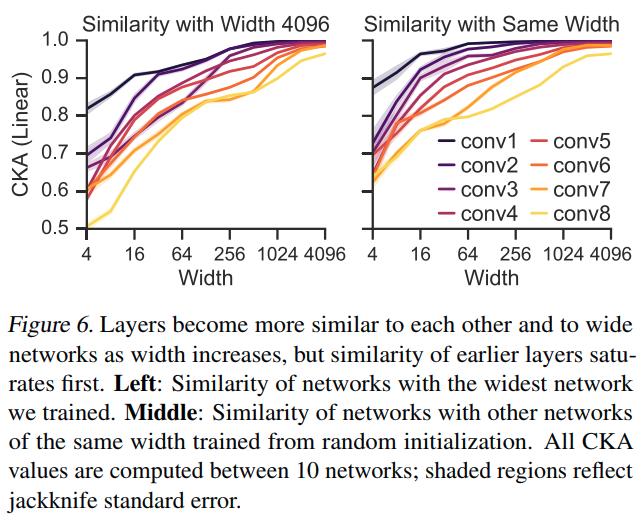 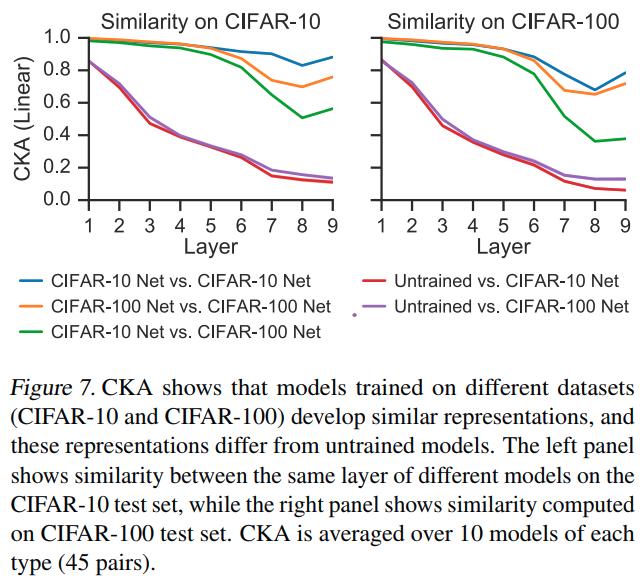 Analysis of the shared subspace 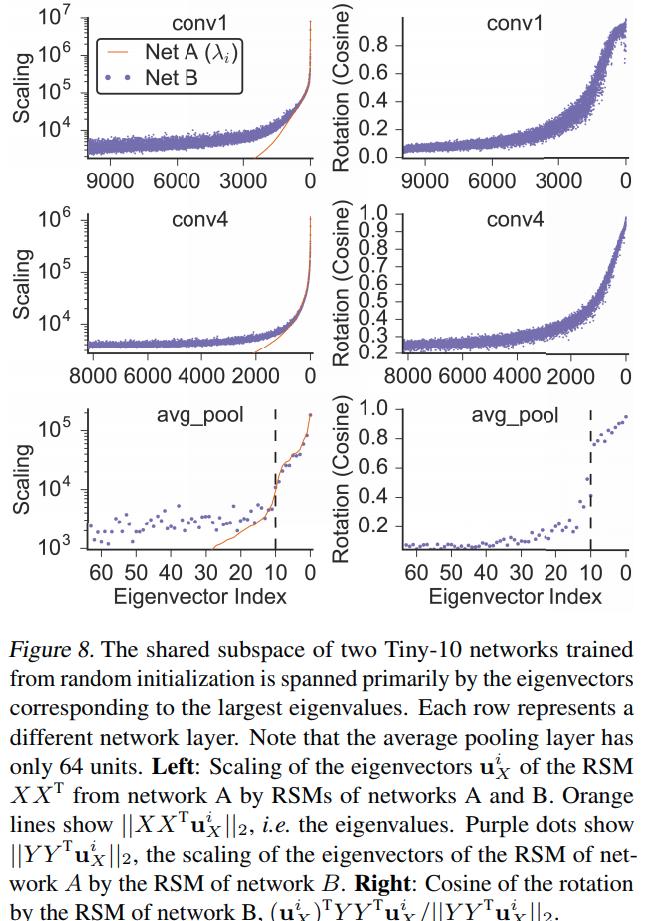