This paper is in review for ICLR 2021: https://openreview.net/forum?id=YicbFdNTTy 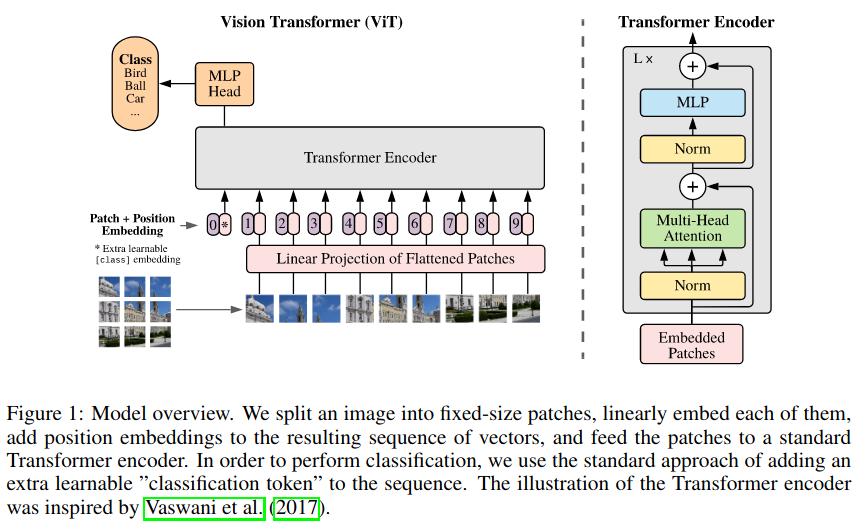 The experiments have been run on a number of datasets of image classification:

As seen in the table below, ViT performs slightly better than a very large ResNet, and does so using significantly less FLOPS (for the fine-tuning phase).

However, the pre-training has to involve a very large number of training samples: when this number exceeds 100 million, ViT starts to shine. Else, the ResNet performs better. See below: 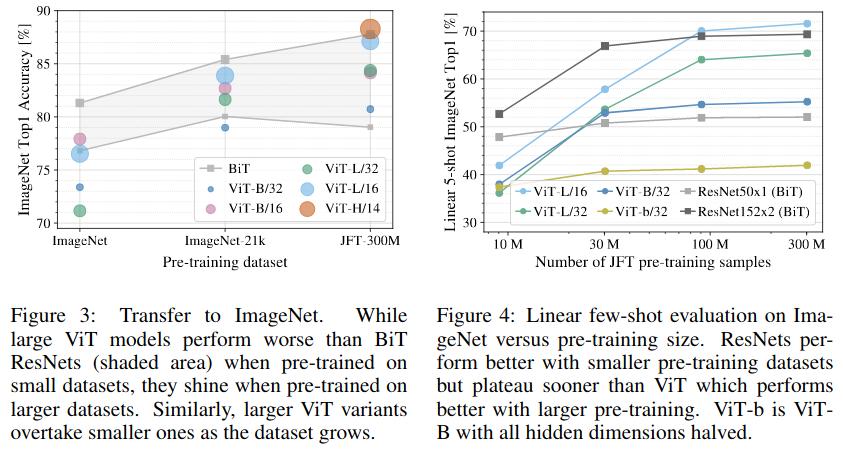 ViT also compares favourably in terms of pre-training FLOPS, as seen below: 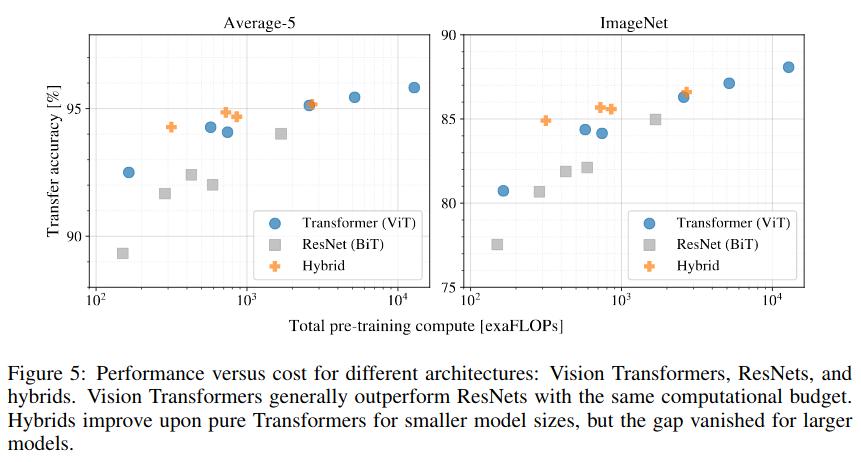 The “Hybrid” approach uses CNN feature vectors as tokens; it is not considered very important by the authors.

The figures below serve to inspect the vision transformer architecture:

The Vision Transformer is an architecture that can outperform CNNs given datasets in the 100M-image range. It required less FLOPS to train than the CNNs used in this paper.