Stochastic gradient descent and its variants are not invariant under rescaling by positive factors. This means that two ReLU networks whose weights are equivalent via positive homogeneity have different descent paths. 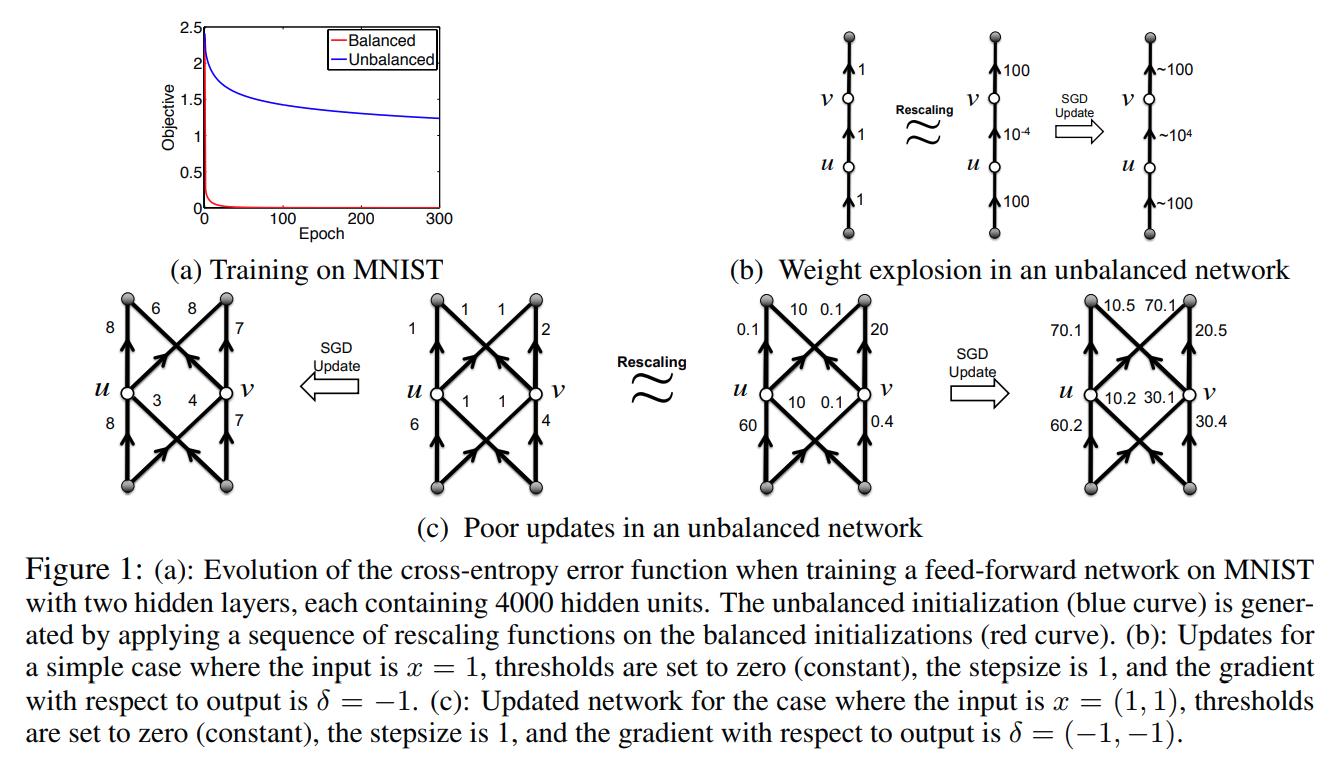 One has that \(f_{G,w,\sigma} = f_{G,\widetilde{w},\sigma}\). The authors call an optimization method rescaling invariant if the updates of rescaled networks are identical. Clearly, see Fig 1 (c), gradient descent is not rescaling invariant.

Even more, gradient descent performs very poorly on unbalanced networks. Where balanced means that the norm of the incoming weights to different units are roughly the same within a small range.

The following is a general type of regularizer

They use the following lemma (from one of their references):

They show that, using dynamic programming, \(\phi_p(w)\) can be computed in a single forward pass using the following formula (even though the number of coordinates of \(\pi(w)\) grows exponentially).

The authors derive a descent direction with respect to the path regularizer \(\phi_p(w)\) as follows:

The first line is hard to calculate exactly, so they update each weight \(w_e\) as

Then taking the derivative and setting it to zero: 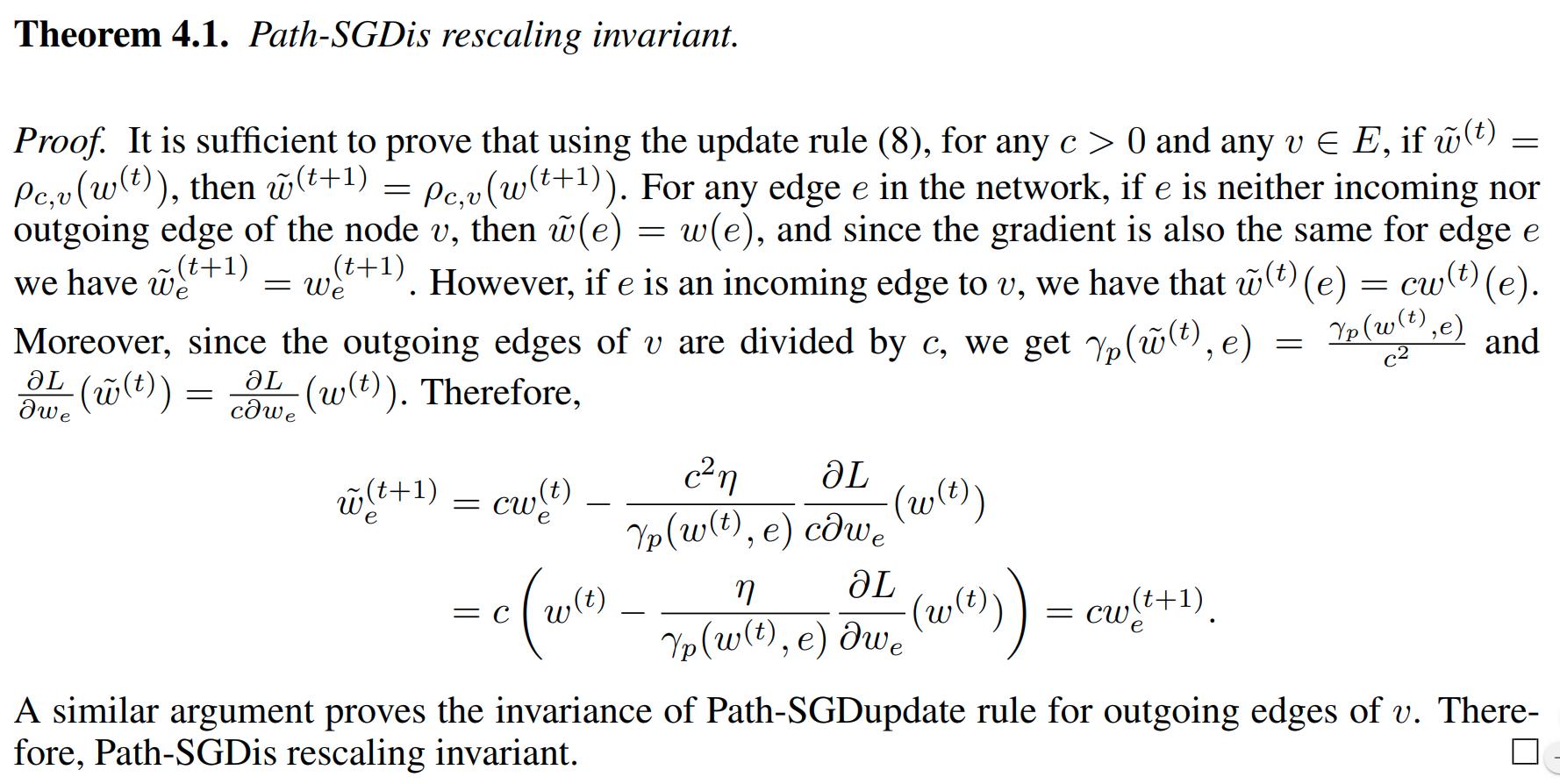 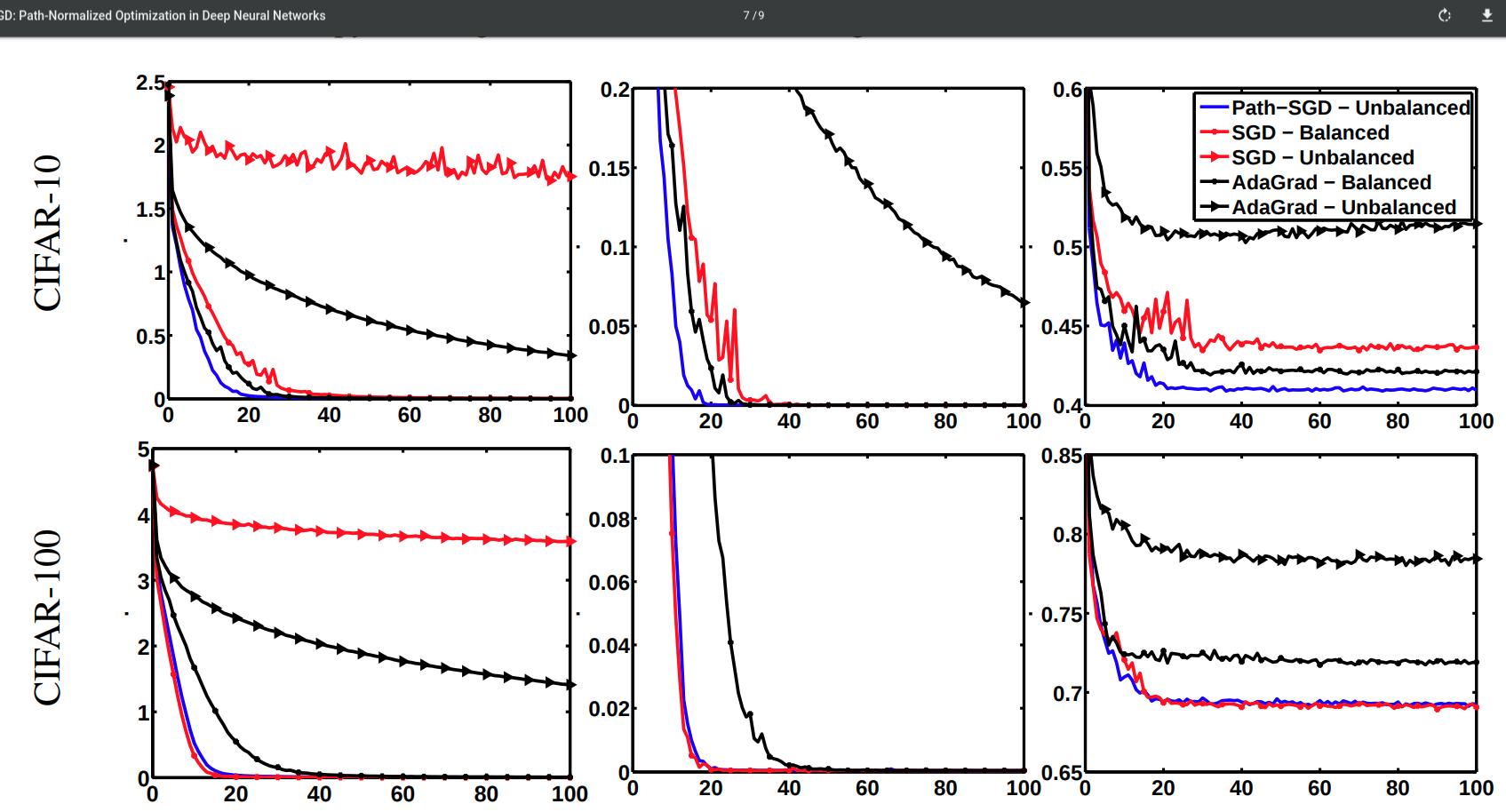 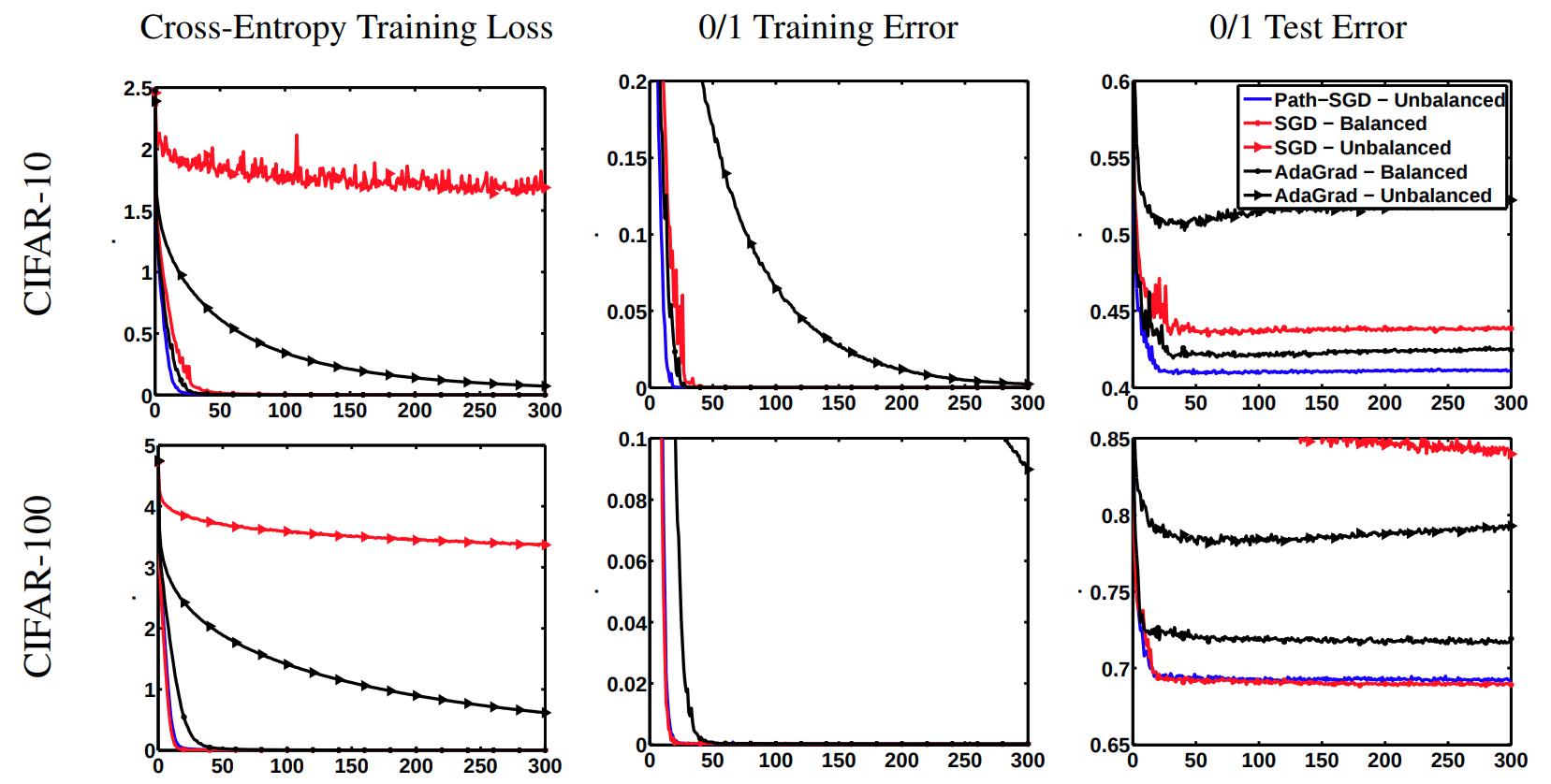 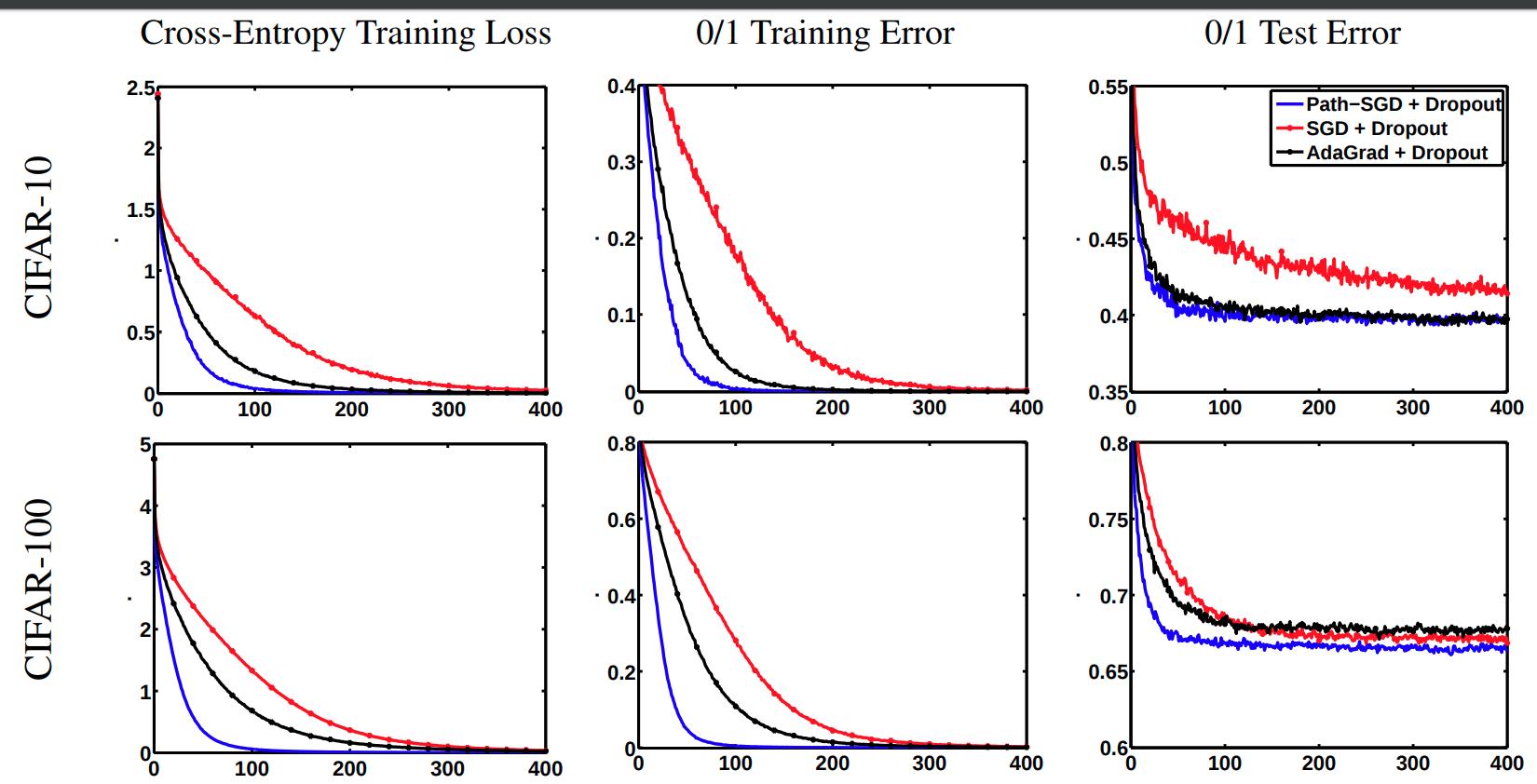