This newly introduce type of GAN is base on networks allowing attention-driven, long-range dependency modelling and applies it to generation tasks. It has been observed that convolutional GANs have much more difficulty in modelling some image classes than other when trained on multi-class datasets. The goal of SAGAN is to allows the network to capture geometric and/or structural patterns that occurs consistently in some classes (for example, generated images of dogs not having defined paws, but they have realistic fur).

Despite their great success in various image generation tasks, the training of GANs are known to be unstable and sensitive to the choices of hyper-parameters (extreme dependency) while training. Also, convolutions process information on a local neighborhood, thus loosing the long-range dependencies in images.

Coming from Attention models, attention mechanisms have become an integral part of models that must capture global dependencies of the data. The authors tried applying this method to a convolutional network.

the image features from the previous hidden layer is \(x \in \mathbb{R}^{C \times N}\) are first transformed into two feature spaces f,g to calculate the attention, where \(f(x) = W_f\space x\) and \(g(x) = W_g\space x\). Then using those variables, they do a softmax on the output such:

to indicate the extent to which the model attends to the \(i^{th}\) location when synthesizing the j^{th} region.

All the \(W\) are learnable weight matrices implemented as \(1 \times 1\) convolutions. For the \(\beta\) variable, the channel number is always increase by 8. (\(\bar{C} = C/8\)) for memory optimization (this does not cause performance loss).

Both the discriminant and the generator have the self-attention mechanism applied to them.

Architecture of a Convolutional layer

It was trained using the LSVRC2012 (ImageNet) dataset. Models were trained for roughly 2 weeks on 4 GPUs each, using synchronous SGD 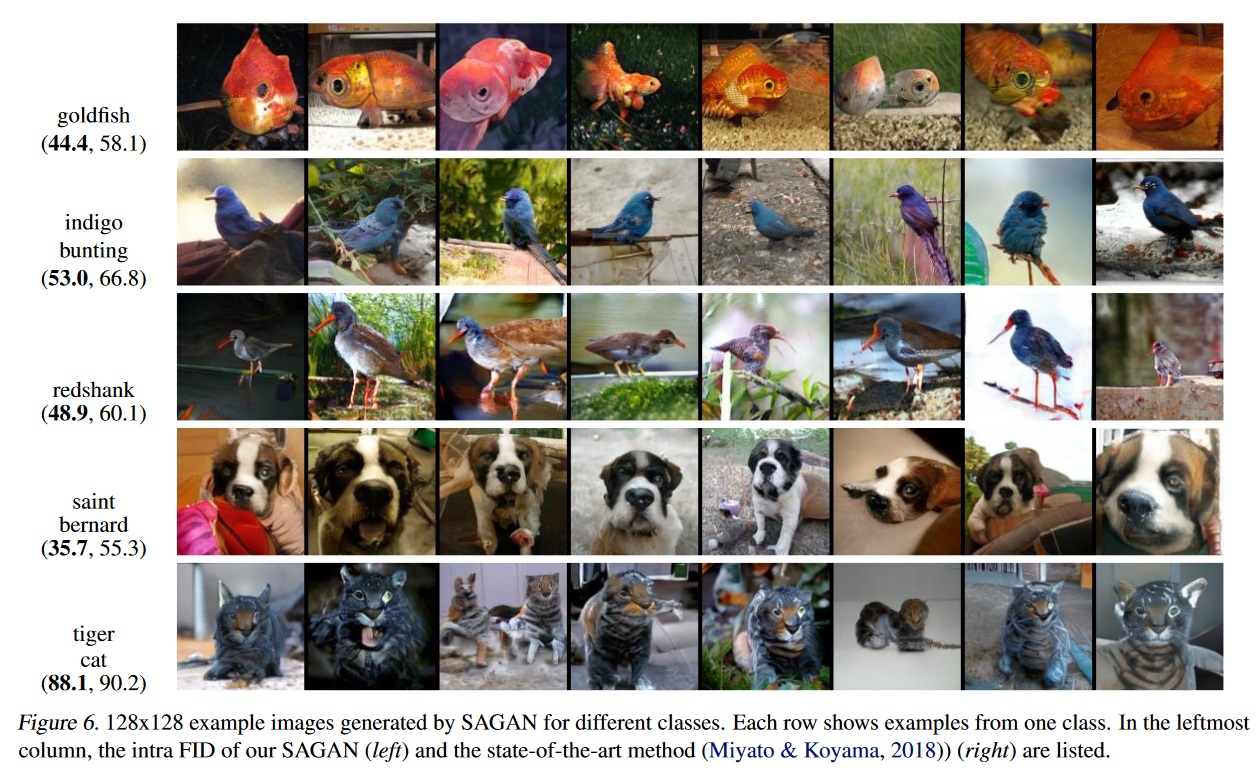