WM fibers reconstructed by tractography can be automatically grouped into bundles that match the known functional and/or structural role of these groups. Different strategies exist for automatic bundle segmentation. According to the authors these can be classified into semi-automatic, atlas-based and clustering methods.

Convolutional Neural Networks (CNN) have emerged as a powerful tool and shown superior performance for segmentation tasks across different domains.

They performed a number of experiments to find the combinations of input data that provided the best results. The best results were obtained using the diffusion tensor coefficients as the input data.

The reference for training and evaluation was based on an atlas-based probabilistic tractography pipeline. The resulting tract-specific density images were normalized by division with the total number of tracts in the tractography run. Tract-specific thresholds were established by maximizing the FA reproducibility on a training set of 30 subjects with 2. Outliers scans were discarded after visual inspection/quality control.

For each bundle, a ROI was defined based on the reference segmentation.

A separate model was trained for each bundle generating a binary output.

The loss is the weighed inner product, which removes the log operation wrt the cross-entropy. The weight allows to trade between precision and recall.

The performance measure is the Dice score measured within the ROI of each bundle.

The Rotterdam Study (focuses on causes and consequences of age-related diseases) was used. 9752 dMRI scans featuring 25 gradient encoding directions at \(b = 1000 s/mm^2\) were used.

The average segmentation accuracy was DC = 0.74 over 25 tracts, with the best performance in the medial lemniscus tract (DC = 0.84). 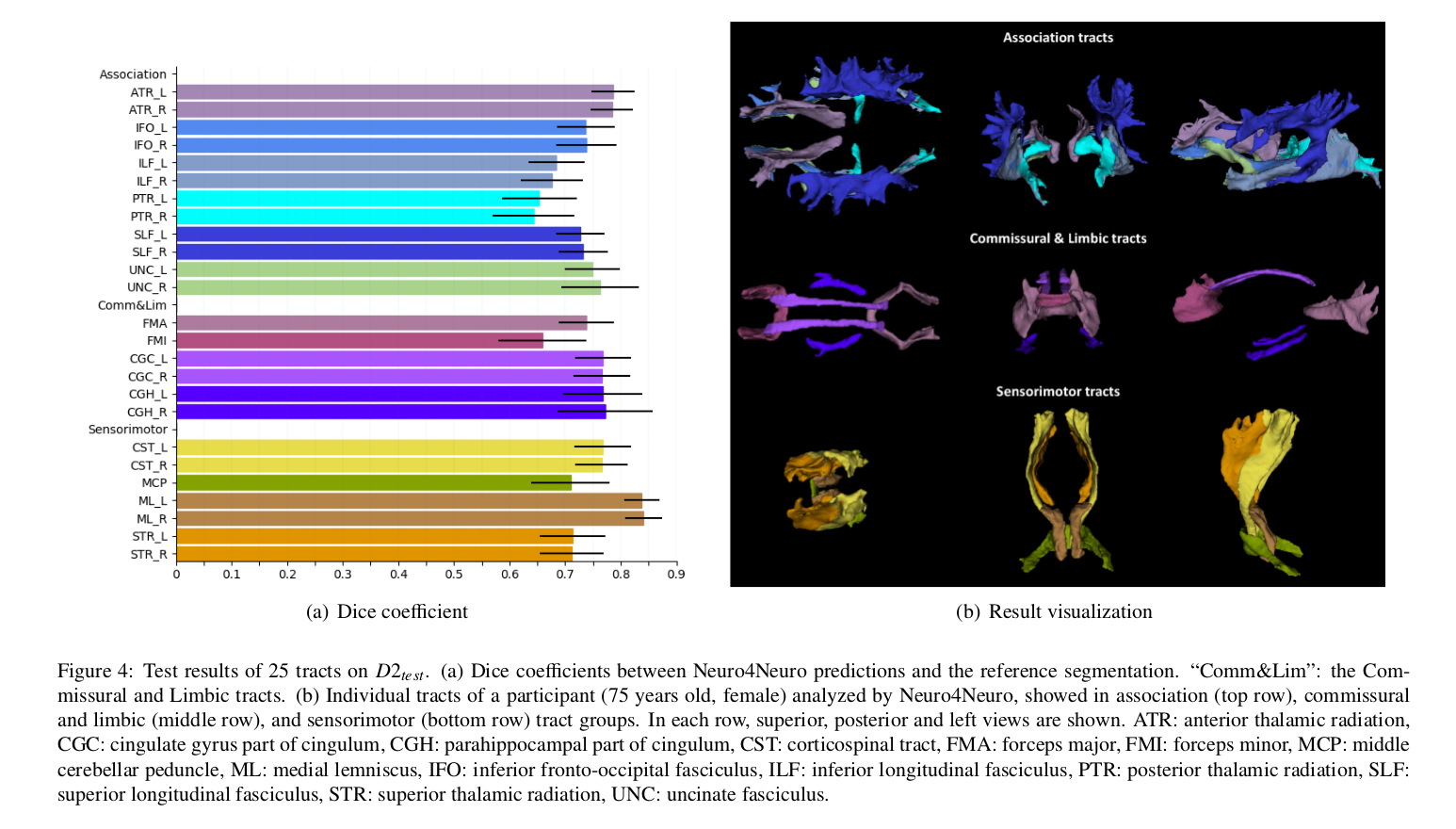 The regression coefficients between DTI measures (FA, MD) and the proposed and the reference method were also computed.

An additional dataset from the Iris Study was used to test the generalization ability of the method. Results of the bundle segmentation for healthy and different dementia groups were included.

The main advantages of the proposed method are: