Reinforcement Learning (RL) has seen a rejuvenation of research interest recently due to repeated successes in solving challenging problems such as reaching human-level play on Atari 2600 games (Mnih et al., 2015), beating the world champion in the game of Go (Silver et al., 2017), and playing competitive 5-player DOTA (OpenAI, 2018b). The earliest of these successes leveraged experience replay for data efficiency and stacked a fixed number of consecutive frames to overcome the partial observability in Atari 2600 games. However, with progress towards increasingly difficult, partially observable domains, the need for more advanced memory-based representations increases, necessitating more principled solutions such as recurrent neural networks (RNNs).

The Deep Q-Network agent that made the news in 2015 used 4-frame stacking to represent its input for a feed-forward neural network (NN). The A3C algorithm, which is on-policy, has been adapted to use an LSTM, but trains directly on acquired trajectories and does not store any transitions.

Off-policy reinforcement learning allows the agent to store past transitions in a buffer with no regards to which policy acquired the transition. With a RNN, the hidden state of the network also becomes part of the network’s input and has to be stored as well in the replay buffer. To train a RNN on replayed experiences, two strategies are available:

The first strategy is very simple but prevents the network from using the temporal information that it had when sampling the transition. The second strategy might suffer from representational drift, where the hidden state produced by the network might no longer correspond to the hidden state stored in the replay buffer. The third strategy creates a number of practical and computational issues and is generally not considered.

To alleviate the problems with option one and two, the authors propose to train on fixed-size episode chunks and allow the network a burn in period before the training begins by unrolling the network on part of the sampled episode chunk and training on the rest, allowing the network to produce it’s own meaningful hidden state.

To measure recurrent state staleness and representational drift, the authors measured the difference in Q values produced by the network when fed the stored hidden state versus it’s own, called Q-value discrepancy: 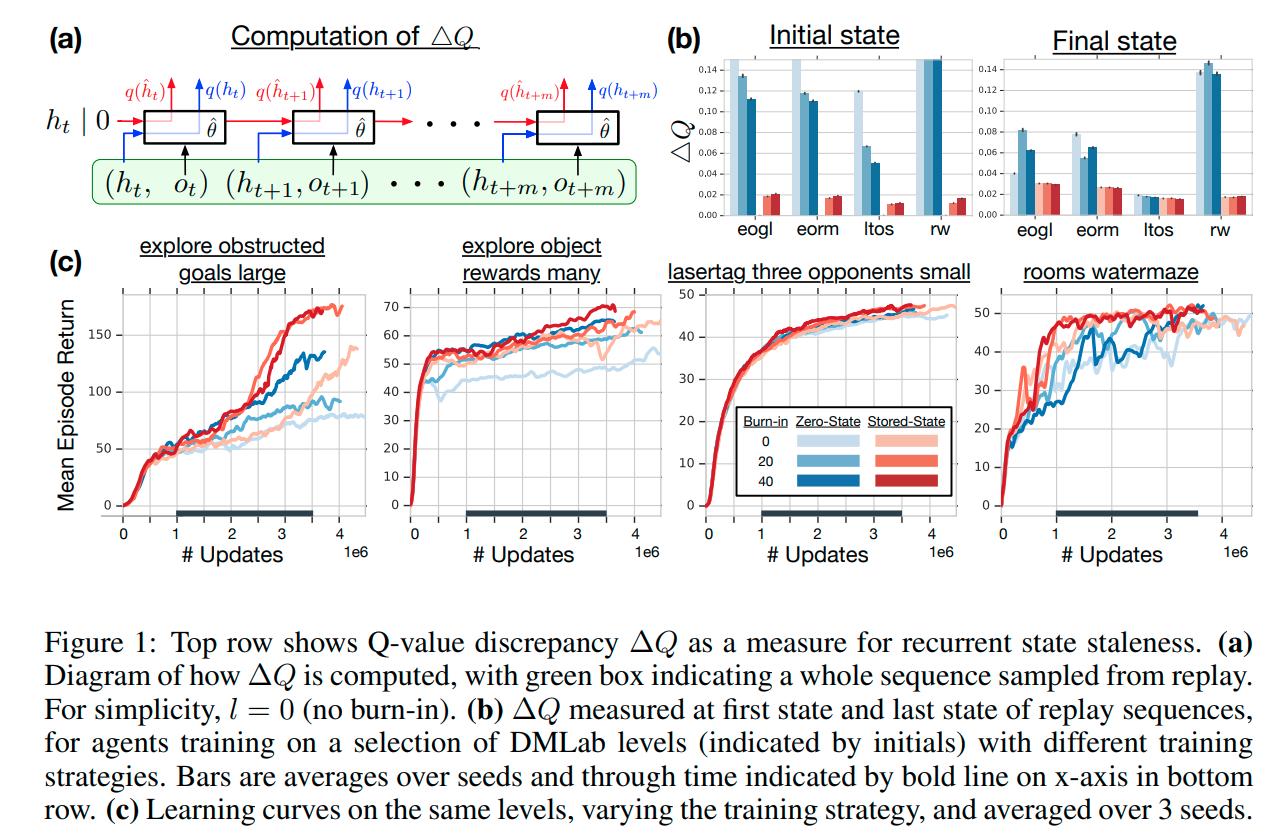 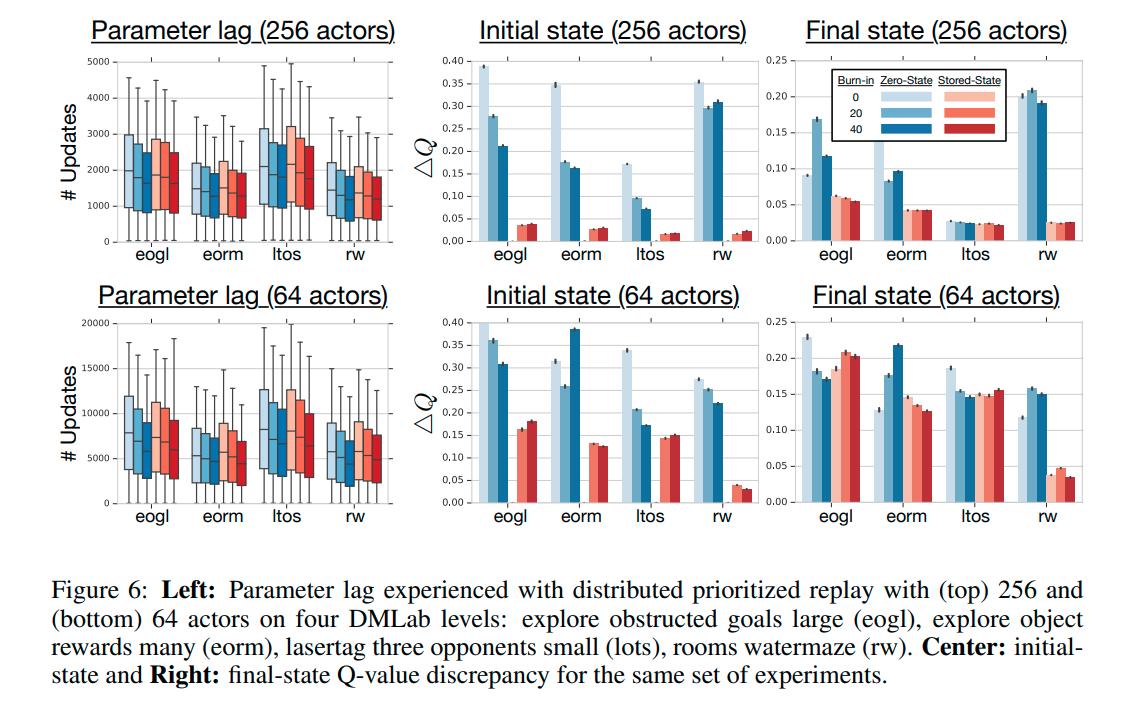