Medical segmentation problems are often characterized by ambiguities due to inherent uncertainties such as:

To account for uncertainty, different methods have already been proposed, but they all have downsides:

The proposed method is inspired by Laplacian Pyramids, generating segmentation samples at low-resolution and continuously refining the distribution of segmentations at increasingly higher resolutions. An example of the gradual outputs is shown in figure 1.

The overall proposed end-to-end architecure is detailed in Figure 2. Note that the posterior and prior networks have identical structure but do not share any weights. 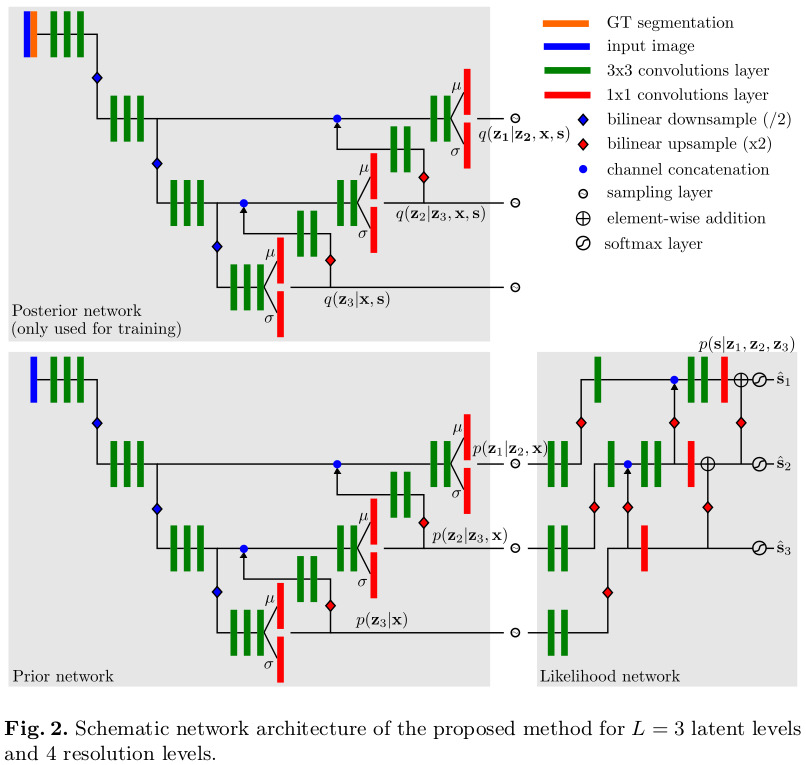 According to the authors, it is important that the likelihood network only applies residual changes, since it forces all levels to learn a part of the representation. Otherwise, the higher resolution levels could learn to simply the input they receive from earlier levels.

The methods’ main loss is detailed in equation 2:

The prior and posterior distributions are parameterized as axis aligned normal distributions \(N(z|\mu, \sigma)\), like detailed in equations 3 and 4:

To ensure stable training, the authors mentions that they need to deviate from their theory in 2 cases:

The method was tested on two datasets:

In both cases, the authors took centered crops of the regions of interest to feed to the method.

Two experiments were designed to evaluate the method. 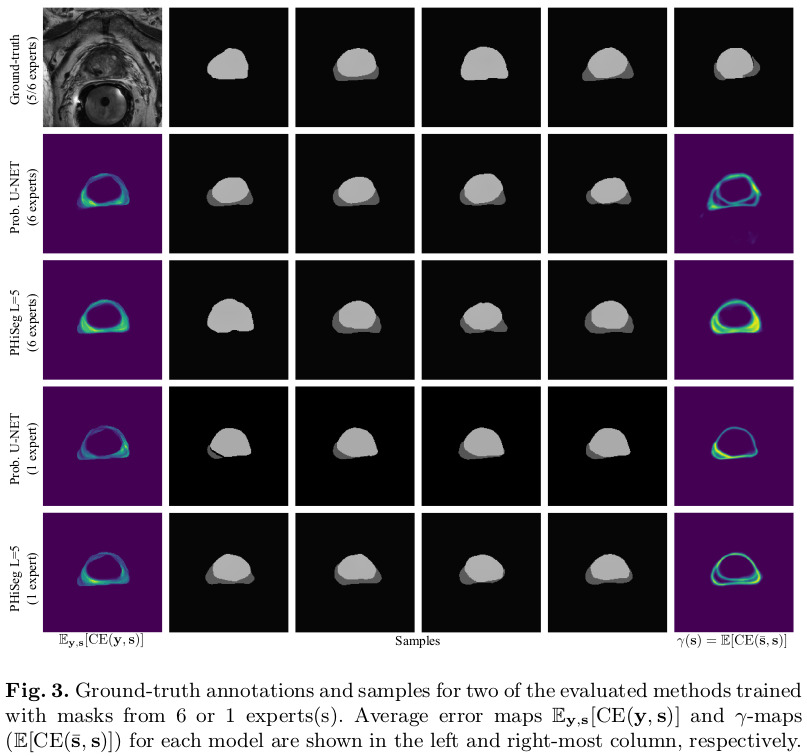