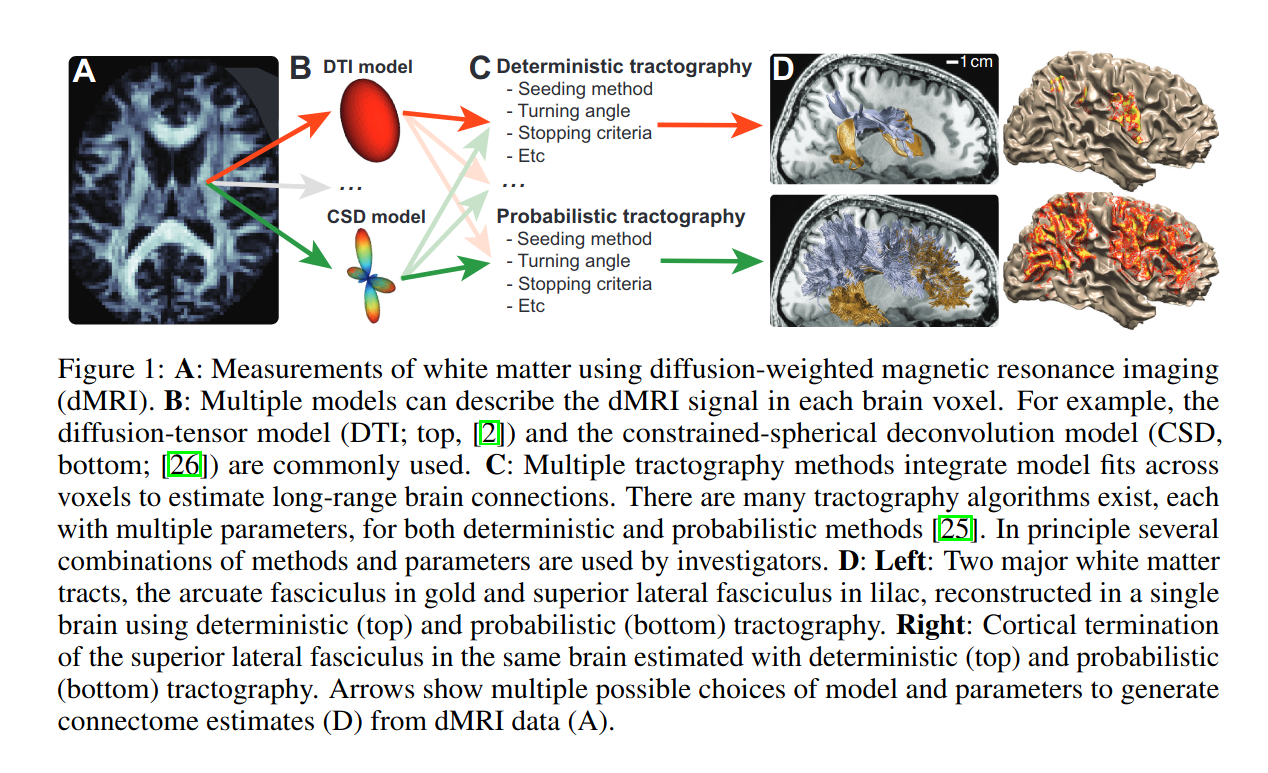 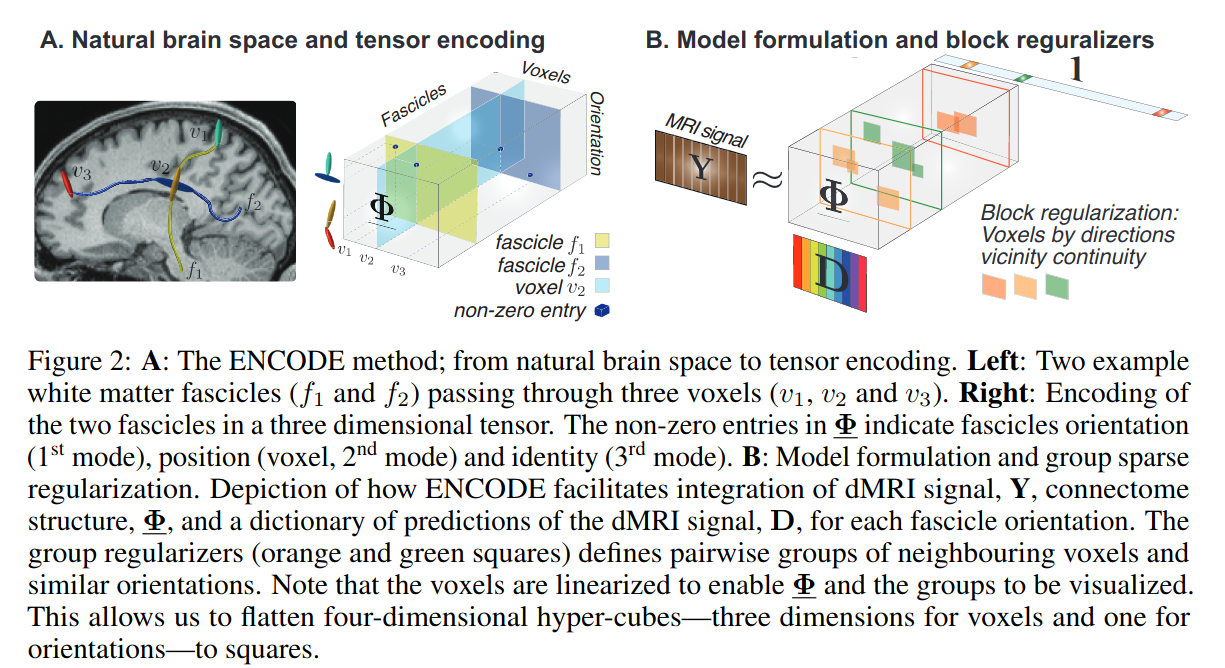 A tractogram is represented by a 3D sparse matrix \(\Phi\), where:

A dMRI volume is represented as a 2D matrix \(\mathbf{Y}\) obtained by the product of the connectome matrix \(\Phi\) and a dictionary \(\mathbf{D}\) (2D matrix) of dMRI signal predictions:

The goal is to learn \(\Phi\) directly from dMRI data.

Using a maximum likelihood approach with an \(L_2\) reconstruction will lead to a dense matrix and will not enforce biological constraints.

NOTE: In the paper, there is a trick to make this vector continuous instead of 0-1 indicators.

To reduce the number of parameters to optimize, they first choose a subset of orientations to consider in each voxel using their own “Orientation Greedy” criterion that is better designed than “Orthogonal Matching Pursuit”. Their criterion will select orientations that are similar instead of orthogonal, which is better suited to dMRI data and streamlines.

Then, subgradient descent is used to optimize the parameters, which is a convex problem after “screening” the orientations. 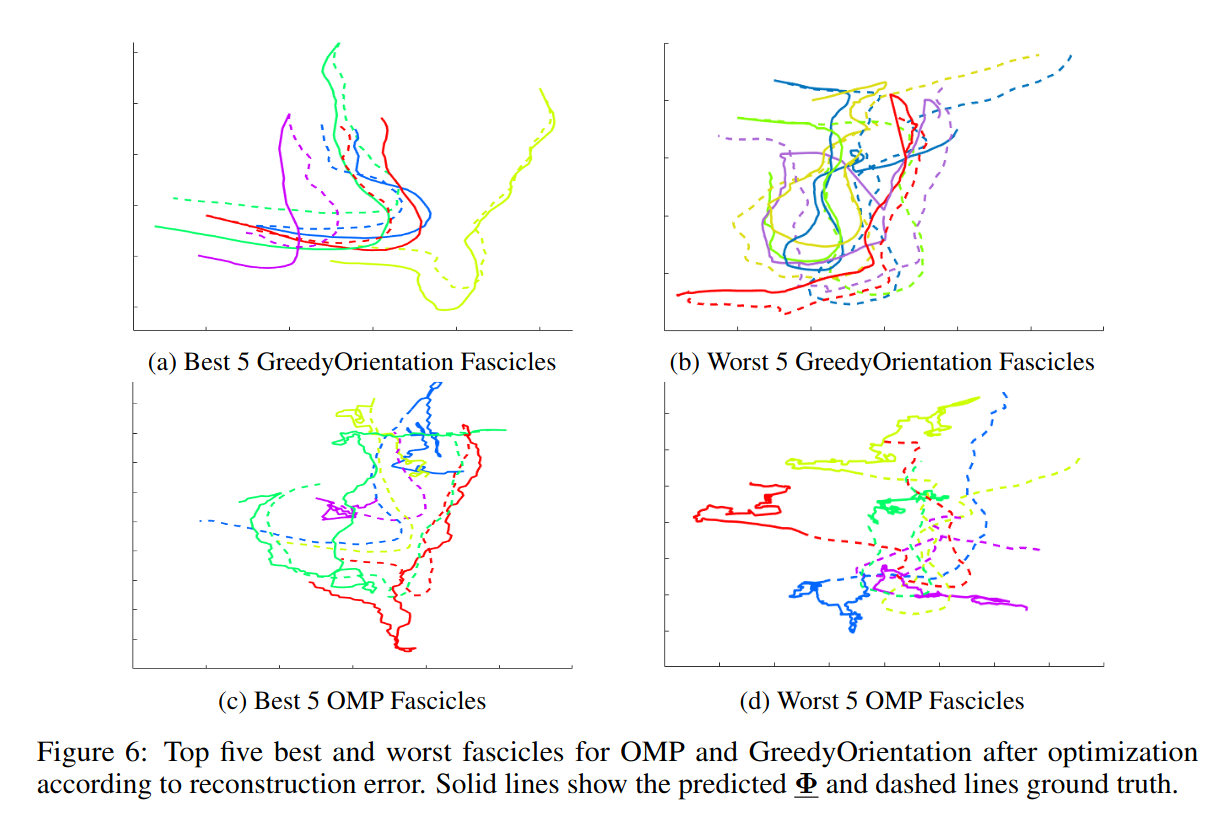