Deep reinforcement learning (RL) algorithms have fueled many of the most publicized achievements in modern machine learning. However, despite these accomplishments, deep RL methods still are not nearly as reliable as their (deep) supervised counterparts. Indeed, recent research found the existing deep RL methods to be brittle, hard to reproduce, unreliable across runs and sometimes outperformed by simple baselines. The prevalence of these issues points to a broader problem: we do not understand how the parts comprising deep RL algorithms impact agent training, either separately or as a whole. This unsatisfactory understanding suggests that we should re-evaluate the inner workings of our algorithms. Indeed, the overall question motivating our work is: how do the multitude of mechanisms used in deep RL training algorithms impact agent behavior ?

The authors focused their work on PPO, the current state of the art (SotA) algorithm in Deep RL (at least in continuous problems). PPO is based on Trust Region Policy Optimization (TRPO), an algorithm that constrains the KL divergence between successive policies on the optimization trajectory by using the following update rule:

However, TRPO is computationally expensive, requiring the computation of multiple Hessian-vector products. To address this issue, PPO was proposed and approximates the KL-constrained objective of TRPO by clipping the objective function:

The authors found that the standard implementation of PPO1 contains many code-level optimizations barely-to-not described in the original paper.

Due to computational resources restrictions, the authors could only perform ablation studies on the first four optimizations. They also implemented PPO-Minimal (PPO-M), which has none of the above optimizations.

Here is a summary of the algorithms implemented

With TRPO+ being TRPO with the above code-level implementations

The tests were performed on Mujoco Tasks such as Hopper and Humanoid. 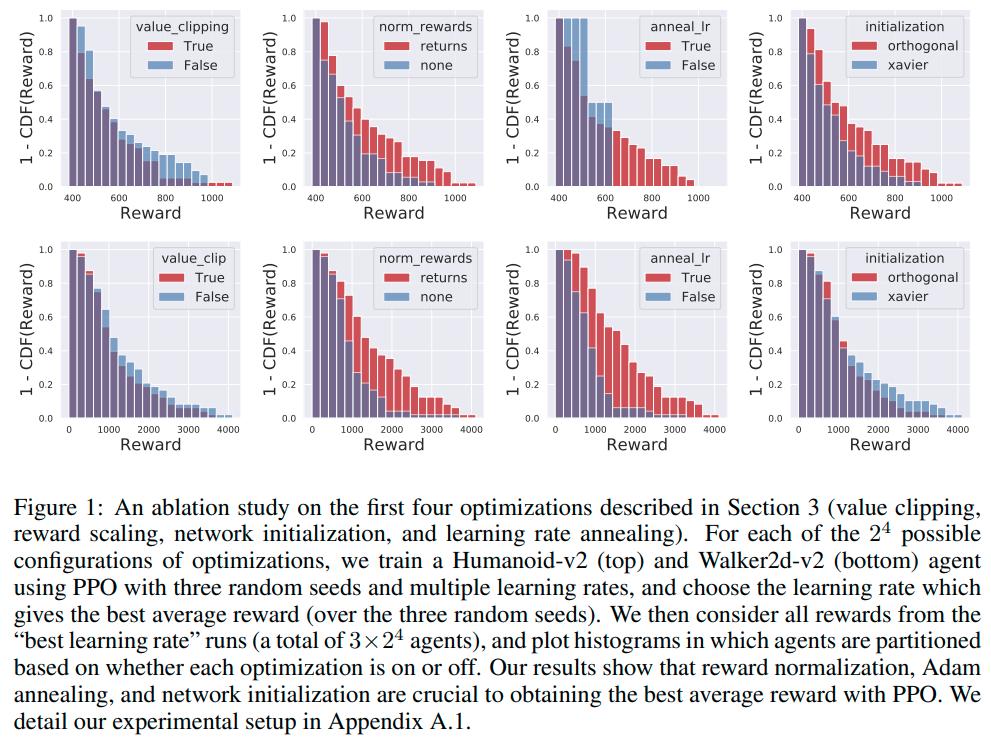 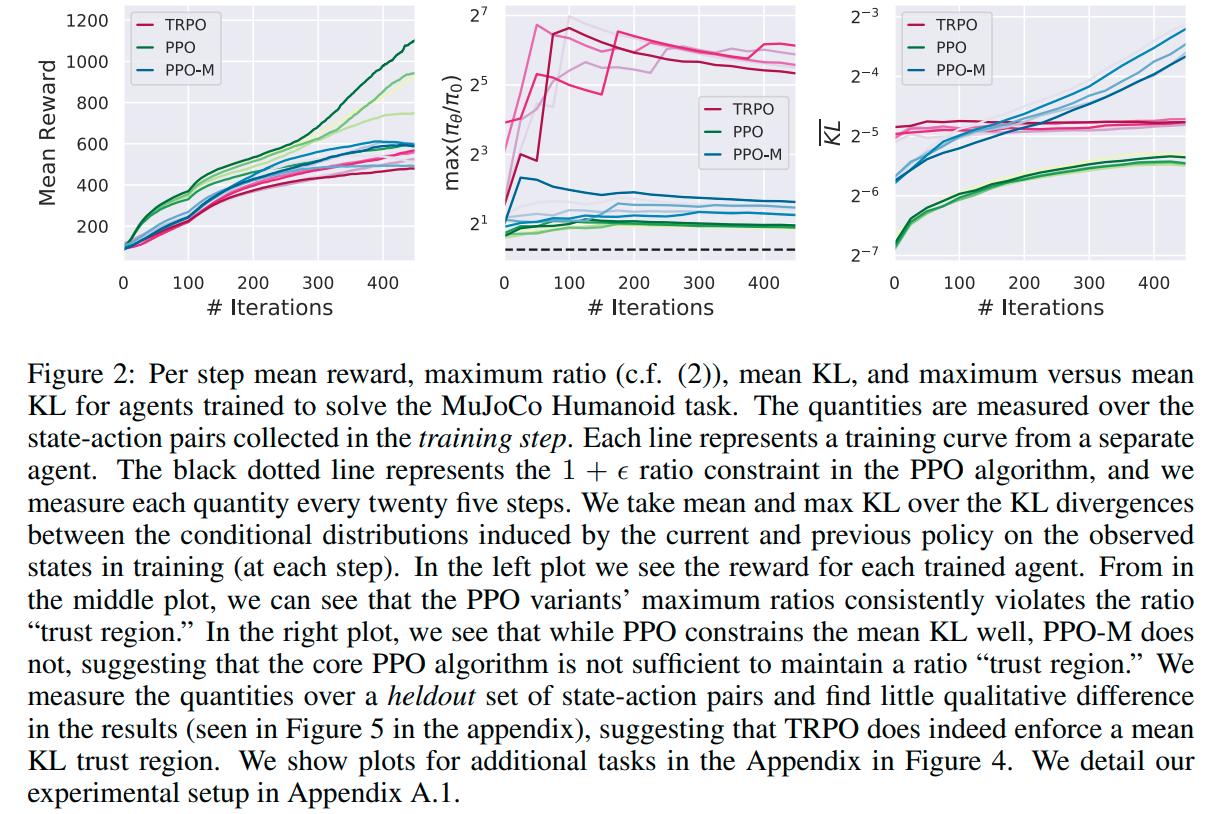 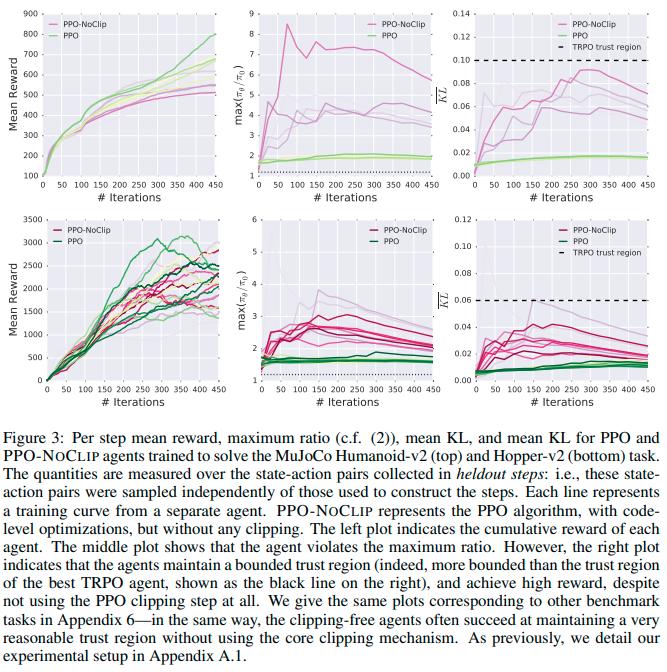 From the above results we can see that

Overall, our results highlight the necessity of designing deep RL methods in a modular manner. When building algorithms, we should understand precisely how each component impacts agent training—both in terms of overall performance and underlying algorithmic behavior. It is impossible to properly attribute successes and failures in the complicated systems that make up deep RL methods without such diligence.

The paper got accepted for a talk at ICLR 2020