Authors propose a measure that considers the complexity of a voxel in its local context (region) to quantify the localized wiring complexity of the white matter. According to them, this would allow, for example, to identify “particularly ambiguous regions of the brain for tractographic approaches”.

Authors define the localized wiring complexity of white matter as how accurately and confidently a well-trained model can predict the missing patch.

Authors seem to translate the wiring complexity as “uncertainty along major neuronal pathway” in a given diffusion Magnetic Resonance Imaging (dMRI) feature, and call that a “missing patch”.

Authors try to regress the multidirectional anisotropy (MDA) feature vector in the “missing patches” of their input dMRI images.

Authors use a conditional GAN to accomplish the task. Their discriminator loss is “typical” (thus assumed to be the binary cross entropy); the loss used for the generator is the one shown in Eq. 1:

where \(v\) indexes the set of voxels in the considered \(V\) patch; \(d\) is an \(L2\) norm distance between the input patch and the predicted patch; and \(D\) is the probability that the discriminator outputs for the generated patch.

630 subject data from the Human Connectome Project (HCP) dataset: 442 for training; 94 for validation; and 94 for testing.

Figure 1 shows the location of the patch of interest, the ground-truth and the model output. 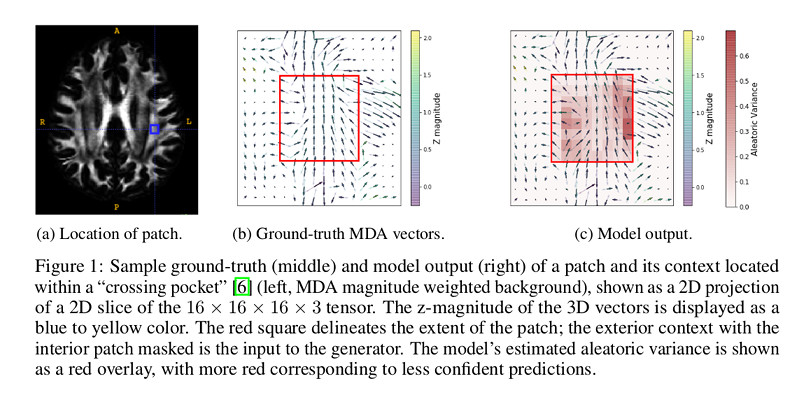 Figure 2 shows the variance predicted by the model. 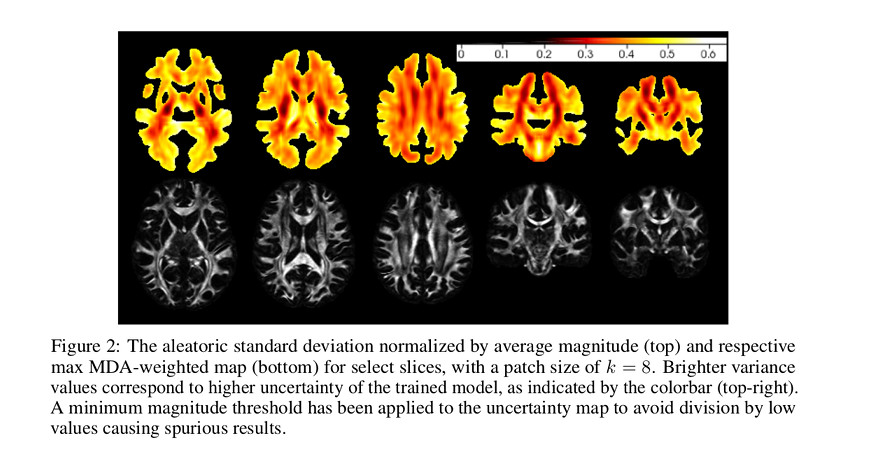 According to the authors “uncertainty is lowest within major fiber bundles, which are relatively simple uniform structures, though greater near junctions or crossings of those bundles”.

Authors mention that their future work includes to “aim to better quantify and understand heterogeneity, especially in the presence of complex wiring patterns.”