In this paper the authors propose a method similar to our’s to enforce anatomical constraints on cardiac segmentation maps. 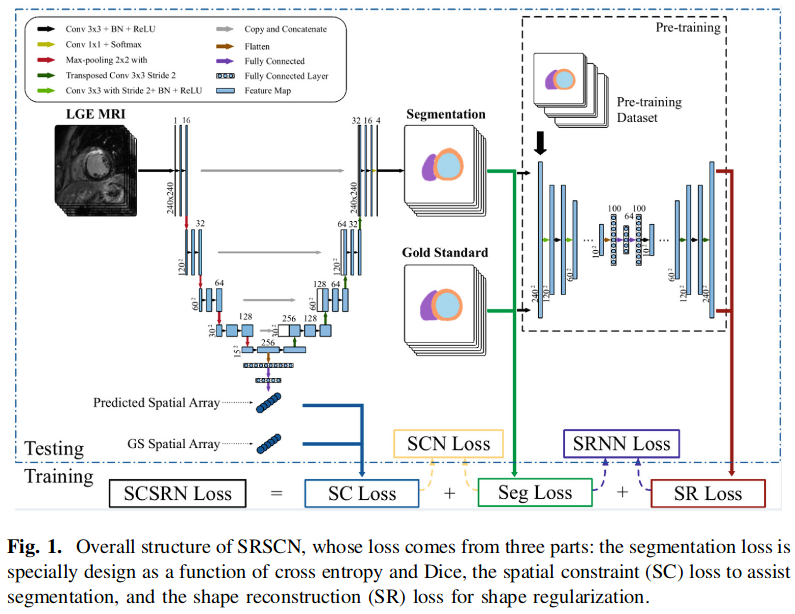 The method is very well summarized in Fig.1. At first they have a UNet which segments an input MRI cardiac image. During training, the produced segmentation is compared to the gold standard which produces a segmentation loss (cross-entropy + dice loss). They they impose a spatial constraint (SC) loss wihch is obtained by predicting the spatial position of the slice given the high level features of the UNet and comparing it with the true spatial position.

The main weakness of that method is the fact that it has no anatomical garantee on the produced segmentation maps. That said, results seam quite interesting. 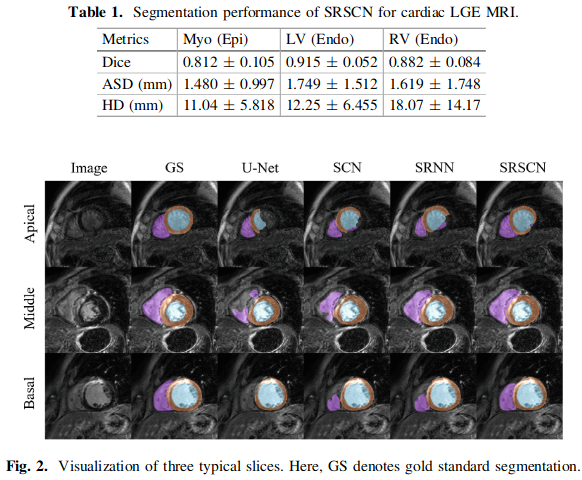