Common machine learning wisdom informs that the curve of the test risk (think “test loss at convergence”) as a function of the capacity of a model should follow a U-shape (going from underfitting to overfitting). However, in modern practice, using a very large capacity can yield a lower test risk. The authors propose an explanation for this observation.

In summary, test risk does follow a U-shaped curve before the capacity hits the interpolation threshold; however, after this threshold, risk decreases, eventually lower than before. At this point, a capacity increase, combined with a weight norm regularizer such as L2, makes the model smoother, while it still perfectly interpolates training data.

Important caveat: the authors did not study deep neural networks.

To support these claims, the authors train to convergence different types of models:

The last one, for which results are in the appendix, is the closest to typical models used in deep-learning. For each model, they recreate the double descent curve with a plot of the test loss as a function of model capacity.

Here are the curves for the random Fourier features model and the fully connected network: 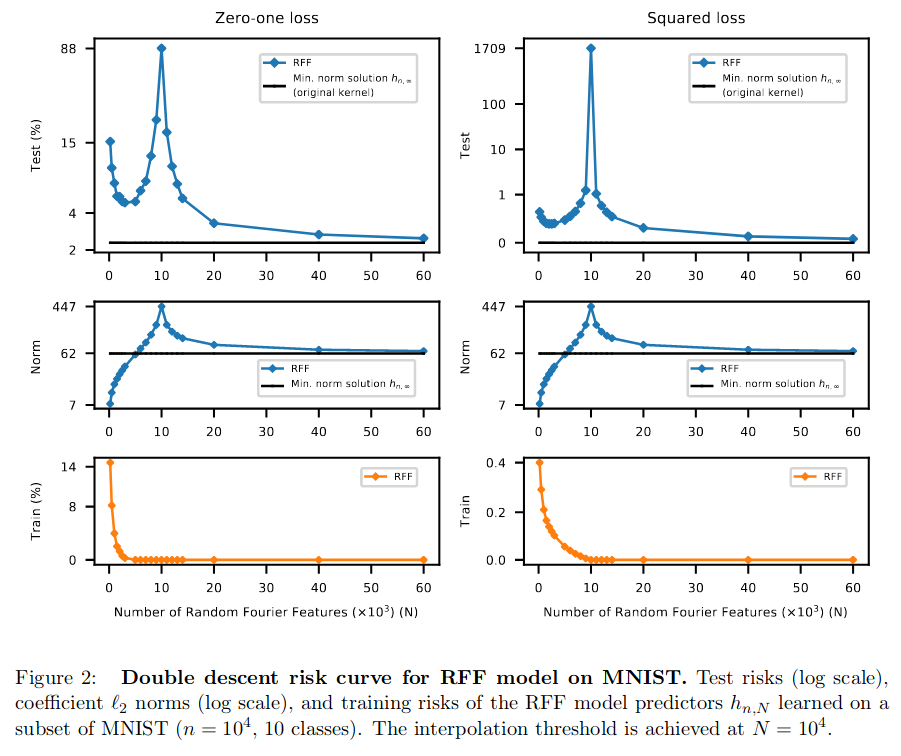 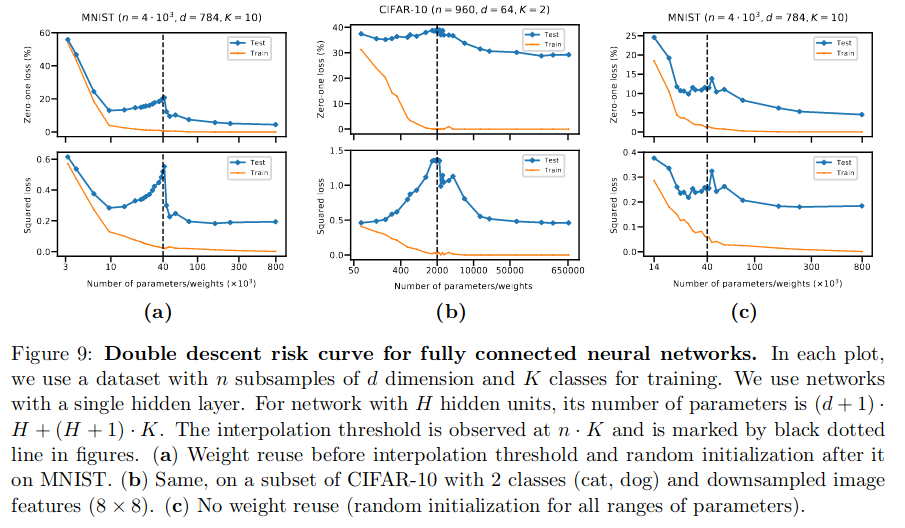 In those curves, the peak corresponds to the interpolation threshold. For a regression task, this threshold is where the number of parameters \(N\) equals the number of data points \(n\). For a classification task with \(C\) classes, the threshold is expected at \(N = C \cdot n\).

Below is an illustration of a univariate regression task. While the 40-feature model in blue interpolates the data perfectly, the 4000-feature model also does it, but with a smoother model (and lower norm). 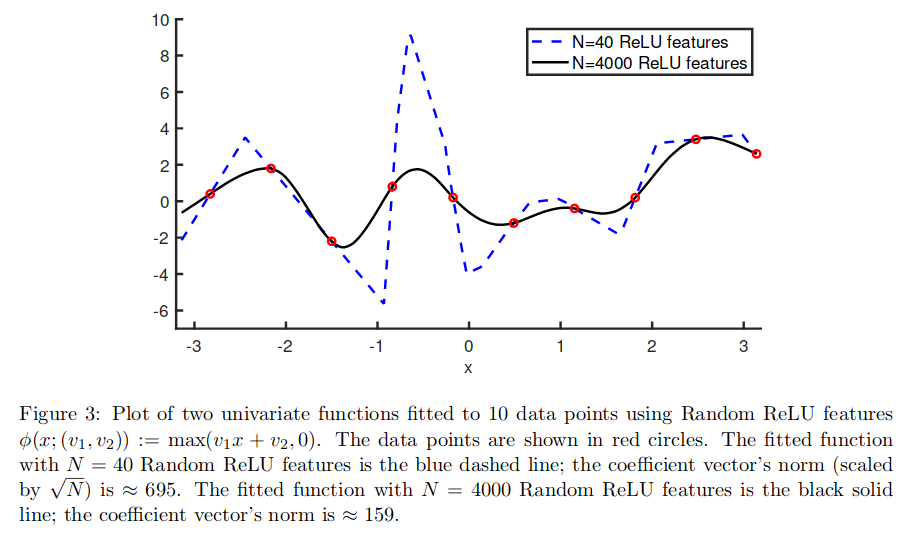