The authors present a population based training (PBT) method for optimizing hyperparameters while training the parameters of the model. The method is based on evolution, and uses “trials”. A trial is a small chunk of training that has a warm-start using parameters from a previous trial.

Note that child trials start with the checkpoint from their parent.

Here, there is one worker per child (number of workers = population size), but the paper describes a “budget mode” where a larger population can be used. See sections 3.7 and 3.10 for practical details. 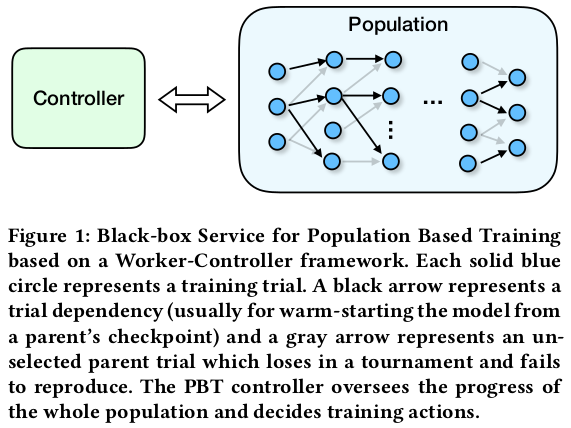 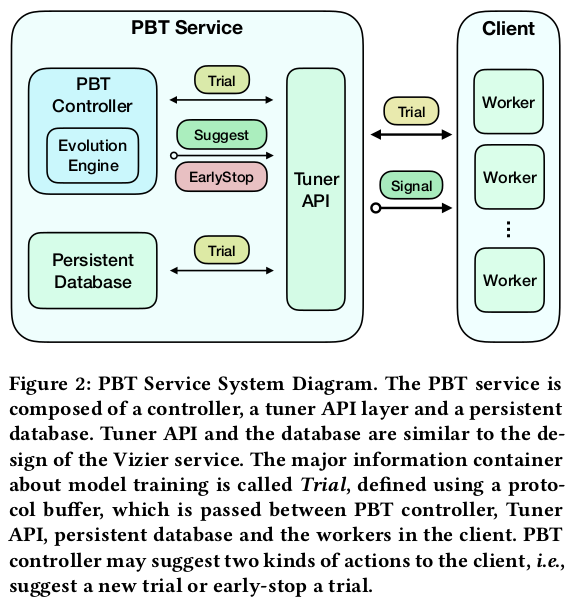 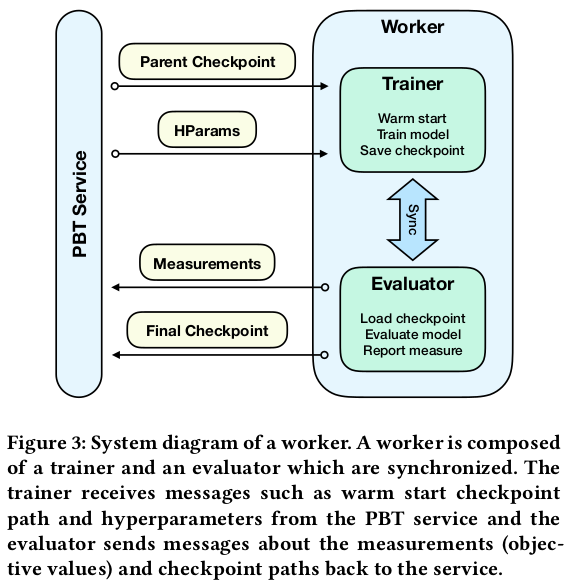 The authors claim to have trained a state-of-the-art WaveNet for voice synthesis using their proposed method (PBT). They only optimize the learning rate! This means that their method can be seen as optimising the learning rate schedule.

PBT can converge faster than others, if the number of workers and population size is well chosen. In addition, PBT has less variance than random search, as shown in Fig. 10. 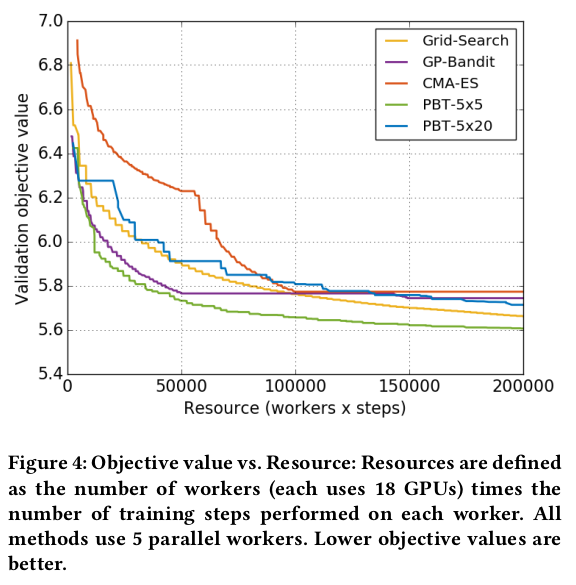 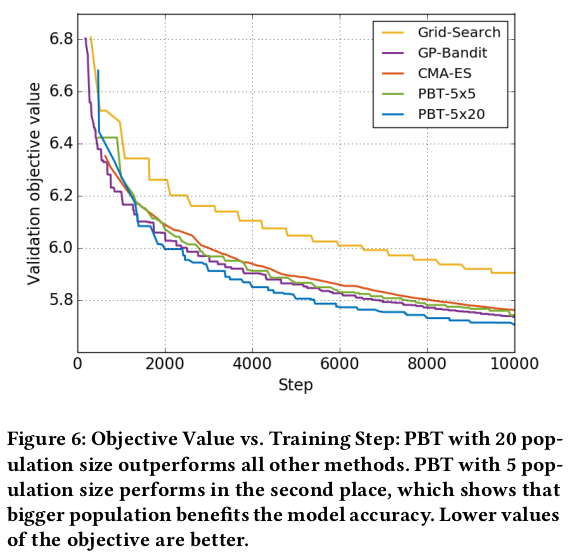