For region-based morphological analysis, cortical surfaces need to be consistently subdivided into regions based on cortical parcellation protocols. Consistent labeling of cortical regions is challenging due to the complicated cortical folds and inter-subject variability.

To compute the input features to the CNN, the following features are computed:

The deformed data features used to feed to the network are then: 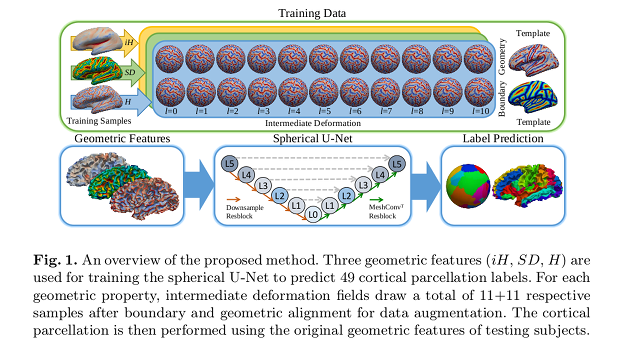 The authors used a spherical U-net architecture designed for segmentation tasks. They provide the described geometric features to the input channels and the corresponding labels to the output channels.

Data augmentation is performed by using all the deformations of the spherical harmonics between \(l=0 \ldots 10\).

At the end of the testing stage, they refine predicted parcellation maps with a standard graph-cut method to remove potential isolated regions and to create smooth parcel boundaries.

The cortical surfaces and their spherical mappings were reconstructed via a standard FreeSurfer pipeline.

The baselines used were:

For a fair comparison, the same graph-cut technique was applied to all the baseline methods.

No regions were found with significantly reduced Dice overlap. 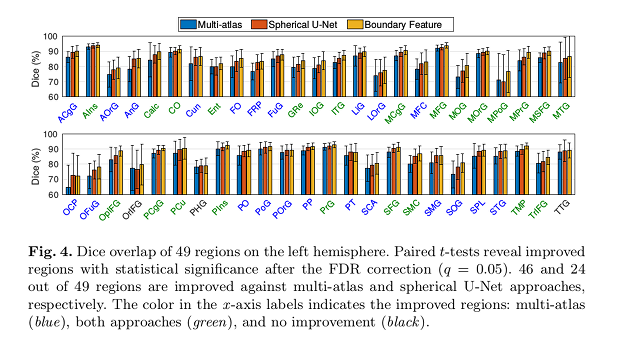