For most complex problems of interest, learning from scratch remains intractable, especially in long-horizon sparse-reward environments. Often, it is easier to provide a hand-crafted policy or a model-predictive controller in the case of robotics. But, these policies are often barely good enough and don’t do well in hard-to-model environments (involving friction for example) or environments full of obstacles.

In this work, the authors propose Residual Policy Learning (RPL), a method for improving existing policies. 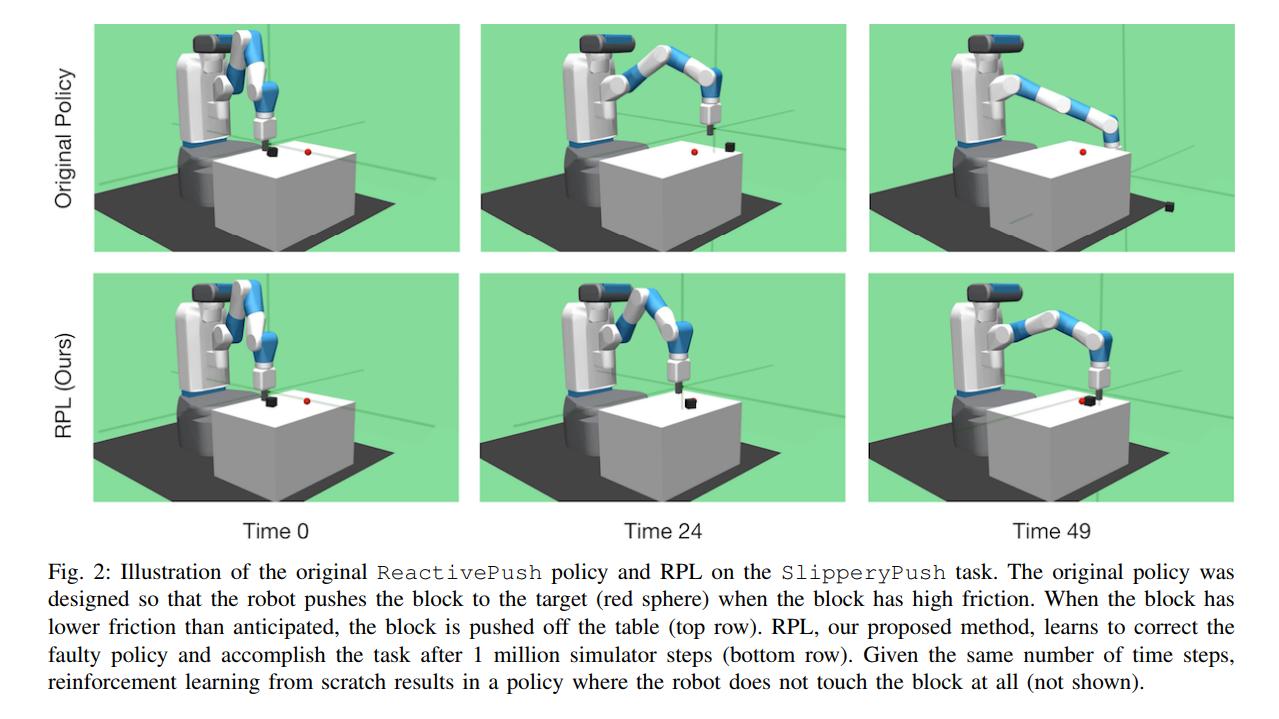 The main idea is to learn to augment existing policies by learning residuals on top of them. Given a policy \(\pi:S \rightarrow A\), the authors propose to learn a residual function \(f_\theta(s):S \rightarrow A\) given by

Therefore, RPL can be used to improve on non-differentiable policies.

Thus, standard reinforcement learning can be used to learn the residual policy.

In the case of Actor-Critic methods, because the gradient of the actor depends on the critic, a bad critic may make the actor worse. The authors, therefore, propose to train the critic alone first until its loss dips below a threshold \(\beta\), which they fixed at \(\beta = 1.0\)

Six tasks were tested for this method: