In this paper, the authors study the use of off-policy offline learning with Seq2Seq recurrent neural networks architectures to improve conversational agents.

Policy gradient: A lot of deep learning approaches to reinforcement learning (RL) make use of Q-learning, where the goal is to estimate the optimal action value function \(Q^*\) and then to choose the action that greedily maximizes \(Q^*\). However, estimating \(Q^*\) in large action spaces can be quite challenging. Policy gradient methods instead make changes to the parameters of a policy along the gradient of a desired objective.

The goal is to maximize the following (1):

where \(q\) is the distribution of states. The policy is updated by taking steps along the gradient of the objective,

Because the second term in the above gradient is hardly tractable, it can be ignored and the gradient can be approximated to:

However, \(Q^{\pi_\theta}\) and \(V^{\pi_\theta}\) aren’t available. \(Q^{\pi_\theta}(s_t,a_t)\) can be approximated by summing the future rewards at the current state. However, since trajectories come from \(q\) and not \(\pi_\theta\), the authors use \(\lambda-return\), a convex combination of the re-weighted rewards defined recursively from the end as

\(V^{\pi_\theta}\) still needs to be defined. Approximating it can be quite difficult as \(S\) can be potentially infinite. However, the role of \(V\) is only to reduce variance and does not need to be exact or even precise. Two options are proposed to approximate \(V\): The first one being a constant equal to the mean reward of the entire dataset. The second option uses the parametrisation \(V(s)=\sigma(\xi^T\phi(s))\) estimated using the \(GTD(\lambda)\) estimator. Their implementation of it is available in the appendix of the paper.

and the algorithm for Batch PG as 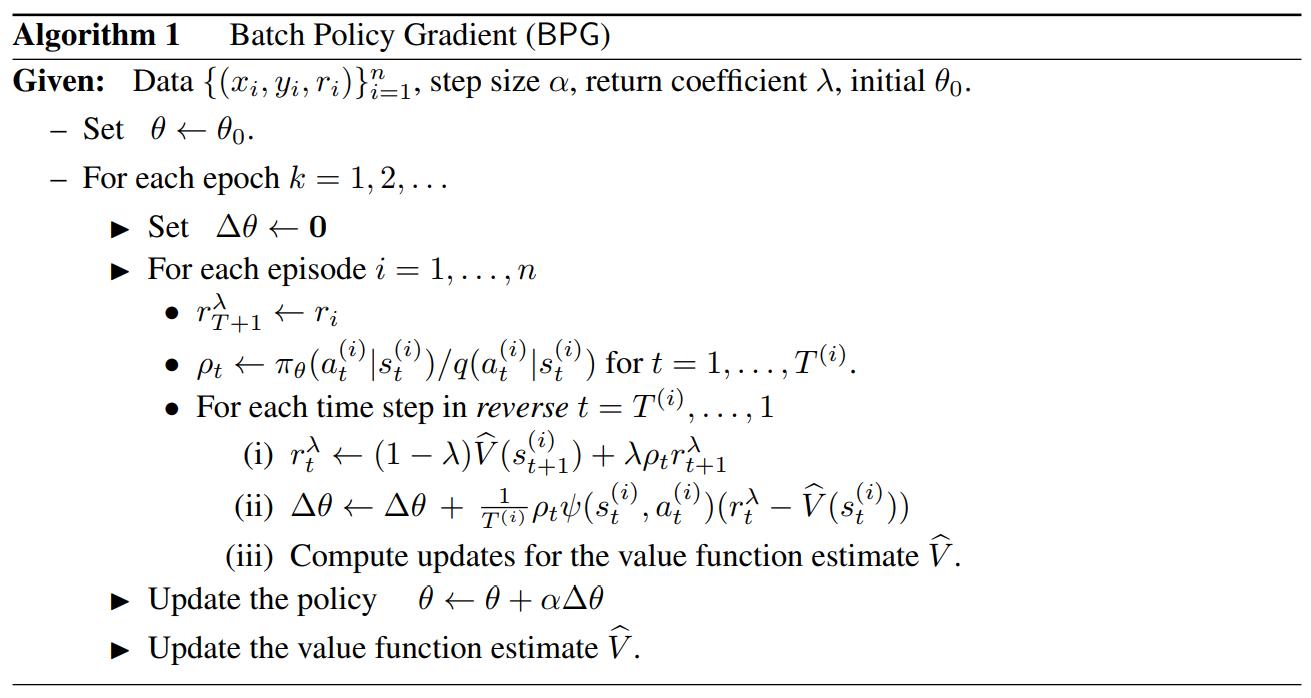 In a less mathematical manner, the model used is a two-layer LSTM where only the top layer of the decoder part is updated:

The authors first tested on the Europarl Dataset where the goal is to reproduce the input sequence without using some forbidden words.

The authors then validated their experiments on an online restaurant recommendation service. The authors first trained the model via supervised maximum likelihood on 6000 conversations of this dataset, and then generated 1216 responses from these conversations and had them ranked 0-2 which served as the reward for these responses.

The authors then trained their model on this dataset using BPG and BPG+ML bootstrapping and tested on 500 separate conversations, which were then also ranked 0-2. The results are below:

and some qualitative results: 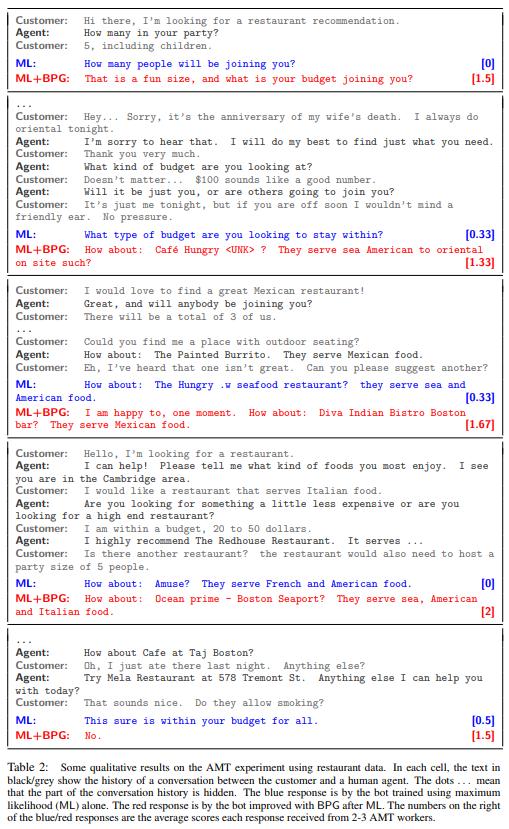 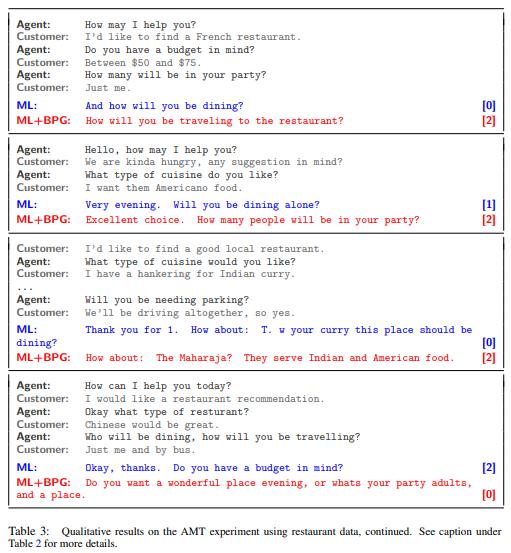 The proposed method works really well when you have a lot of unlabelled data and some expensive-to-acquire labelled data, and works marginally better than solely supervised learning.