Two samples are either similar or dissimilar. This binary similarity can be determined using several approaches:

Formally, if we consider \(\vec X\) as the input data and \(G_W(\vec X)\) the output of a neural network, the inter-point distance is given by

The contrastive loss is simply

where $m$ is a predefined margin. The gradient is given by the simple equations:

Results are quite convincing. 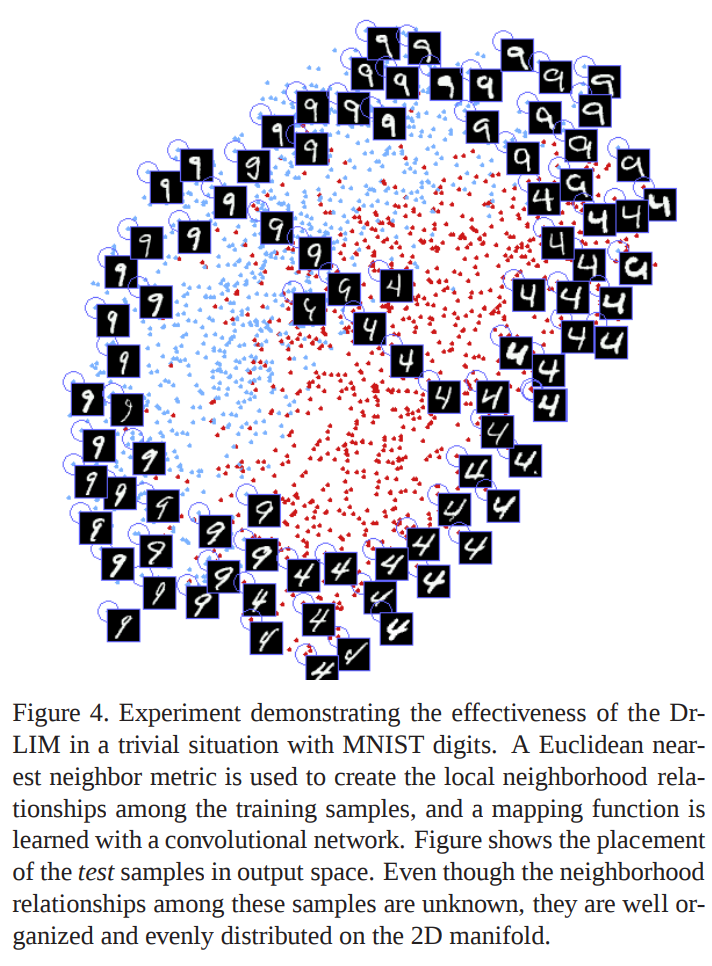 A nice blog on the contrastive loss (and other losses).