The authors propose a probabilistic approch to the “network generators” which they call “Stochastic Network Generators”. 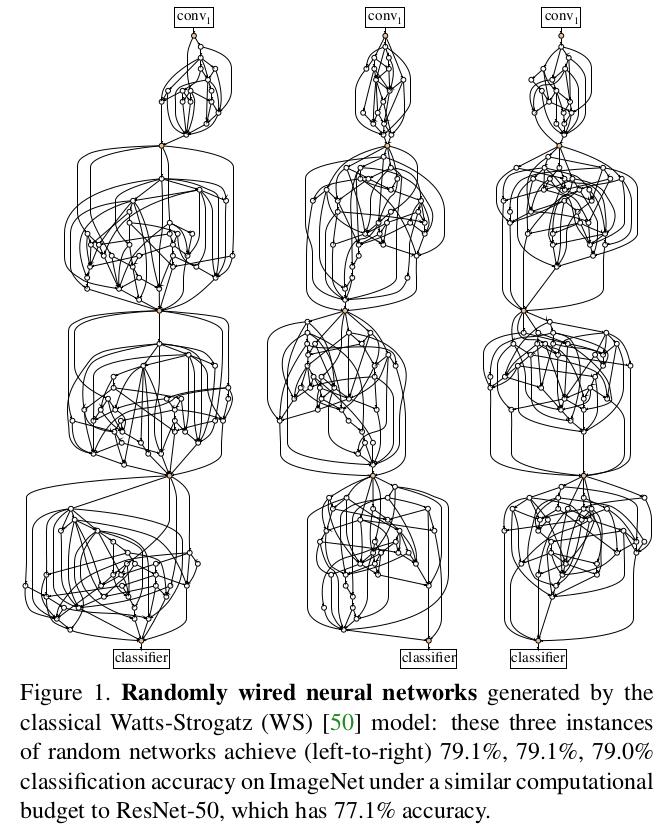 They define a stochastic network generator as a mapping from parameter space θ to a space of neural network architectures. The parameters can contain diverse information, for example in a ResNet generator, θ can specify the number of stages, number of residual blocks for each stage, depth/width/filtersizes, activation types, etc. They also introduce a seed parameter which can be used to contstruct a random family of networks for the same parameter θ. The authors use an LSTM to sample a graph construction action (e.g., insert an operator, connect two nodes…) with hand-designed rules defined to map the sampled actions to a computational DAG.

They use three method to generate graphs: 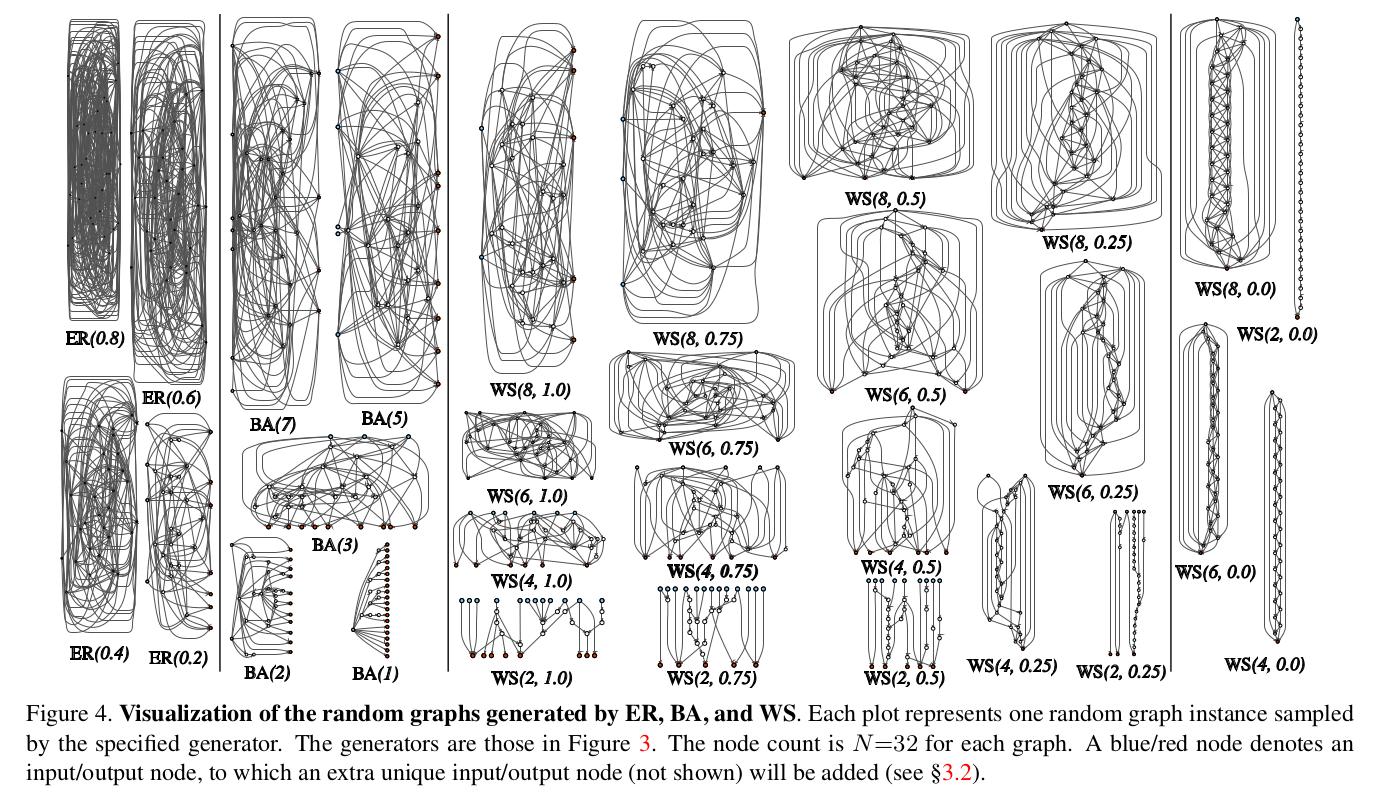 The three classical models all generate undirected graphs; they use a simple heuristic to turn them into DAGs, they assign indices to all nodes in a graph, and set the direction of every edge as pointing from the smaller-index node to the larger-index one.