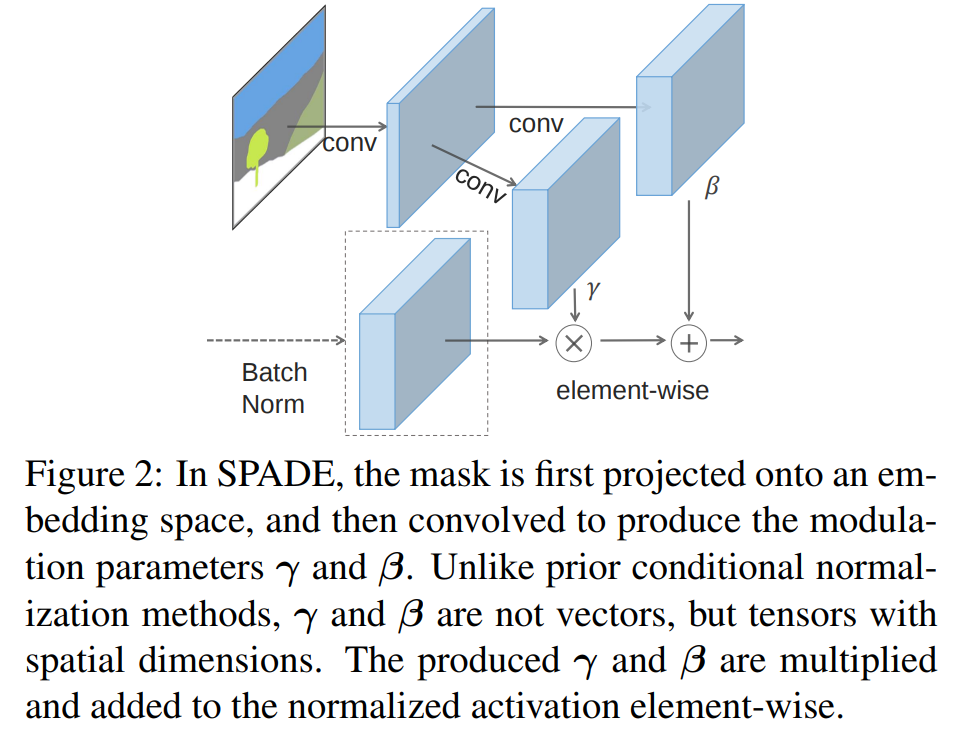 The authors argue that it is a generalization of Conditional Batch Norm 1as SPADE would be the same if you replaced the segmentation mask with the image class label and made the modulation parameters spatially invariant (\(\gamma^i_{c,y_1,x_1} \equiv \gamma^i_{c,y_2,x_2}\equiv ...\))

The architecture is quite simple

The full structure of the networks is available in the paper. 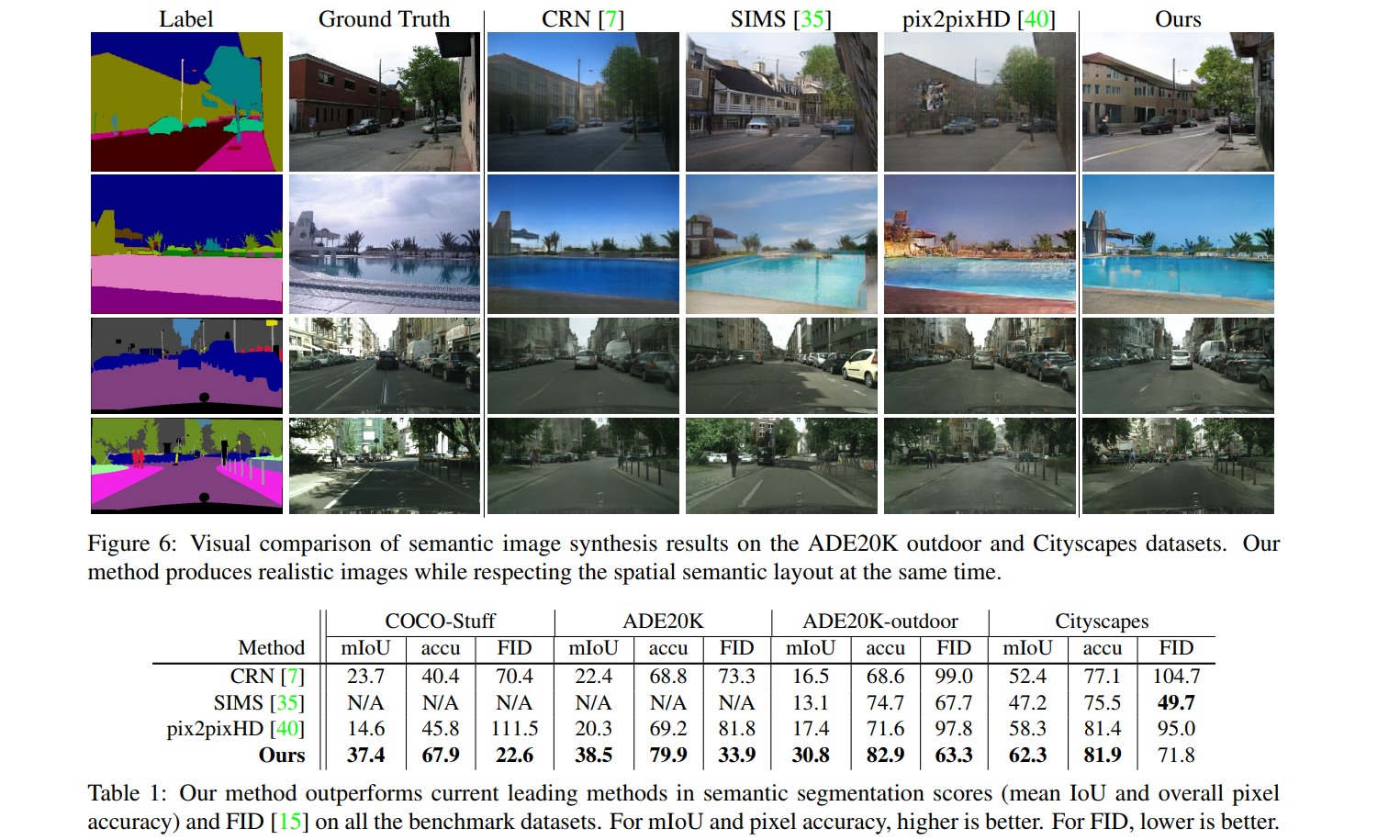 A bunch of other metrics (such as qualitative evaluation results), as well as ablation and augmentation studies, are available in the paper.