In this paper, the authors propose a domain adaptation method to train a deep neural net on a labeled source dataset and yet get good results on a target dataset whose visual domain is shifted WRT the one of the source dataset. The main novelty is a so-called Domain-specific Whitening Transform (DWT) as well as a Min-Entropy Consensus (MEC) loss which account for both the labeled source data and the non-labeled target data. The method is illustraed in Fig.1.

For the DWT, they replace the usual Batch Norm

by a new Batch Whitening operation:

The goal of the BW is to project the feature space of both target and source distributions onto a common zero-centered hypersphere.

The second contribution of this paper is the Loss which they minimize :

Since the target data are unlabeled, the goal of that loss is to make sure that the prediction of two identical batches \(B_1^t\) and \(B_2^t\) more or less some noise are identical.

The method is state-of-the-art on several source-tardet dataset pairs: 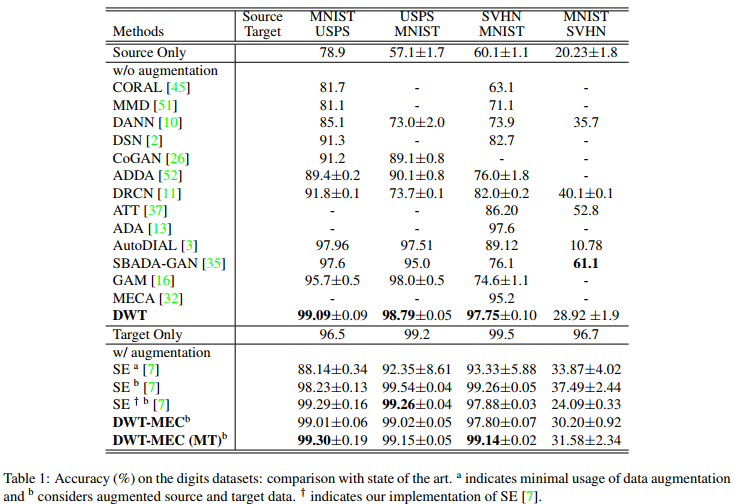