Labeling datasets of medical images requires significant expertise and time, and is infeasible at large scales. These techniques involve costly engineering efforts, and are typically dataset-specific.

The problem of limited labeled data is exacerbated by differences in image acquisition procedures across machines and institutions, which can produce wide variations in resolution, image noise, and tissue appearance.

Data augmentation functions, such as random image rotations or random non-linear deformations are easy to implement, and have been shown to be effective at improving segmentation accuracy in some settings. However, these functions have limited ability to emulate diverse and realistic exam image features.

Authors propose to address the challenges of limited labeled data by learning to synthesize diverse and realistic labeled examples, using learning-based spatial and appearance transforms between images in the dataset.

New examples are synthesized by sampling transforms and applying them to a single labeled example. The method is tested on the task of one-shot segmentation of brain MRI scans.

Each transform is comprised of a spatial deformation field and an intensity change. The transforms are learned by separate networks to capture the distribution of anatomical and appearance differences between the labeled atlas and each unlabeled volume. 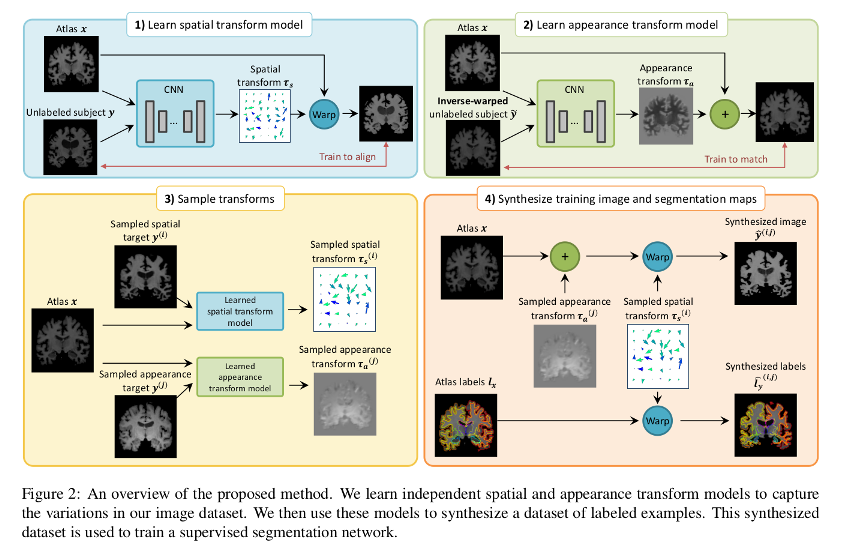 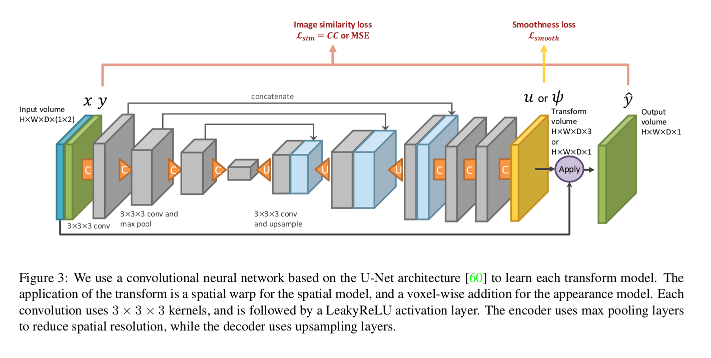 101 scans are randomly selected to be present at training time, and a single labeled volume is used among these as the label set for the training. 50 additional scans are used as the validation set, and 100 others are used as the test set.

The method is compared against four baselines:

Consistent improvement of Dice scores across all brain structures are reported. 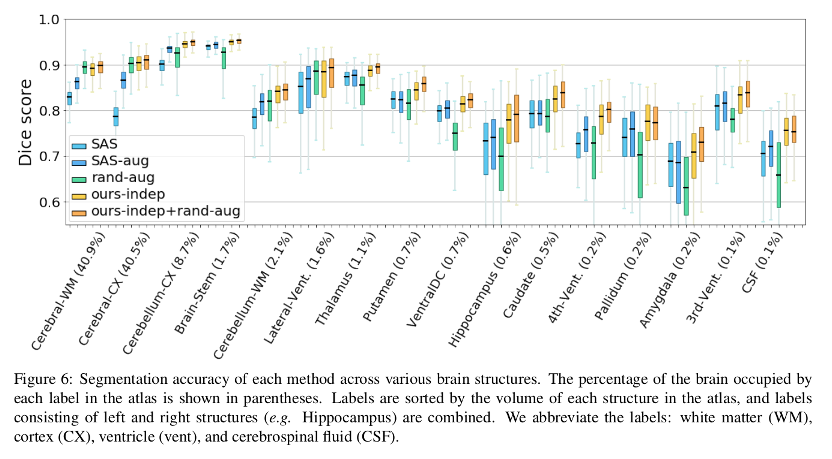 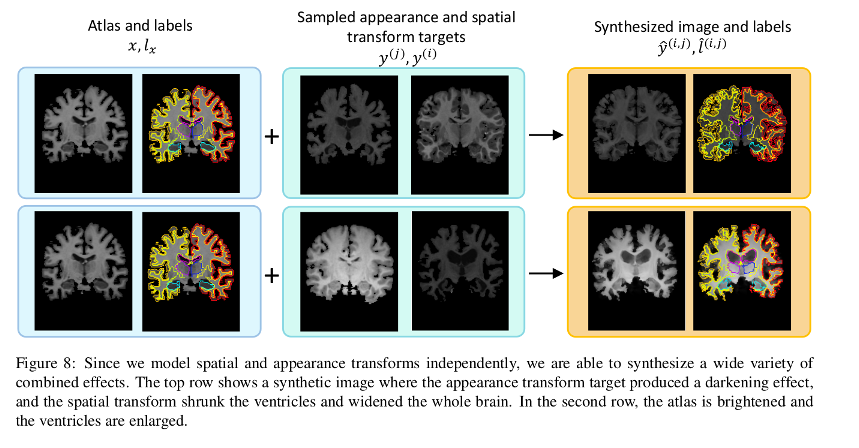 Authors demonstrate a method for data augmentation generating new volumes by sampling spatial and appearance transforms and applying them to the labeled volume. The synthesized examples are used to train a supervised segmentation model that shows an improved performance over the compared methods.