This paper proposes Prototypical Networks for the problem of few-shot (and zero-shot) classification, where a classifier must generalize to new data given only a small number of examples of each class. Prototypical Networks learn a metric space in which classification can be performed by computing distances to prototype representations of each class. The proposed method is relatively intuitive and surprisingly effective.

Note that in their implementation, \(f_\phi\) is a four-layer CNN.

Interestingly, when the system uses an Euclidean distance \(d(.)\) the system becomes a linear model as illustrated in Figure 1.

The training algorithm is as follows: 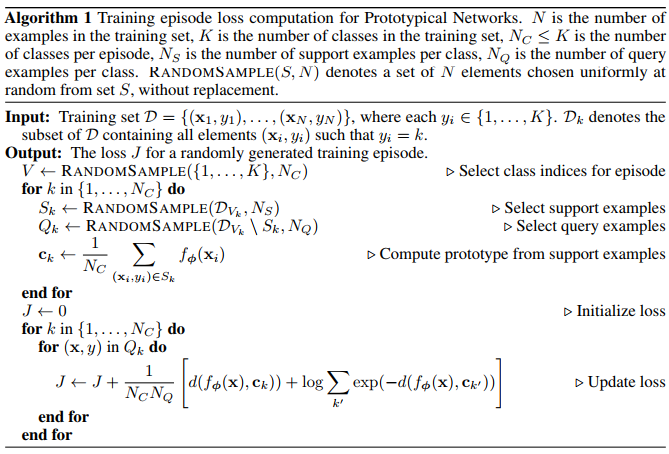 A real illustration of the resulting embedding of a propotype network is shown in Fig.2. 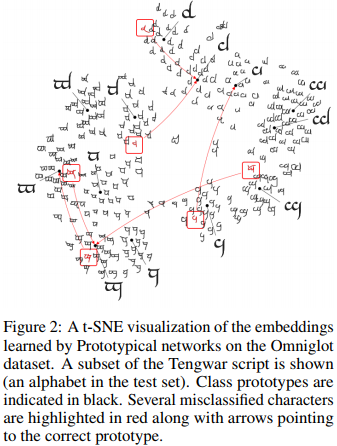 The method was state of the art on several datasets back in 2017. 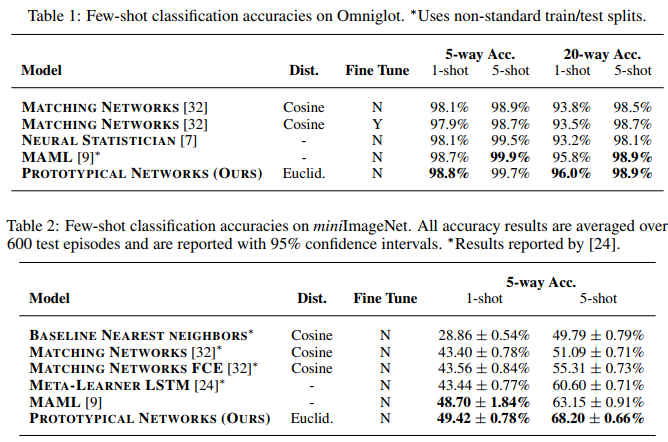