The Adversarial Autoencoder (AAE) is a probabilistic autoencoder that uses GANs to match the posterior of the hidden code with an arbitrary prior distribution. This way, sampling from the prior space produces meaningful samples. As a result, the decoder learns a mapping from the imposed prior to the data distribution.

In theory, the universal approximator is more powerful but still easy to train, but the authors mention that the results were all similar no matter what kind of encoder was used, so all reported results are from the deterministic encoder…

Variational autoencoders use a KL-Divergence loss to optimize a lower bound and impose a prior on the hidden code, while the AAE uses adversarial training to match the posterior to the prior. 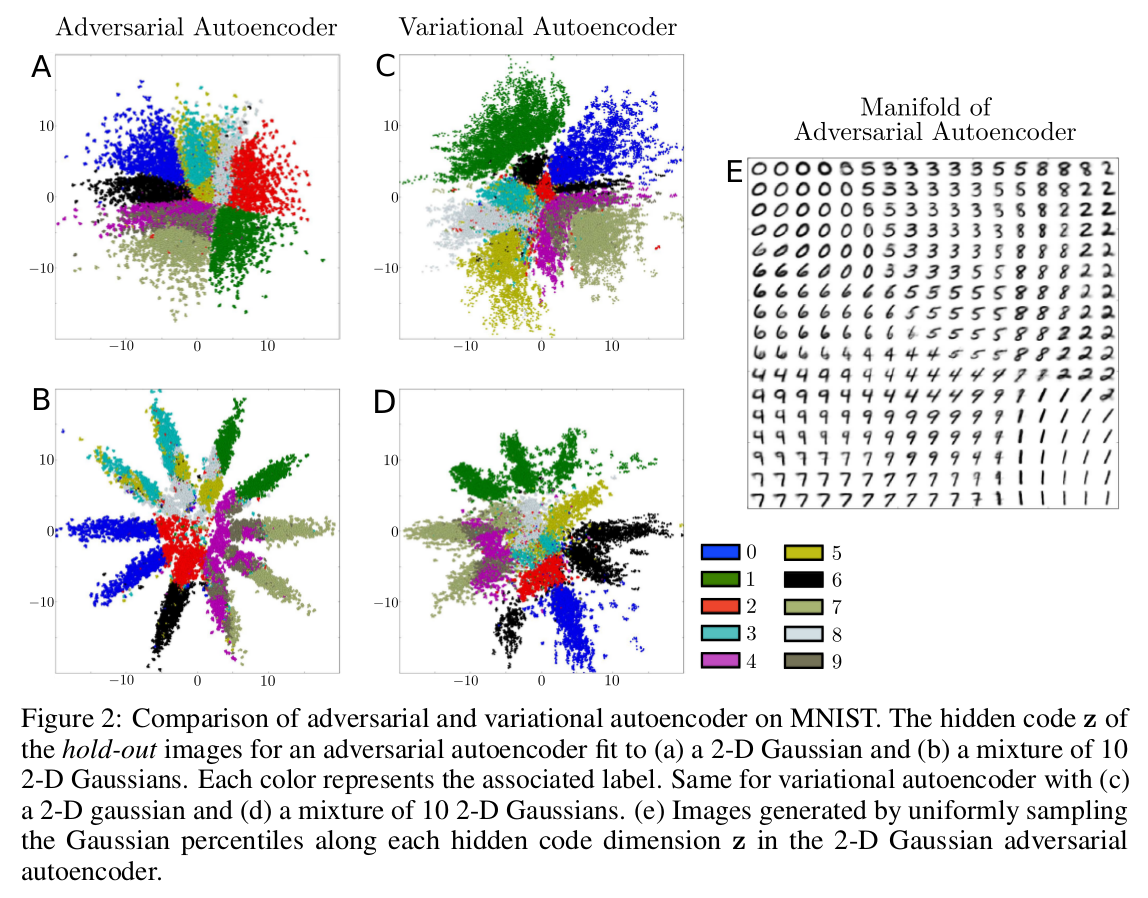 A one-hot class vector is added as input to the discriminator, and includes an extra class for unlabeled examples. 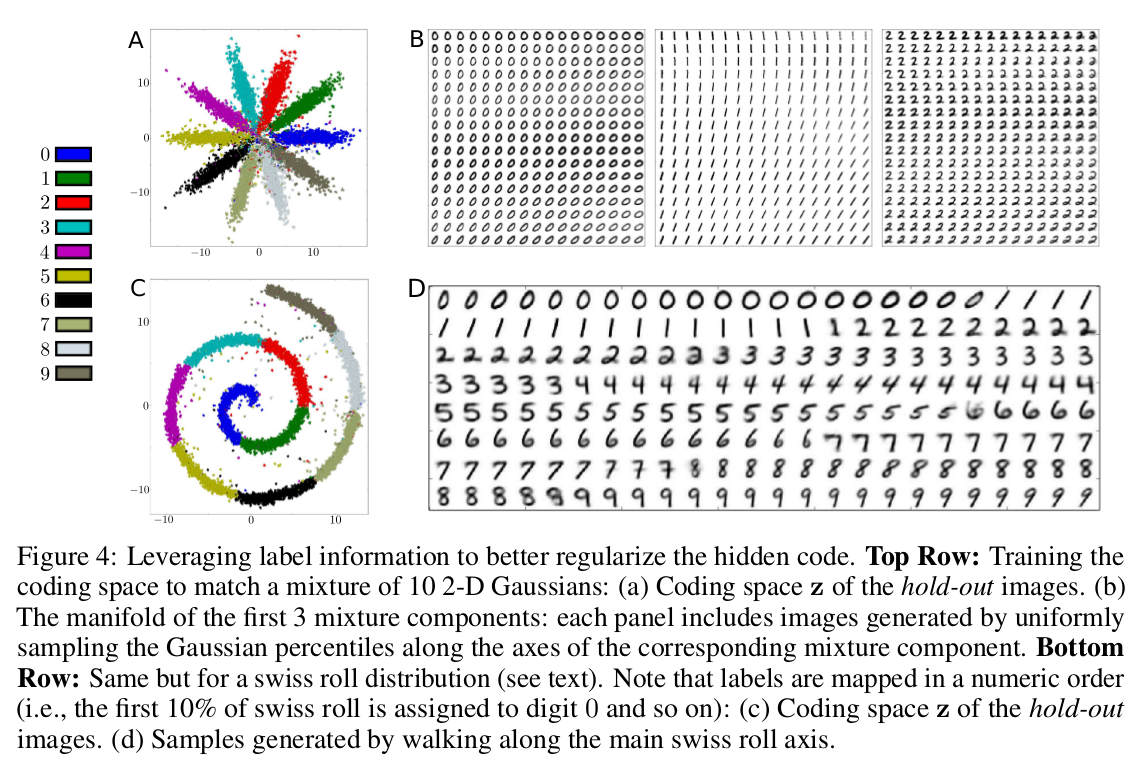 The class label is given to the decoder, which means the hidden representation only needs to encode the “style”. 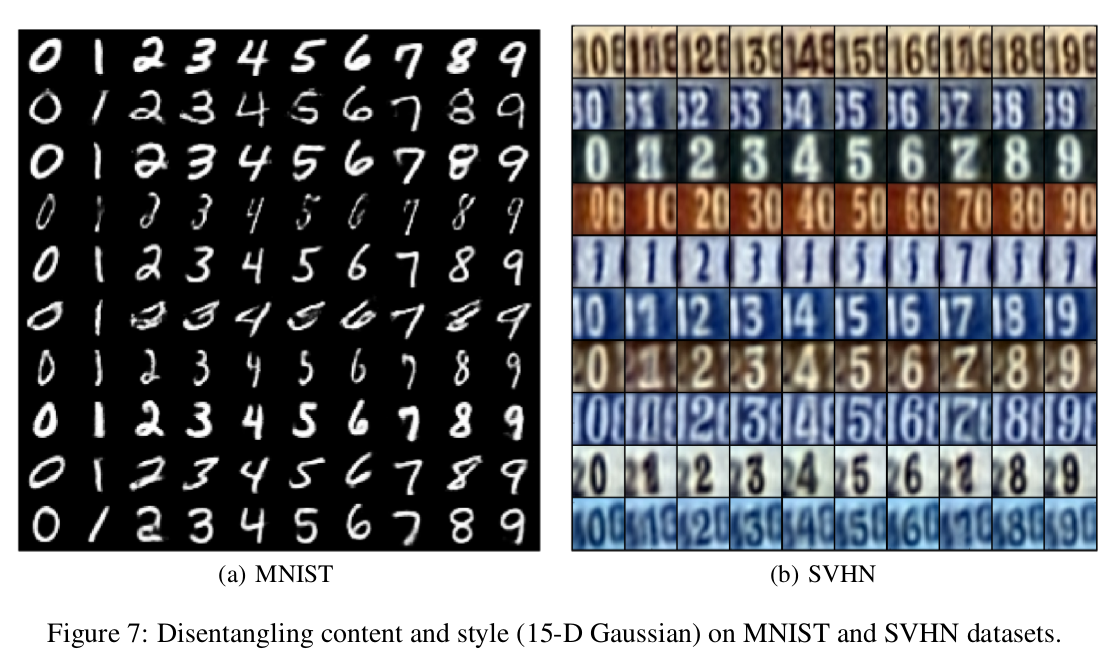 In Figure 7, a hidden code is sampled for each row, and only the label changes. 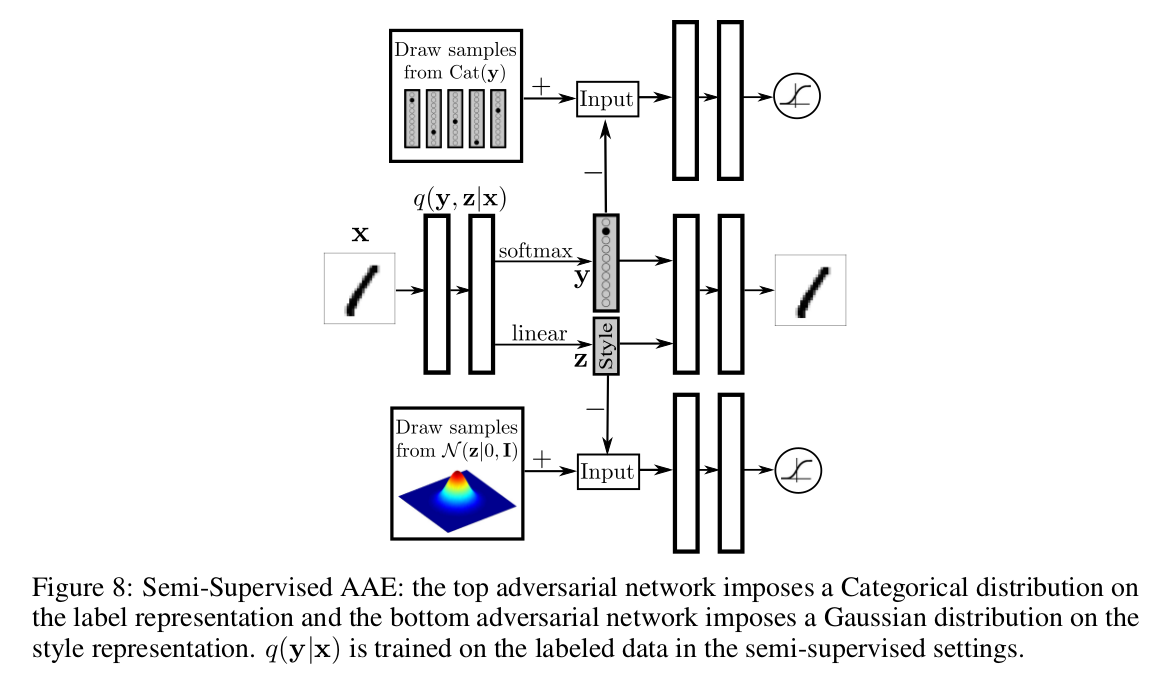 Training is done in 3 phases:

AAE does better than the Variational Autoencoder, but is beaten by the Ladder Networks and ADGM.

The model is the same as in Figure 8, but the number of classes now represents the number of desired clusters, and there is no classification training phase. In Figure 9, the cluster head is chosen by setting the style hidden code to zero and setting the label variable to one of the possible one-hot vectors (16 in this case). 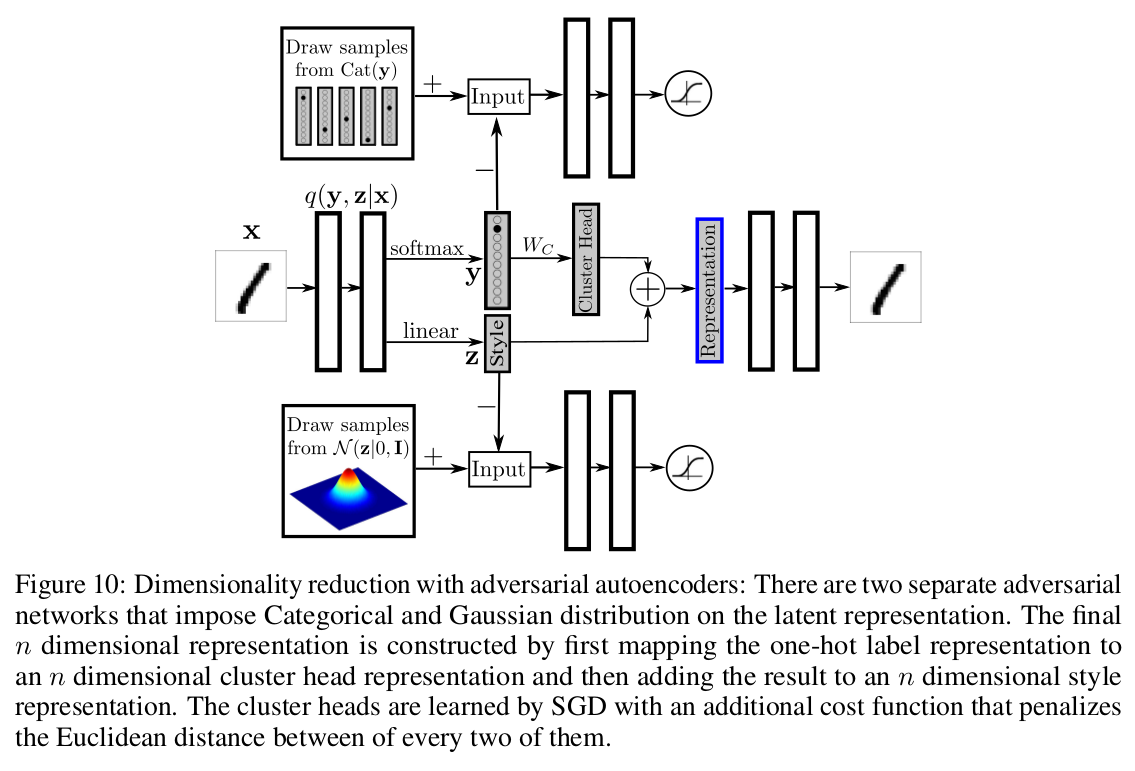 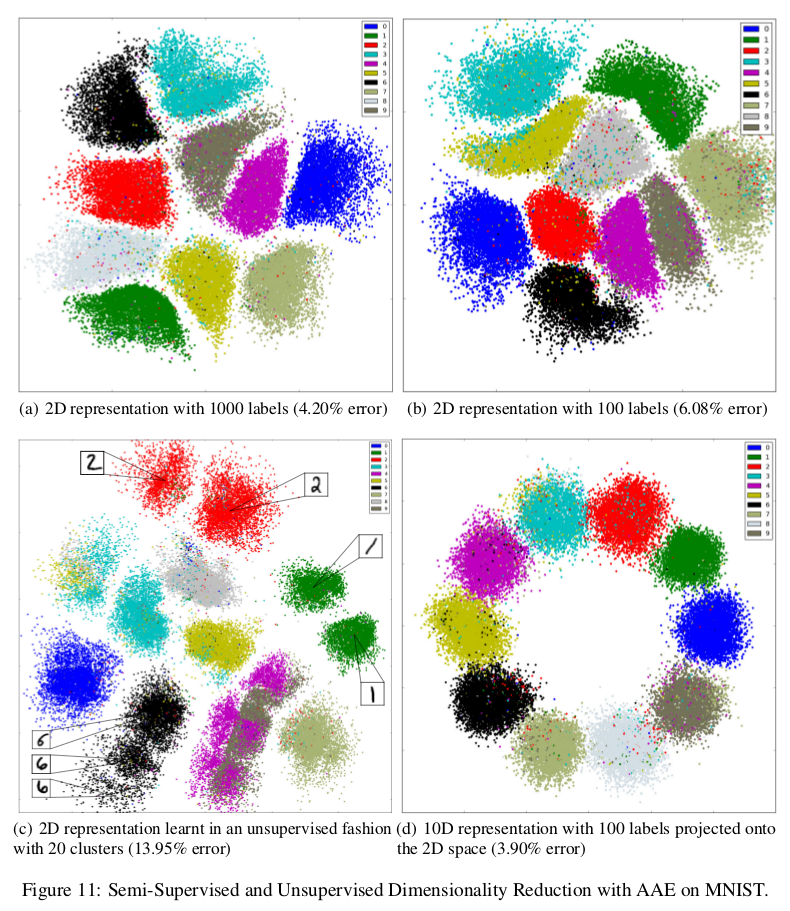