Method: Use a ResNet on 3x3x3 patches to harmonize SH coefficients voxel-wise, by learning a mapping between sites. 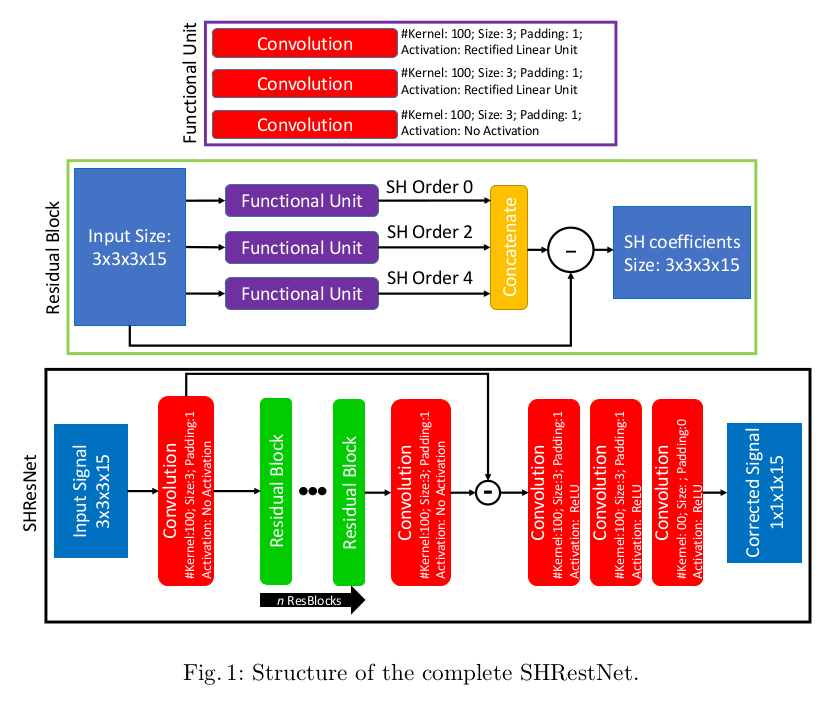 RISH: Squared L2 norm for each order of SH coefficients

The only reported baseline is the Golkov method1, a 3-layer, 150 units neural network with ReLU and Dropout designed, applied on a single voxel at a time; it was “designed” for the estimation of scalar measures from diffusion data, and seems completely unrelated to harmonization.

There is no classical method baseline… 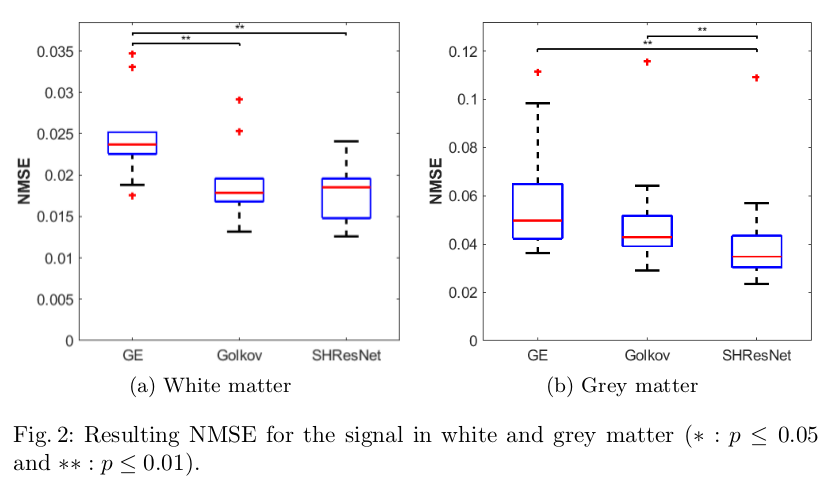 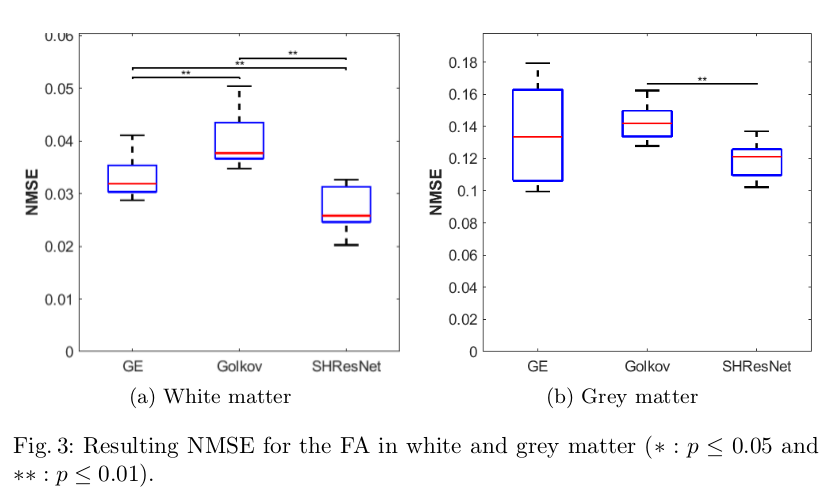 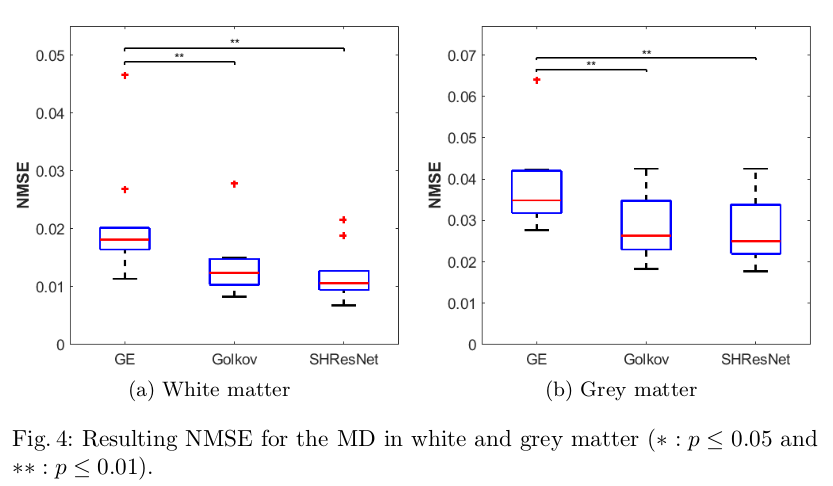