Authors propose a convolutional neural network (CNN) trained on the output produced by the state of the art models for whole brain segmentation on human brain MRI images.

Evaluation was done on healthy control and schizophrenia subject images.

The network is based on a previous architecture from the same authors, called MeshNet1, which has been demostrated to perform successfully in gray and white matter segmentation.

They propose an 8-layer CNN, and uses 3D convolutions to do the task. 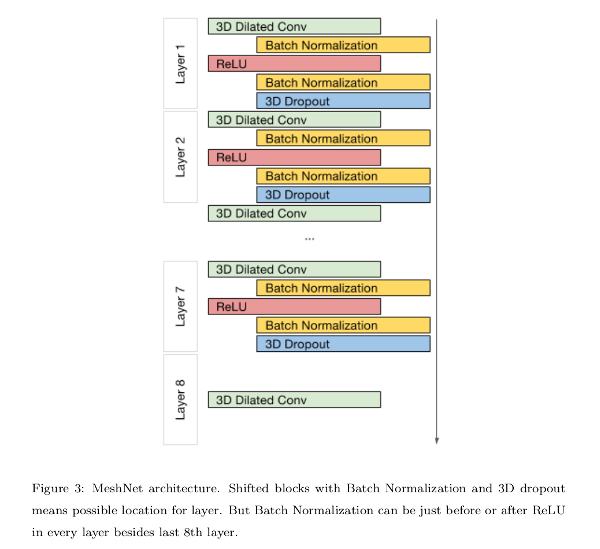 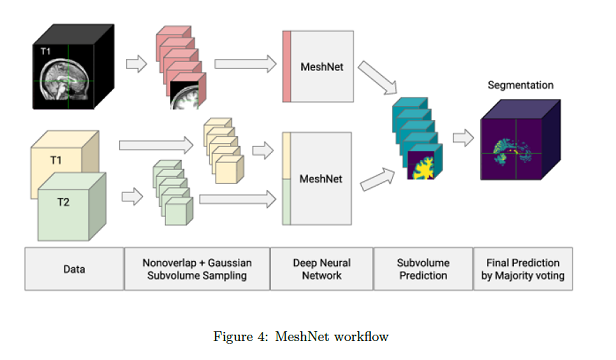 Volume subsampling is required due to memory limitations. At training time, they divide the input volumes in non-overlapping Gaussian subsampled volumes and obtain a class prediction in every voxel. The final segmentation label for a tissue is obtained by voxel-wise majority voting.

The metrics they report on are:

They benchmarking reference are the labels produced using Freesurfer4.

For the FBRIN dataset they used the HCP pre-trained weights, and hence they used a very reduced number of subjects for training and validation.

The results are hard to generalize and vary a lot across brain regions.

They found among the network variants they tested, those that do not use dropout show a better overall performance. 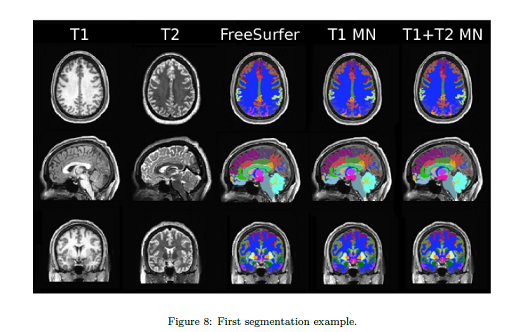 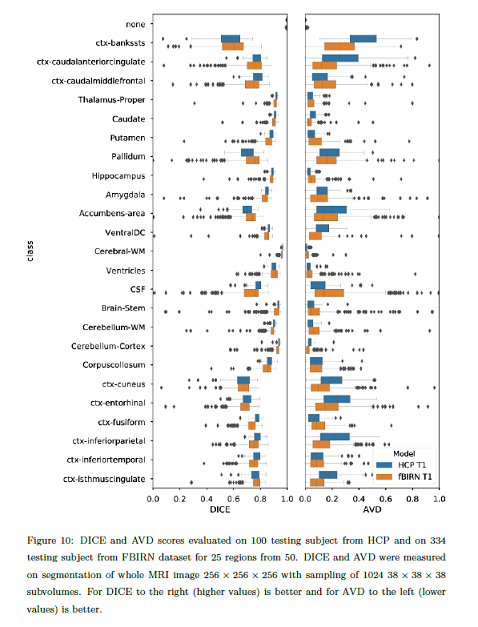 Their method requires knowing the voxels that belong to a structure.

The results are not clearly presented, and the conclusions are rather weak.