Problem : Inter-site variability in the diffusion MRI signal poses problems for tractography, segmentation, and other types of analysis.

Proposed solution : Data harmonization by mapping the SH coefficients from a target site to an arbitrarily chosen reference site.

[The] inter-site variability in the measurements can come from several sources, e.g., subject physiological motion, number of head coils used for measurement (16 or 32 channel head coil), imaging gradient non-linearity as well as scanner related factors. This can cause non-linear changes in the images acquired […]. Inter-site variability in FA can be upto 5% in major white matter tracts and between 10-15% in gray matter areas. On the other hand, FA differences in diseases such as schizophrenia are often of the order of 5%.

Standard methods to address this problem :

The “energy” of the SH coefficients for each order is defined as the \(L_2\) norm, and forms a set of rotation invariant features:

The authors define the RISH features of the target site as the expected value of the energy for orders 0,2,4 and 6, for the \(N_k\) subjects of site \(k\):

In each region, the sample average RISH features \(\mathbb{E}_k (\cdot)\) are computed. 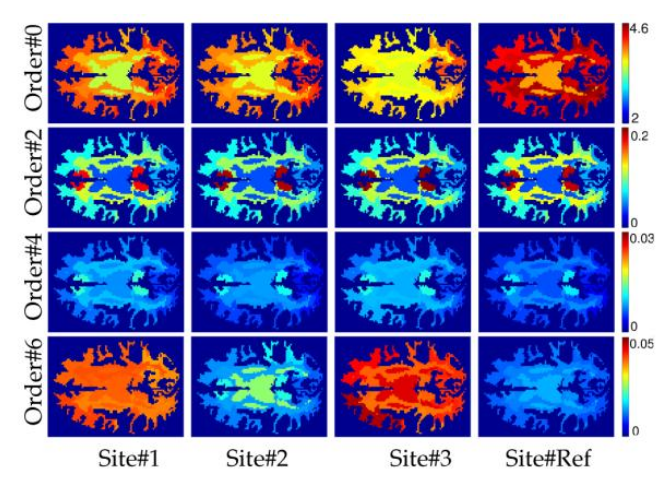 The goal is then to find a mapping \(\Pi (\cdot)\) such that all scanner related differences are removed :

Thus, the “group” mapping is given by

Then, all there is left to do is to change the SH coefficients in each voxel to satisfy Equation 5 for each region. There are 2 possibilities, shifting the coefficients (adding a delta) or scaling (multiplying by a delta).

Shifting can cause coefficients to change sign, which is ill-posed for SH, as seen in figure 3. 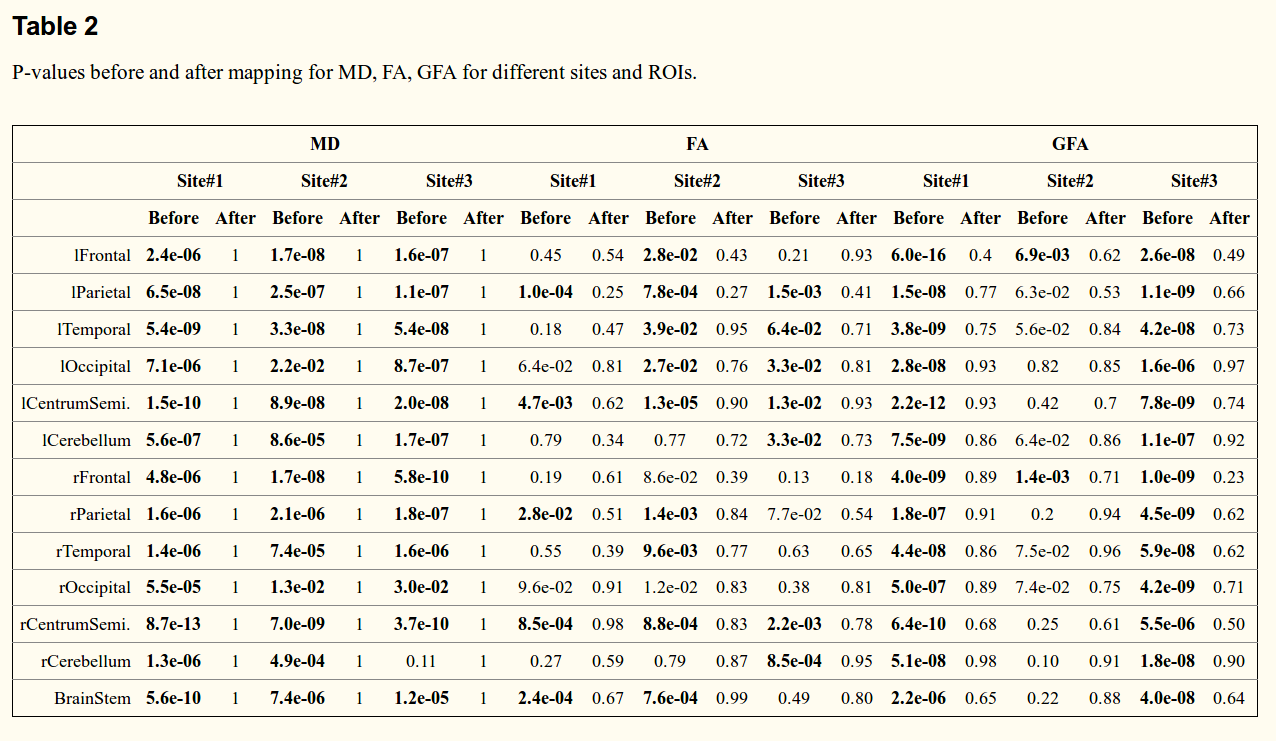 The tests show there is “no statistical difference” after harmonization.