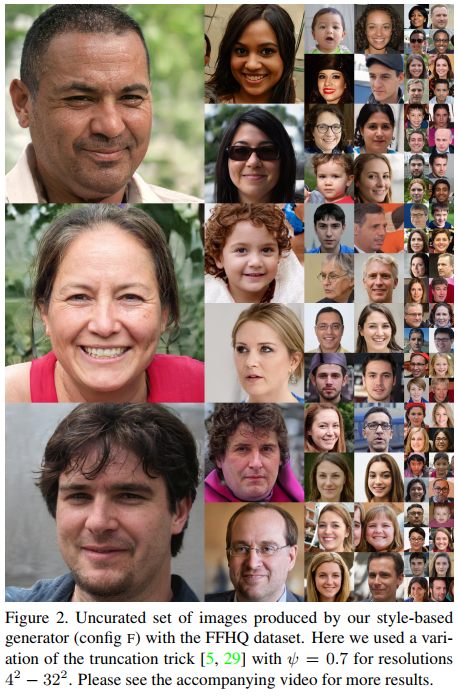 This paper presents a ground breaking generative neural network that produces the most realistic images of human faces ever. The secret of their method resides roughly in three main improvements over a Baseline Progressive GAN (which happens to be a 2017 paper from the same authors[1]) on top of careful tuning of the baseline method. The loss of the network is a common WGAN loss. The proposed method is well illustrated in fig.2. 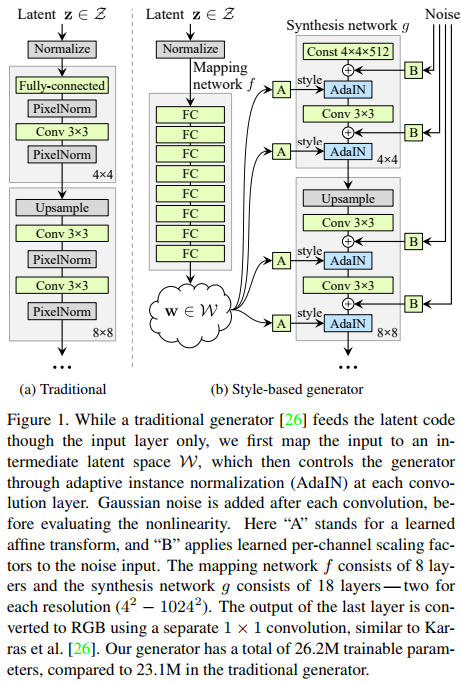 The main contributions of this paper are threefold: 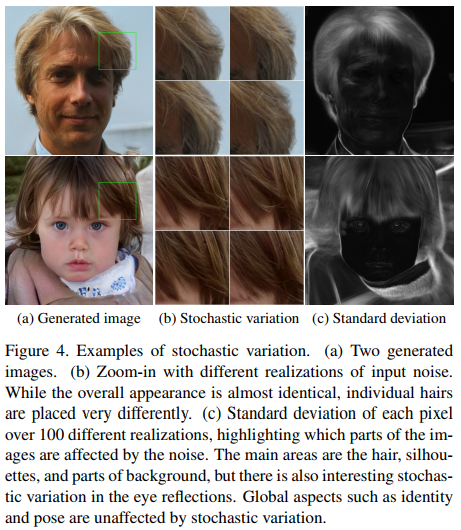 Authors also show that the latent vector \(w\) of more than one image can be combined together to produce mind-blowingly accurate facial combinations. 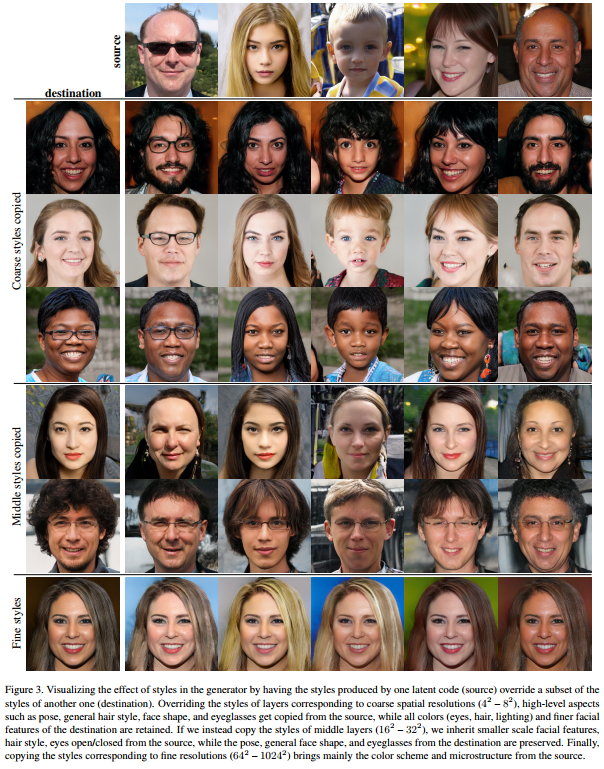 They also showed that their method was successful at producing other types of images such as bedrooms and cars. 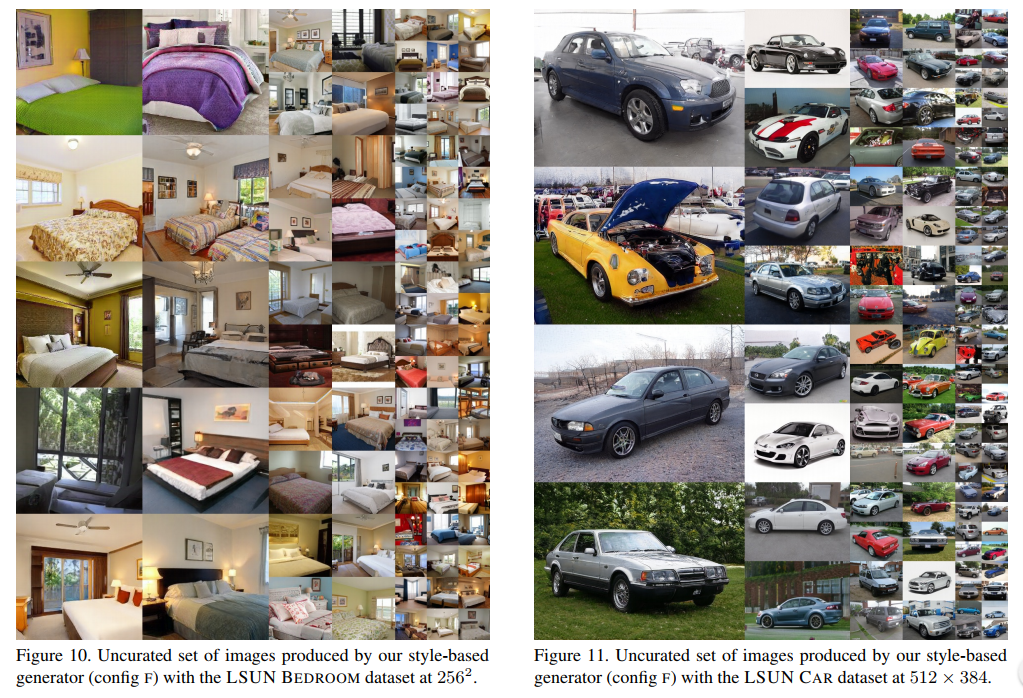