A variety of ML and Deep Learning (DL) methods have been proposed to date. All provide a single streamline direction in each step (deterministic tractography). Also, they do not attempt to model the underlying fiber orientation distribution function (fODF), but rather directly provide a single tracking direction.

DL has also been applied to fODF reconstruction. These works, however, do not perform fiber tractography.

They feed their RNN with the sequence of DWI values along each streamline segment.

Given an input sequence, the network predicts a vector of \(M + 1\) class probabilities \(P(\textbf{d})\) along each point of the input streamline (\(M\) represents the number of classes of an fODF discrete sampling over the unit sphere, to whom an “end-of-fiber” class is added).

These distributions differ from standard fODFs, since they are conditioned by the DWI “history” along a specific streamline path. They refer to them as conditional fiber orientation distribution functions (CfODFs).

During training, the predicted CfODFs are compared to the “true” orientation derived from input streamline itself.

To penalize larger mistakes, true ground-truth labels are convolved with a Gaussian kernel to compare the generated probability distribution. 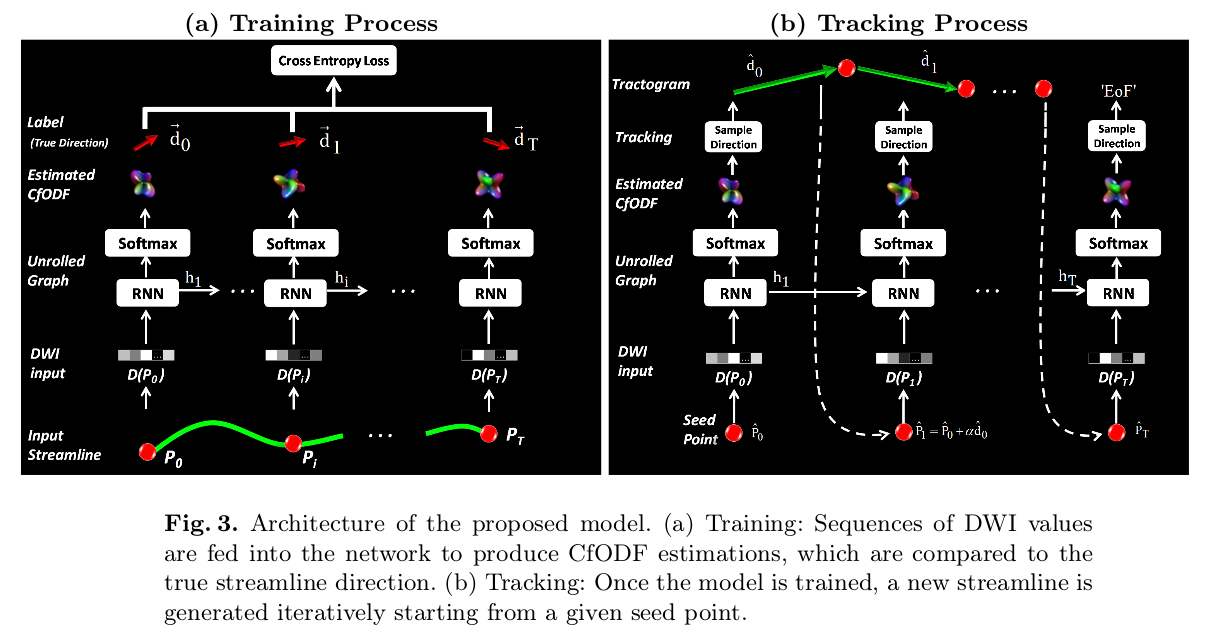 The streamline is propagated iteratively as in standard tractography algorithms according to \(\hat{p}_{k+1} = \hat{p}_{k} + \alpha \hat{d}_{k}\). The process is repeated until the “end-of-fiber” class is predicted.

To avoid accumulated errors leading to completely erroneous outputs, the tracking process of a streamline is terminated whenever the entropy of the predicted CfODF exceeds a threshold fixed according to the rule \(E_{th}(t) = a \cdot exp \left( -\frac{t}{b} \right) + c\). 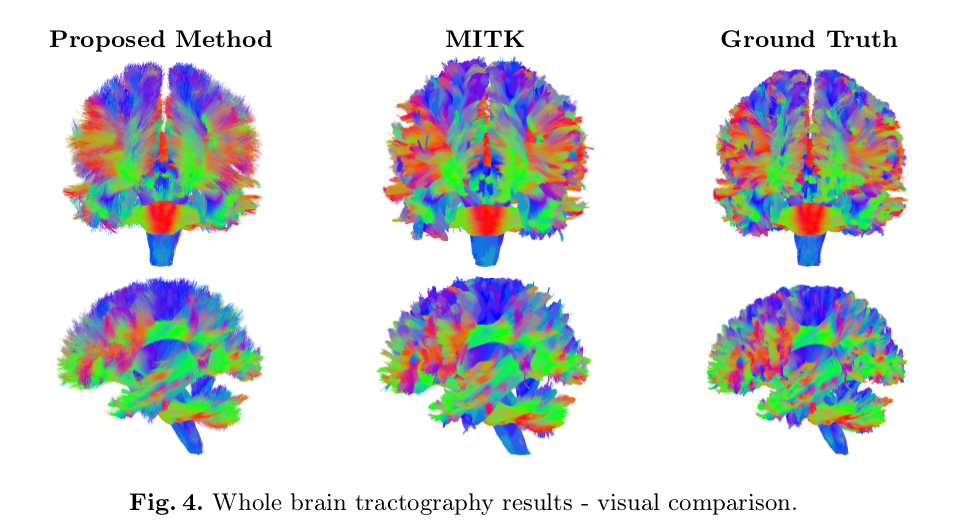