Budget-Aware Regularization (BAR) allows to simultaneously train and prune a neural network architecture, while respecting a neuron budget. The method is targeted at “turning off” irrelevant feature maps in CNNs. To find which feature maps are relevant, “Dropout Sparsity Learning” is used. To respect the budget, a novel barrier function is introduced.

Contributions at a glance:

We learn which feature maps to keep by using a special kind of dropout. The first difference with traditional dropout is that each feature map is associated with a different Bernoulli parametrization (e.g. probability of being active). Let’s call this “feature-wise dropout”.

\(\mathbf{z}\) is a vector of “dropout variables”. The goal is to learn the parametrization of each dropout variable, with a preference for parameterizations that turn off the feature map. However, ordinary feature-wise dropout, because of its discrete nature, does not allow to learn the parameters by backpropagation. We will thus use a continuous relaxation of Bernoulli, named the Hard Concrete distribution. Using the Reparametrization Trick, we can draw samples from the distribution like so:

The following is a plot of the function \(g(\Phi,\epsilon)\) associated with the Hard Concrete. For our purposes, \(\Phi := \alpha\). 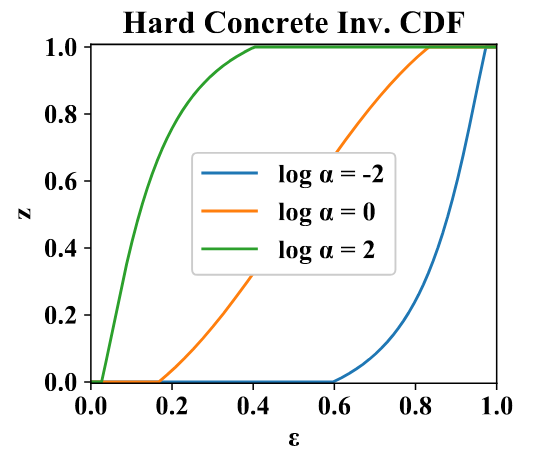 Here is an intuition about this plot. Take the blue curve; it is associated to a irrelevant feature map. Why? Imagine you draw samples \(\epsilon \sim \mathcal{U}(0,1)\) and you give them to this function. It will mostly output zero; in fact \(P(z=0) \approx 0.6\).

To promote the removal of neurons, a sparsity term is used in the loss. To enforce the budget, a novel barrier function \(f(V,a,b)\) is used: 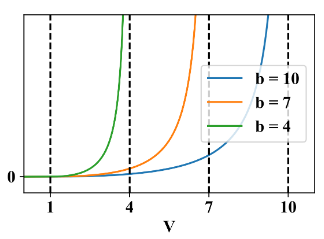 where \(V\) is the volume of the activation maps2 and \(b\) is the budget. For this figure, \(a=1\); this hyperparameter corresponds to the value of \(V\) where the budget is comfortably respected. The barrier function is multiplied with the sparsity loss:

The complete loss function is the sum of a data term and the sparsity loss term (above). The data term can be a cross-entropy, but a Knowledge Distillation objective is suggested for easier pruning. 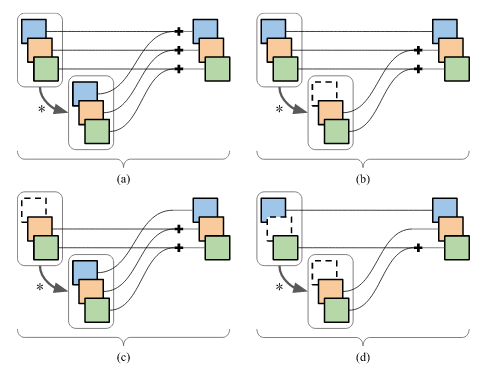 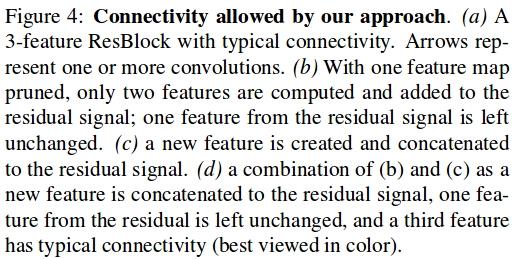 These connectivity patterns generally do not provide computational savings, unless they are leveraged by a special Mixed-Connectivity block implementation (given in the paper).

At the highest pruning factors, this method outperforms the state of the art. It also requires less hyperparameter tuning.