The goal of the paper is to propose a method to reduce human effort while maintaining the performance in interactive/weakly supervised segmentation tasks. The goal is to create additional seed points and obtain accurate segmentation results.

The contributions of the paper include:

Provided that a point on the desired object and a point in the background are given by the user, a sequence of artificial additional points are automatically generated for precisely segmenting the desired object.

The problem is formulated as Markov Decision Process (MDP) and optimized by reinforcement learning with Deep Q-Network (DQN).

Segmenting the object of interest in an image is one of the fundamental problems in computer vision. However, without knowing the user’s intention, automatic object selection has inherent limitations because where and what objects should be extracted differs by users.

The process is terminated after an arbitrary number of seeds have been generated.

The method uses a Random Walk (RW) model to perform the segmentation operation with the generated seeds.

The reward part is omitted during test time, and only the seed generation process is performed. 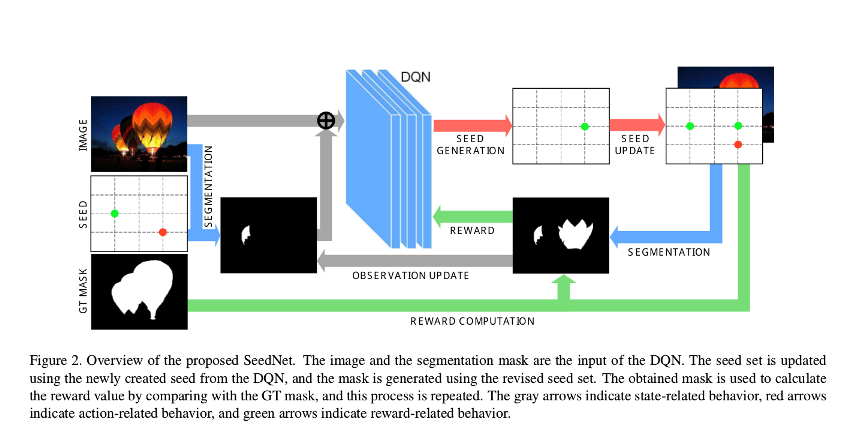 Results on the variability with respect to the segmentation method are included. 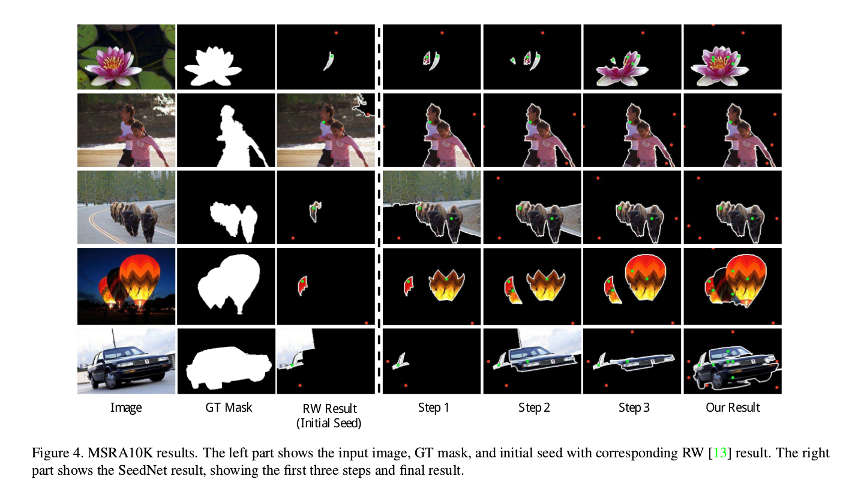 Comparison to other approaches:

It can be considered as an alternative to the use of attention models and reinforcement learning.

Only the binary mask information is added to the state to achieve robustness in the segmentation with respect to the seeds.

There are algorithms that allow to automatically select a point in the foreground and the background, so adding such a method as a prior step would ideally render the method fully automatic (if the seeds are acceptable).