Problems that exhibit high initial station variation produce high variance policy-gradient estimates and are hard to solve via direct policy or value function optimization. This paper provides a novel algorithm that partitions the initial state into “slices” and optimizes an ensemble of policies over these slices, which are then unified into a central policy.

To update the policies, the authors use the following loss, devired from TRPO1:

Then, the central policy is updated (the authors call this the “distillation step”):

Finally, here is the full algorithm: 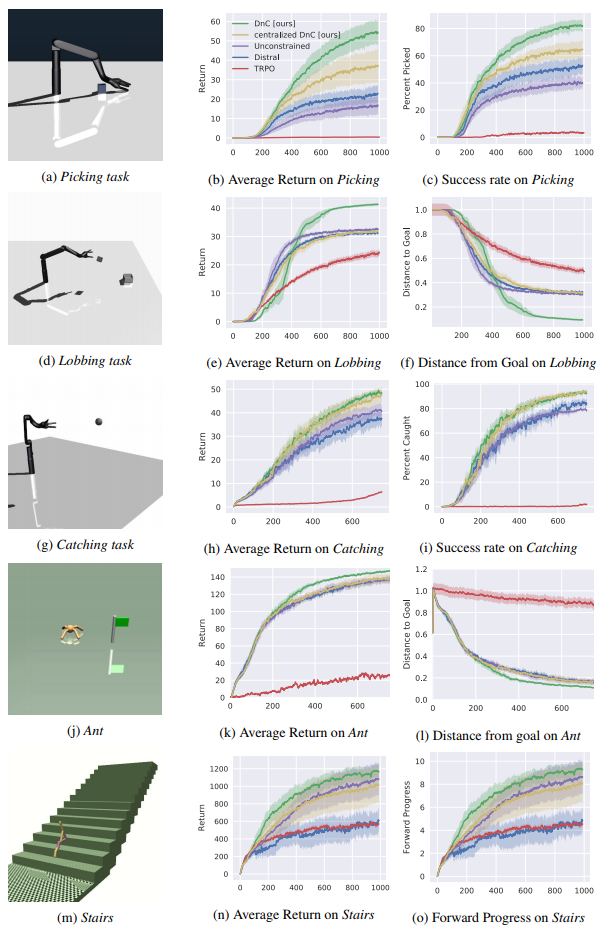 Finally, here’s a video of DnC versus TRPO