The goal of this method is to solve multiple image classification tasks with a single network. Previous approches tried to avoid catastrophic forgetting by using proxy losses. While training subsequent tasks, “Learning without Forgetting” (LwF) tried to preserve activations, and “Elastic Weight Consolidation” (EWC) tried to preserve the value of the weights.

The suggested approach uses pruning to “pack” multiple models into one network:

They are better than previous methods, and only slightly worse than using an individual network per task (which is nice). They confirm that their method works with VGG16 (with Batch Norm), ResNet and DenseNet (see table 4 in paper). 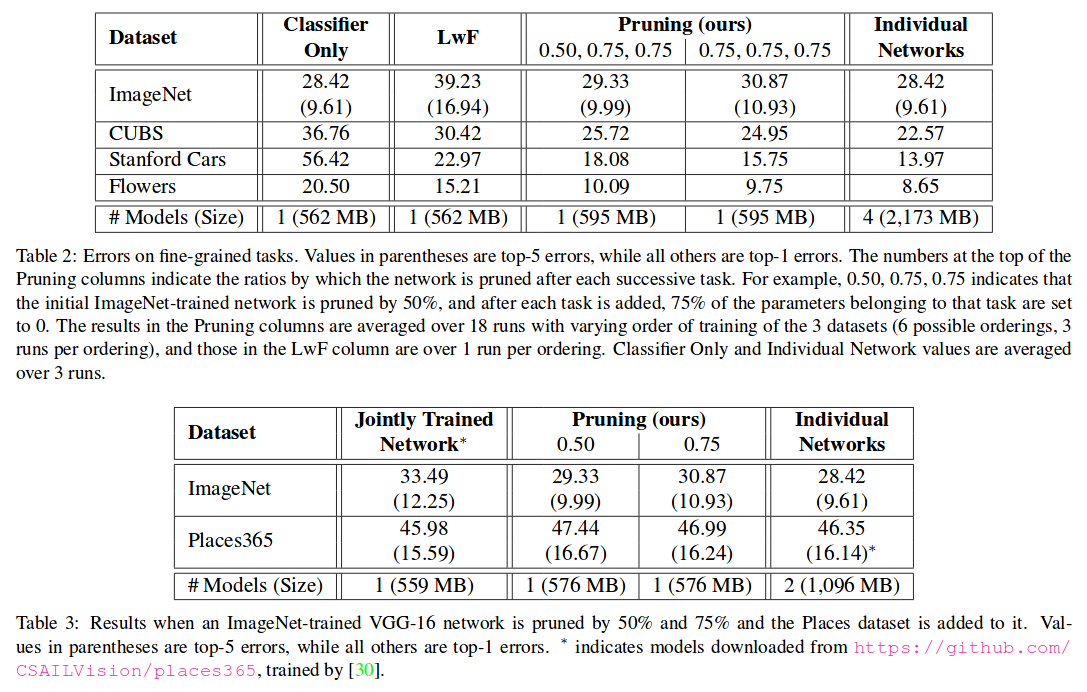 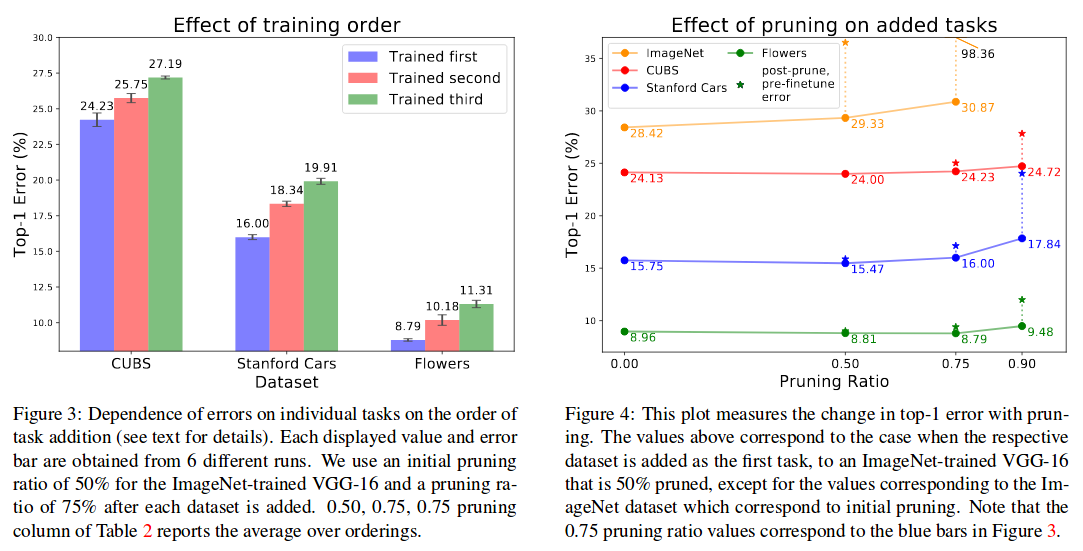