MorphNet is an approach to automate the design of neural network structures. MorphNet iteratively shrinks and expands a network, shrinking via a resource weighted sparsifying regularizer on activations and expanding via a uniform multiplicative factor on all layers. The proposed method has 3 advantages :

Let \(O_L\) be the output wight (number of output feature maps) or layer L and \(O_{1:M}\) the total number of feature maps between the first and last layer (M is the index of the last layer). They formalized their problem as follows:

where the goal is to find the most accurate model (with the lowest loss) but which respect a limited resource. For example here, the total number of flops must be below \(\zeta\). They then reformulate the problem as

The regularizer is given by the following formula:

And … the method works! 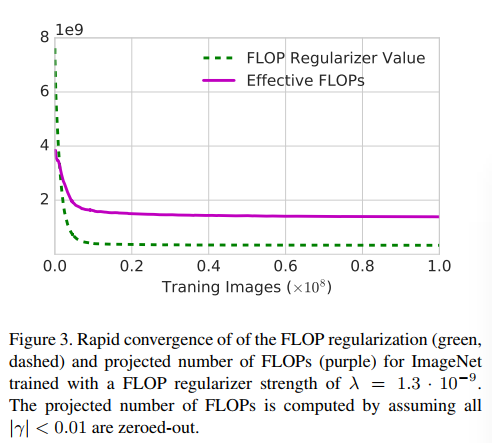 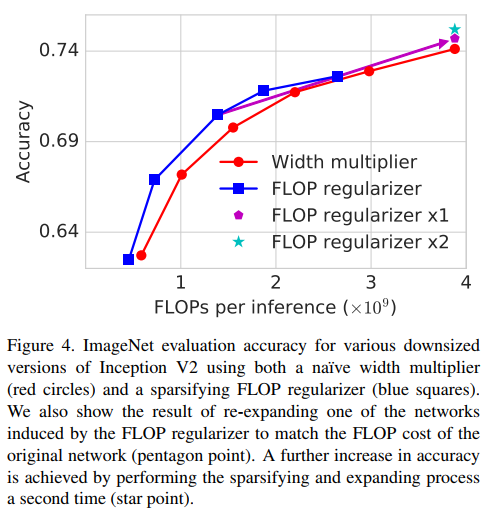