The task is the following, from a 2D image, the model generates the full 3D object. The output is a 3D cube and is learned by binary crossentropy.

The metrics used are the IoU between the volume generated and the groundtruth volume or the Chamfer Distance, which is the distance between a point and its closest groundtruth point. On most task, they are even better than methods that require a mask and are overall better than all previous methods.

To enforce the naturalness of the object, they train a WGAN that will classify whether an object is natural or not. 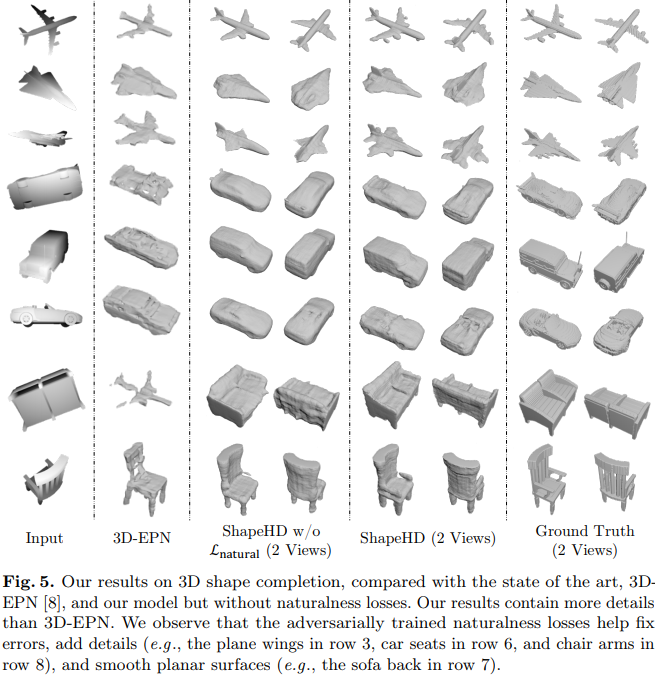