Over 1 million images from over 200 countries. Each image provides at least one bounding box annotation containing one of 63 categories.

Meaning of the paper

The paper presents an analysis of the dataset along with baseline approaches to show relation about metadata and temporal views. 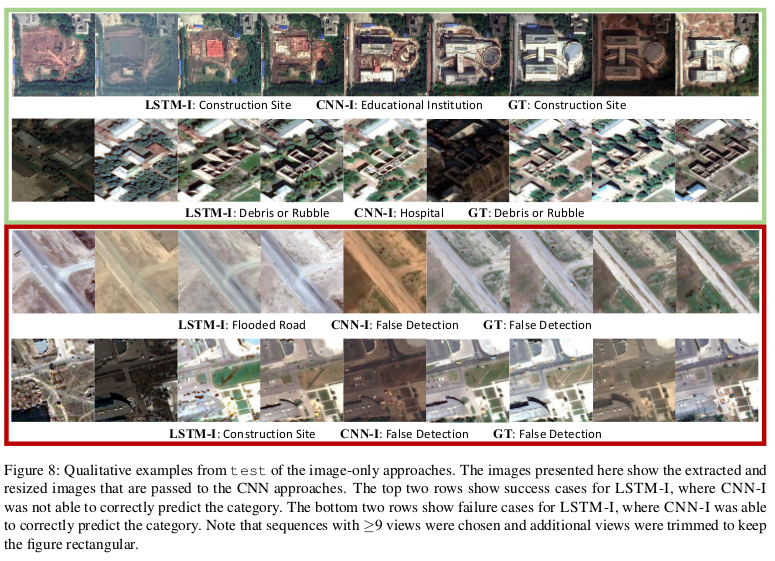 That temporal changes may not be particularly important for several of the categories. CNN-I and CNN-IM are already reasoning about temporal information while making predictions by summing the softmax outputs over each temporal view. The results for approaches using metadata are only making improvements because of bias exploitation. To show that metadata helps beyond inherent bias, they removed all instances from the test set where the metadata-only baseline (LSTM-M) is able to predict some of the category well.