The proposed work to generates all object proposals simultaneously using a multiframe in previous papers, two-stage CNN for videos in WAMI in a more computationally efficient manner than background subtraction or sliding-windows, effectively combining both spatial and temporal information in a deep-learning-based algorithm.

Following the focus on the second stage of the network on each proposed ROOBI to predict the location of all object(s) simultaneously, again combining spatial and temporal information. 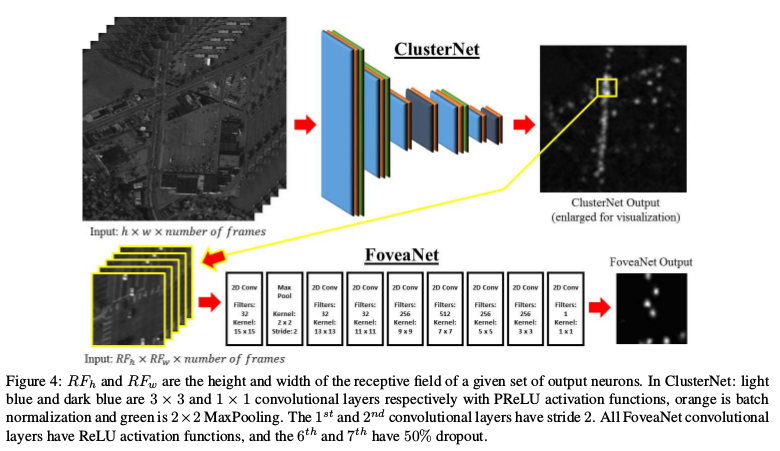 The effect is ClusterNet allows ignoring large regions of the search space while focusing a small high-resolution fovea centralis over regions which contain at least one to several hundred vehicles, illustrated below. 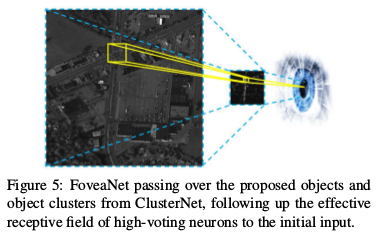 FoveaNet then predicts the location all of the vehicles within that region to a high degree of accuracy for the given time frame of interest.

And AOI 42 is simply a sub-region of AOI 41 but was included to test the method against the one proposed by Prokaj et al. on persistent detections where slowing and stopped vehicles were not removed from the ground truth, even though Prokaj et al. uses tracking methods to maintain detections.