A “guiding block” is added inside a CNN (at the “smallest” encoding layer) that uses text hints to modify feature maps in order to refine the CNN’s prediction.

In order to modify activation map \(A \in \mathbb{R}^{H \times W \times C}\), an RNN reads a sentence (parsed into a word embedding), and the last RNN state is fed to a dense layer that predicts:

An automatic hint generation algorithm was developed to generate hints that are useful for the model.

Using the ground truth and the predicted segmentation, a “query” is created based on a few criteria such as missing semantic classes, noise in the prediction or wrongly predicted pixels that should be replaced.

To do so, the image is divided in a coarse grid, and each cell is evaluated for missing or mistaken classes. Then, a class is selected from the possible choices and a query is generated based on the position in the grid. 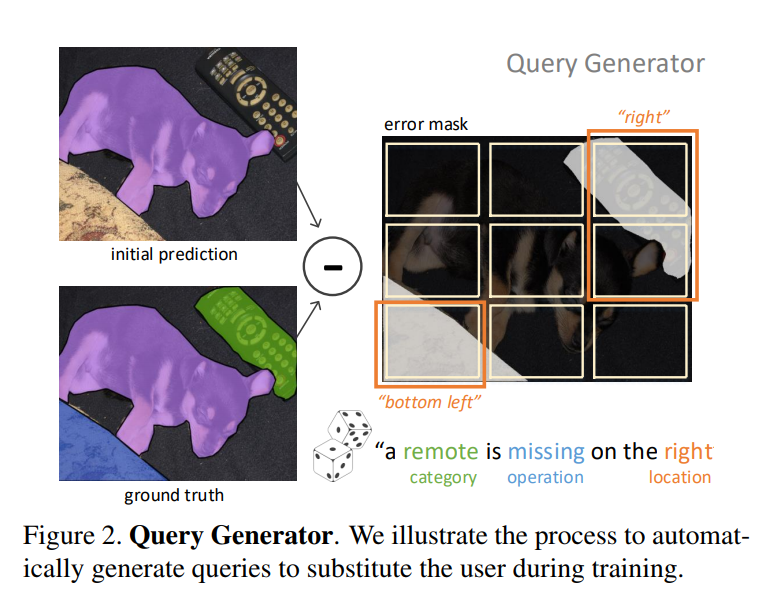 Various experiments were done on PascalVOC (2012) and MSCOCO-Stuff (2014), that evaluate where the guiding block should be placed, how many hints are needed, how complex should the hints be, etc. 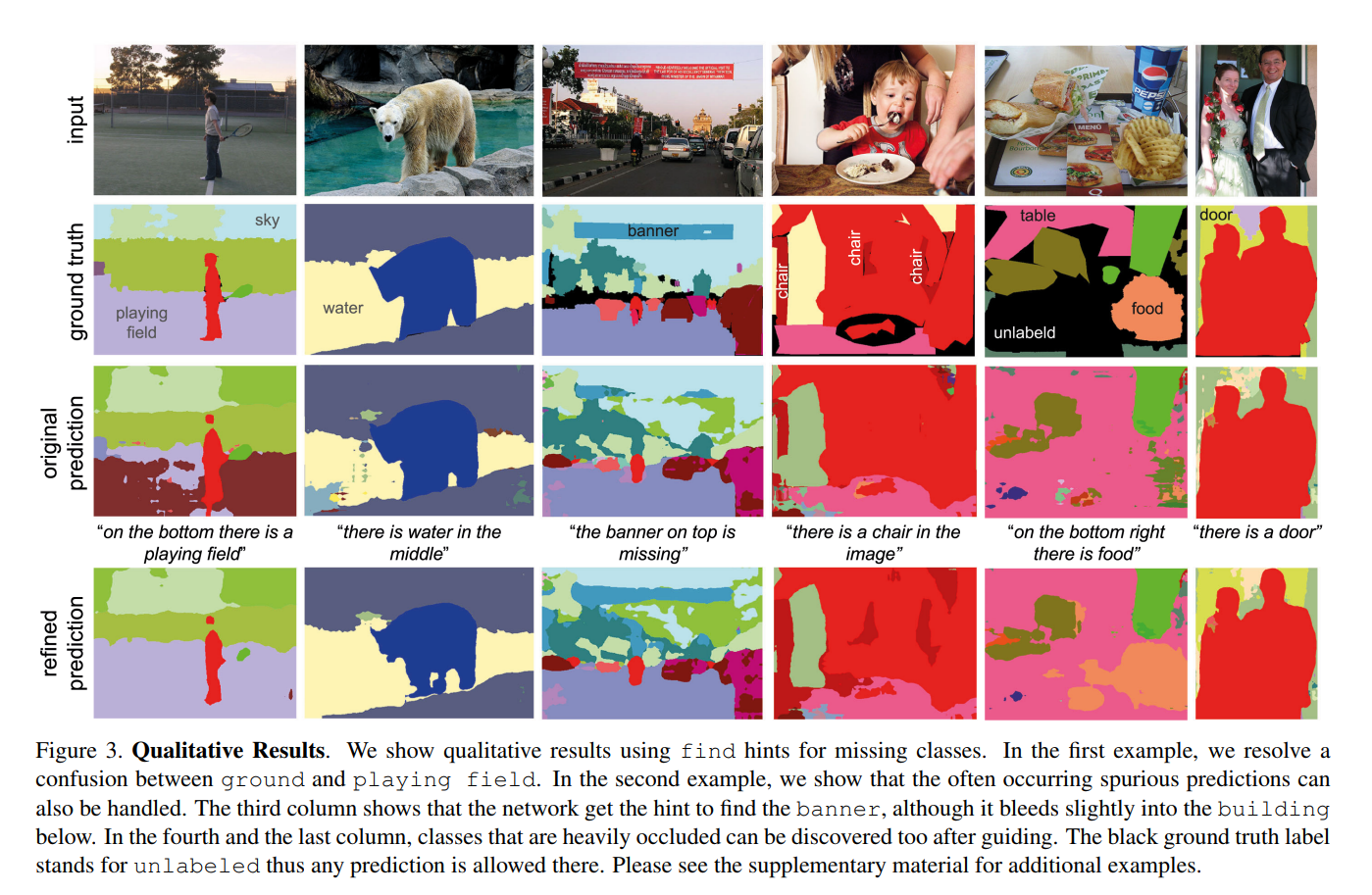 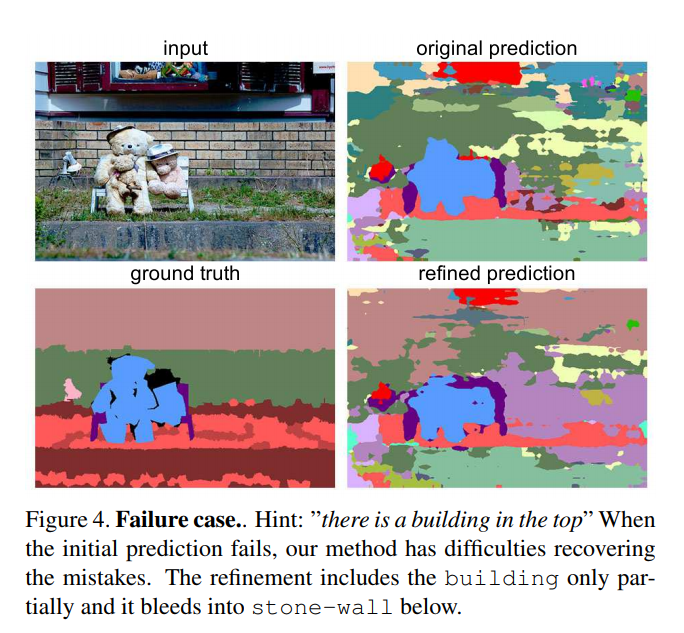 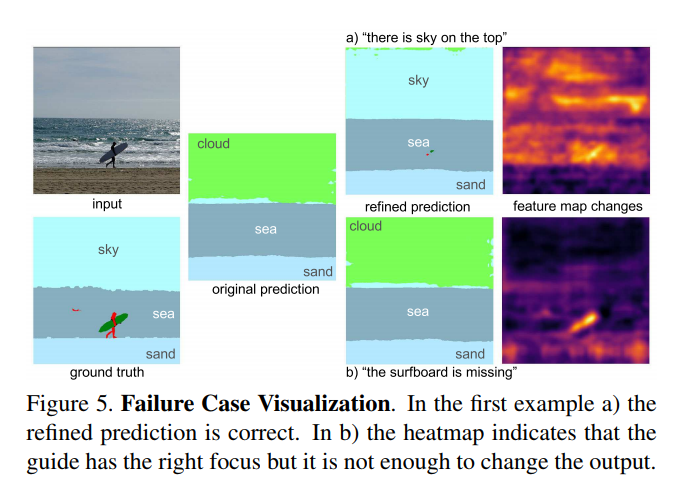