The authors propose to describe datasets with topology, a mathematical field whose purpose is to characterize data.. Using this technique, they propose a data-first architecture selection. 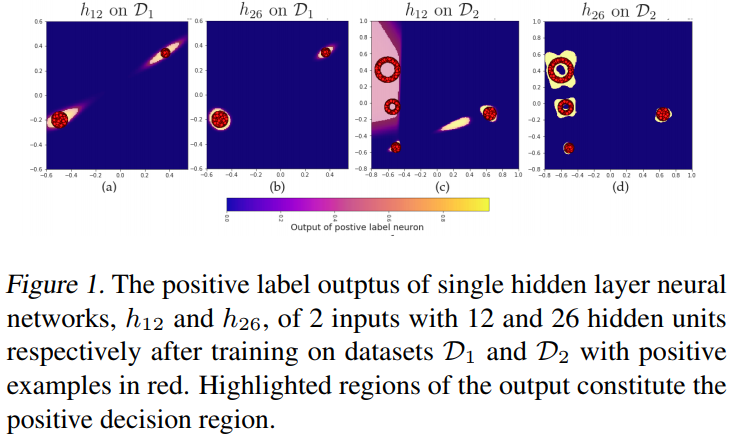 Basically, topology characterizes shapes by their connectivity. In topology, two sets are similar if there exists a continuous deformation (rotation, translation, etc) such that the sets become equal.

Furthermore, algebraic topology will characterize data with a measure of geometric complexity. For exemple, \(D_1\) as the following complexity : \(\{Z^2, 0 , 0\}\). The first dimension is the number of “0D” holes, the number of connected components, there is no ring and no “3D” hole.

In this work, the authors use groups to describe “holes” in the data. Two sets are equivalent if the groups assigned are isomorphic.

In practice, homology is computed with connected components. They compute it by increasing a radius \(\epsilon\) around each point. From the car class of CIFAR10, they first compute an embedding of the dataset (LLE with 120 neighbors). They then compute the homology for various \(\epsilon\).

Furthermore, they show that the homological complexity is in relation with the number of neurons one would need to correctly approximate this function. 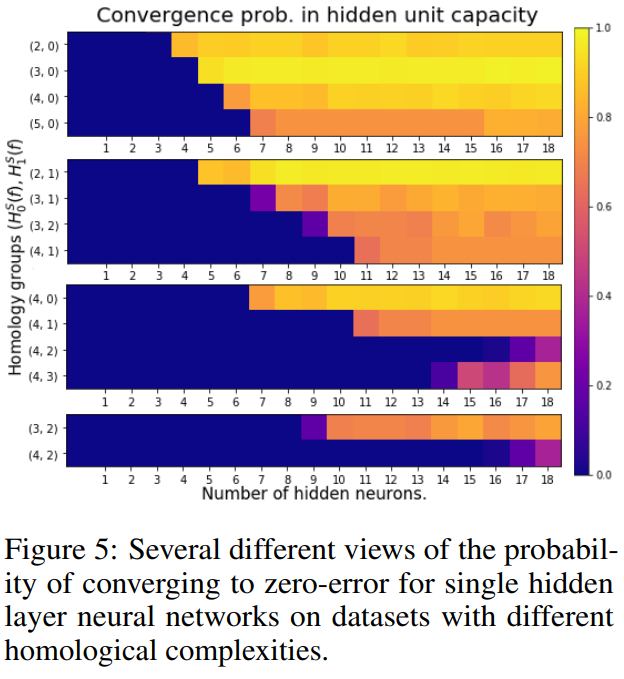